A deadline passed on Oct. 3 for countries in the EU to opt out of future "GMO Crop" planting approvals.

This "opt out" arrangement was a compromise designed to also allow some other EU countries to move ahead with GM approvals - something that has been extremely difficult to do through any united EU regulatory process.  There is a possibility that farmers in these countries may finally be allowed to use 20-year-old technology that is widely adopted around the world.  On the other side of the coin, there are 19 countries have indicated that they wanted to eschew this technology indefinitely (Austria, Belgium (Wallonia), Bulgaria, Croatia, Cyprus, Denmark, France, Germany, Greece, Hungary, Italy, Latvia, Lithuania, Luxembourg, Malta, The Netherlands, Poland, Solvenia, the UK - Scotland, Northern Ireland and Wales).

The scientific community in the EU is appalled by the way that politics trumps science, but their voice has had little effect.  It is worthwhile to consider what these anti-GMO countries are not giving up, what they are giving up, and who it is that will be affected by the decision.

What Isn't Being Given Up

Few if any farmers in the "opt out" countries will have to give up their prior use of biotech crops. They have never had that opportunity, so this changes nothing in terms of existing practice. Also, since this only pertains to crops grown in the EU, it won't likely change the fact that the region has been importing massive amounts of "GM" animal feed crops from countries that allow biotech traits. Countries in the EU often present themselves as net exporters of food, but that is only true in terms of net income.

Many EU countries import animal feed and then export meat, dairy and other higher value products. That part of their economy is very dependent on imports, and these current changes are in no way a move towards food supply self sufficiency in the region.

The EU consumers in these 19 countries are not giving up their own comfort.  These relatively rich countries will probably never feel any food security ramifications from this opt-out.  If their own farmers can't supply something they demand, it can always be imported, and their buying power will exceed that of other import dependent societies around the world when supplies are tight.

So overall, the vast majority of people in these 19 countries who don't farm are not giving up anything through this politically-driven decision to opt out of one particular method of plant genetic modification.  However that is not the case for everyone.

The farmers in the 19 opt-out countries do not have "GMO" crop options today, but there are potential biotech traits that would be very helpful for them in the future - a future that will be limited by this opt-out decision. (see specific examples below.)

Because only a tiny minority of citizens in the developed world still farm, farmers lack political clout. 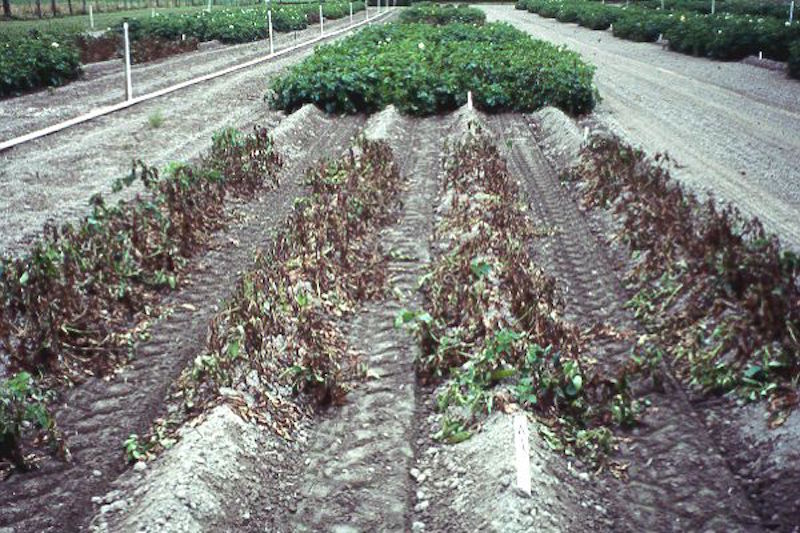 Potatoes are a major crop in many of these countries, and EU-based technology groups like the Sainsbury Lab have logically used biotechnology to move disease resistance genes from wild, Andean potatoes, into commercially relevant European potato cultivars.

That is extraordinarily difficult to do through "conventional breeding" because potatoes don't normally reproduce through seed. The biotech potatoes are resistant to the disease which caused the Irish Potato Famine and which requires extensive fungicide treatment today. The potato growers in the 16 countries are being told that they must give up that option.

Olives are an important, ancient, and culturally important crop in some of the opt-out countries, particularly Italy.  That venerable crop has only recently begun to face a threat from an exotic, introduced disease.  A "GMO" option might be one of the best hopes for olive farmers, but they are being told that their fellow citizens have decided to deny them that potential solution.  Many of the 19 countries have important wine industries.

They, like all wine grape growers, are growing the traditional grape cultivars that have hundreds of years of reputation.  Biotechnology is an extremely logical way to move some disease resistance genes from other wild grape species around the world.  That won't happen.  The opt-out countries are definitely giving up things that would benefit their minority farmer citizens, but when politics trumps science for regulation, the farming community will always be the loser.

The Ramifications Of These Opt-Outs Beyond Europe's Borders

If this was simply about some relatively rich countries that represent only a small fraction of global population and had negative ramifications for only their farming community, it would be one thing.  Unfortunately, throughout the history of "GMO Crops," the decisions of EU countries have had widespread ramifications in developing countries where billions of much poorer people live.

In his book, Starved for Science published in 2008, Robert Paarlberg documented how the mostly EU-based "rich world" precautionary approach to biotech crops was projected on Africa in particular, and developing nations in general. Some countries in Africa, such as Kenya are seeking to break through this blockage, but these are the exceptions. Certain environmental NGOs have made anti-GMO campaigning central to their activities in the developing world and have put tremendous effort into opposition to "GMO" options.

They have opposed insect resistant Bt-Brinjal which would be an alternative to repeated insecticide treatments, typically applied hand and even by children. 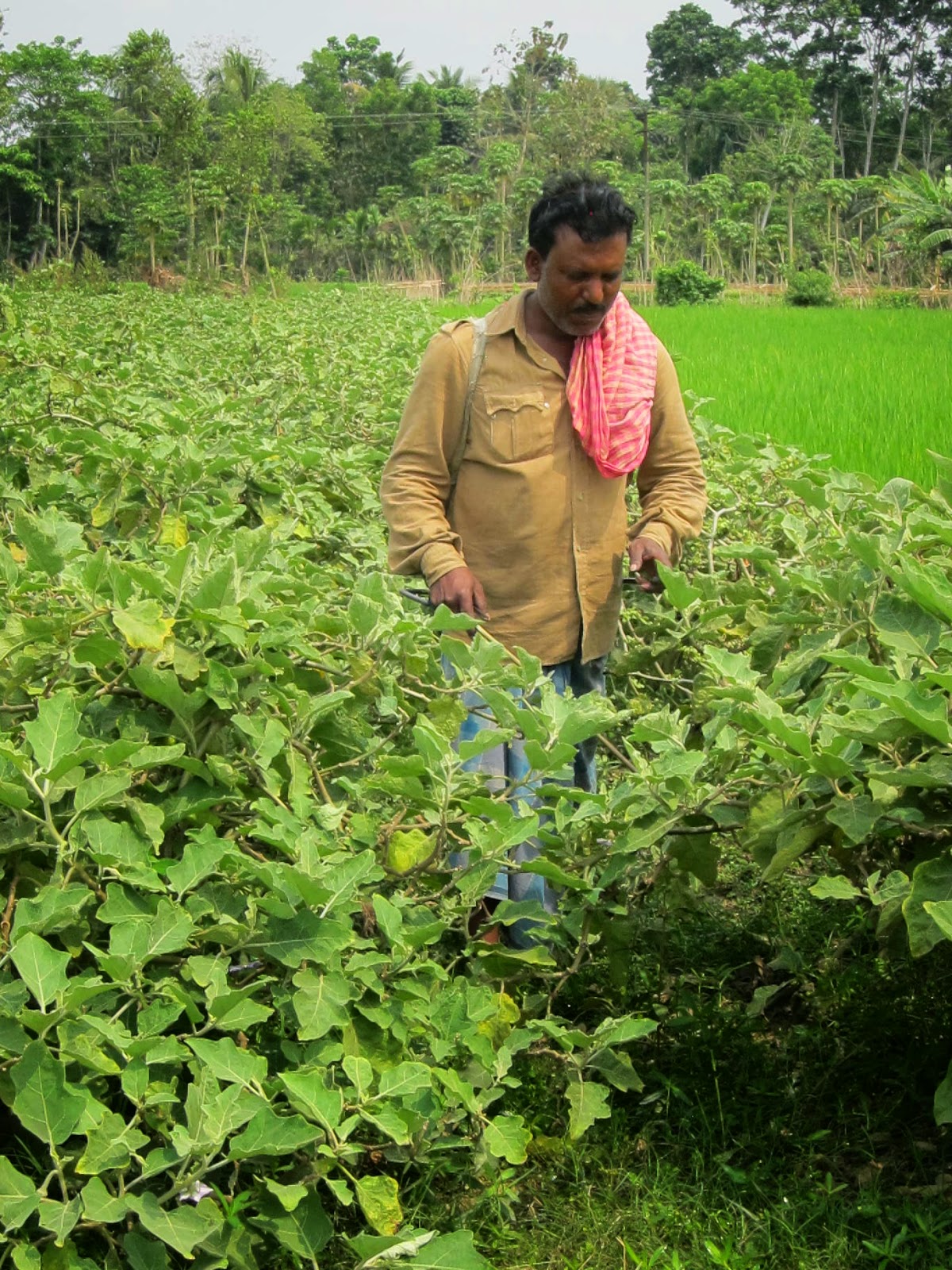 From blogger Joan Conrow who interviewed farmers in India. "“I am waiting for the Bt brinjal. We cannot continue this crop with so much spraying. After two, three days, my skin is itching and I feel nausea. Sometimes I feel like maybe I am going to die.”

They have prevented the introduction of Golden Rice which could prevent vitamin A deficiencies that often cause blindness and death in some poor regions today. They have opposed the introduction of disease resistant bananas in parts of Africa where bananas are an important part of the food supply that is threatened by a new pathogen.   This "opt-out" phenomenon in parts of the EU is likely to reinforce the role of rich world influence on policy decisions in countries where food security is a far more pressing issue.

So this round of opt-outs changes nothing in terms of current farming practice and has no real cost to the citizens in these countries who are driving the decision.  It does; however, have real costs for others.  It will deny many EU farmers potentially valuable options in the future, particularly as the science of genetic engineering advances.  It will foster continued "green imperialism" which is the export of Europe's extreme precaution to parts of the world where food scarcity is real and where farmers could greatly benefit from biotechnology.

This is frustrating considering that crop biotechnology was introduced with great care and regulatory preparation.  The technology has an excellent track record of safety as well as economic and environmental benefits.

I guess what we have learned is that there is no statute-of-limitations on saying "the sky is falling."