It is that time of the year, the season, and a good excuse to contribute with something that can be at most only very loosely connected with science. These happenings unfolded around this time of year, and it involves all the makings of a good Xmas story: lots of snow and cold overcome mainly by the warmth of hearts.

It happened back in 1993, when in the east of London, especially around the tube stations of Leyton and Leytonstone, new age travelers squatted a whole row of streets along the subway tracks in order to stop the M11 motorway's A12 link extension. That was quite a strange scene with lots of weird people and happenings. Once the whole of Claremont Road, about twenty or so Victorian houses long, many old people and youngsters included, was tripping on LSD. Mind you – I am talking about the nineties, not the sixties here.

Similar also happened in other places like in Berlin’s infamous Koenig’s Street, but those almost homogeneous groups of militant Germans were no match to the wildly mixed bunch of British tree lovers. Maybe it was the complete destruction of the communal kitchen house by means of a sledge hammer on that night that prompted me to look elsewhere for a change of venue. After all, they wanted to protect the houses from being wrecked, yet here they wrecked one by themselves – and I mean wrecked! I stumbled upon the news of that there was a small group of squatters up in Scotland surviving the winter in mud holes and on trees, trying to protect the forest. I thought that if there is anything weird I have not experienced yet, it could likely be found there, and so I hitchhiked up to Glasgow.

Up in Glasgow during that winter, in the so called Pollok Free State, I had my coldest and yet warmest December season that I remember, although I have to admit I do not remember too much besides constantly warming my feet and drying my socks and boots next to the fire, at times having them go up in flames. One incidence I will however never forget. There was Rob, or Bob, or Dob – he changed his name every day it seemed. Robadob, as I called him after a while, was a black Rastafarian of uncertain origin.

He was not the brightest candle in the chandelier, but a really nice guy. He carved a week on a big wooden sign and positioned it at the entrance to the camp. The sign read “Wellcome”, so that everybody visiting knew right away that here are a bunch of morons that cannot spell even one word, not even if it is the only one that is right out there visible to everybody. In Germany we would have destroyed the sign and I was about to do so, but here they were new age: Why not spell it that way? Maybe one should!

One day around Xmas, it was time to dig a new shit hole. You see, we had to relieve ourselves somewhere, and so there was a wooden frame with a roof above and a huge hole beneath. The plan is: You slowly fill it, then abandon it, dig a new hole, erect the frame and roof over the new one, repeat. We are talking a rather large hole with many people emptying their bowels into it over a month or two. At times there were fifty to a hundred people, depending on the events unfolding. The hole happened to be full again and it was time for a new one. Apparently it was now Robadob’s turn to dig the shit hole, and he would not refuse such an opportunity to contribute to the community. Grabbed a shovel and off he went.

Ok, the ground was frozen, so perhaps it was a little unfair, but Scotland is not Russia; there are no meters of permafrost to overcome. The mission should not have failed “on those grounds”.

Given the fact that the ground was frozen and these holes are rather large, Robadob returned surprisingly early, and when he returned, there was a distinct smell about the camp fire all of a sudden.

“Robadob, did you already dig the shit hole?” 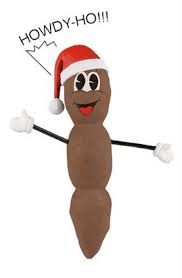 Person after person left the fire in order to see and returned in disbelief: “Did he?” - “You have to go and see for yourself, and please tell me whether you saw what I think I saw.”

Turns out, he in fact dug the shit hole, but not a new one. He dug the old one and spread the contents evenly around the area. However, that is nothing yet, as the really interesting part is his technique for doing so. As he proudly explained, he took the shovel, filled it with brownies, put the shovel half over a tree stump, and then jumped on the handle, thereby tossing the semi solids all over the place including of course: himself. Again and again until the shit hole was all good to go again.

I think the mission might have just failed due to grammar: “Go dig the shit hole” differs from “go dig a shit hole”, and perhaps it was not clear to him that “the” only implied that the task was long anticipated to be closing in on us and therefore mentioned plenty of times before.

I guess he would have been fed to the skinheads at that point if in Berlin, but Scotsmen, at least those I met, are a warm breed. These were new age travelers on top of that, and maybe most importantly: It was that time of year. 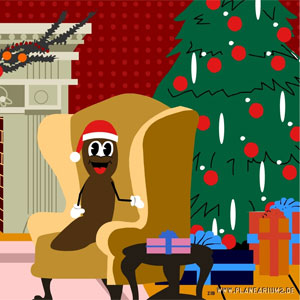