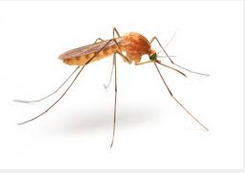 It was Monday’s “big” health story, or so we were told.

According to CNN, there’s now an established link between the development of childhood cancers, primarily leukemia and lymphoma, and the use of pesticides.

Sounds scary, maybe even real. But does the science hold up? Maybe, maybe not.

Make that, probably not.

Dr. Chensheng Lu, associate professor of environmental exposure biology at the Harvard T.H. Chan School of Public Health, the lead author of this research, thinks so. But he’d be mistaken, as he is almost every time he is involved in a paper. And a meta-analysis makes it easy to scare people.

Lu and colleagues did a meta analysis of a combination of 16 previous studies that examined whether there was a correlation between these cancers and exposure to the chemicals that are found in bug sprays.

Their conclusion? Children who were exposed to insect spray indoors appeared to have about a 45 percent increased risk of developing leukemias and lymphomas. Although while this may sound terrifying if taken at face value, there are many reasons why it should not be taken that way at all. They’re all sorts of flaws in the study, some of which are rather obvious.

Let’s begin, in no particular order:

As for CNN.com’s Carina Storrs, who relayed the study’s conclusions to the public, her work was equally dubious. Here’s why:

In the end, this study is same old, same old, with some sloppy journalism thrown in to make matters worse. All told, it’s a scary headline based on a flawed or inherently limited study, which may or may not have any validity.

What’s the end result? It will accomplish nothing other than add to the already-ridiculous fear of chemicals that has already gripped the world.

The full study will be published in the October issue of the journal Pediatrics.

Republished with permission from the American Council on Science and Health. Read the original here.