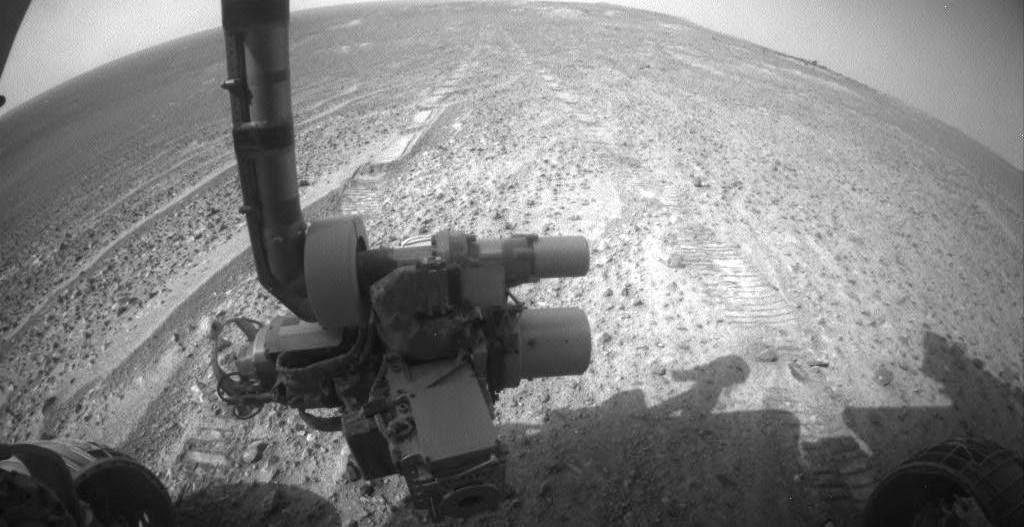 NASA’s Opportunity Mars rover, also known as "Oppy", is continuing its traverse southward on the western rim of Endeavour Crater despite computer resets and "amnesia" that have occurred after reformatting the rover's flash memory. The problems have forced the controllers to switch the robot to a working mode that avoids use of the flash data-storage system. In the no-flash mode, the rover can continue normal operations of science observations and driving, though it cannot store data during the overnight sleep. The good news is, the restoring of the rover's flash memory will begin soon. “Testing of a work-around to mask the faulty bank of flash will begin shortly after the Christmas-New-Year break,” Guy Webster, NASA’s Jet Propulsion Laboratory (JPL) spokesman me.
Data gathered each Martian day is stored in volatile memory, which on Opportunity is random-access memory, or RAM. That data stored in volatile memory is relayed Earthward before sleep because it is lost when power goes off.
The team is developing a set of commands to restore usability of the flash memory through an overhaul more extensive than the reformatting that has been used so far. The incidents of Opportunity's flash memory not accepting data for storage have occurred in only one of the seven banks of flash microchip circuitry on board. The team plans to send commands for the rover to avoid that entire bank.
“Both Spirit and Opportunity began experiencing faults related to flash within a few years after beginning to work on Mars - after working more than a dozen times longer than planned lifespan,” Webster said. He noticed that late January 2015 will mark completion of 44 times the Opportunity mission's original planned operating life on Mars.
Opportunity is currently examining outcrops on the western rim of Endeavour Crater while traversing southward toward "Marathon Valley," where clay minerals have been detected in observations by NASA's Mars Reconnaissance Orbiter.
But what about other scientific instruments on board Oppy? “The miniature thermal emission spectrometer is not used any longer; dust accumulation on a mirror complicated interpretations. The radioisotope source on the Moessbauer spectrometer has gone through too many half-lives for that instrument to be practical for use any longer, since each reading would take weeks. The radioisotope source on the alpha particle X-ray spectrometer has also diminished considerably, so that readings now take longer than they did in the first few years. It is still used and useful, though, and the other instruments are still OK,” Webster revealed.
NASA's Mars Exploration Rover Project landed twin rovers Spirit and Opportunity on Mars in early 2004 to begin missions planned to last only three months. Both rovers far exceeded those original plans. Spirit worked for six years, and Opportunity is still active. Findings about ancient wet environments on Mars have come from both rovers.

The project is one element of NASA's ongoing and future Mars missions preparing for a human mission to the planet in the 2030s. JPL, a division of the California Institute of Technology, manages the project for NASA's Science Mission Directorate in Washington.
Astro Watch
More Articles All Articles
About