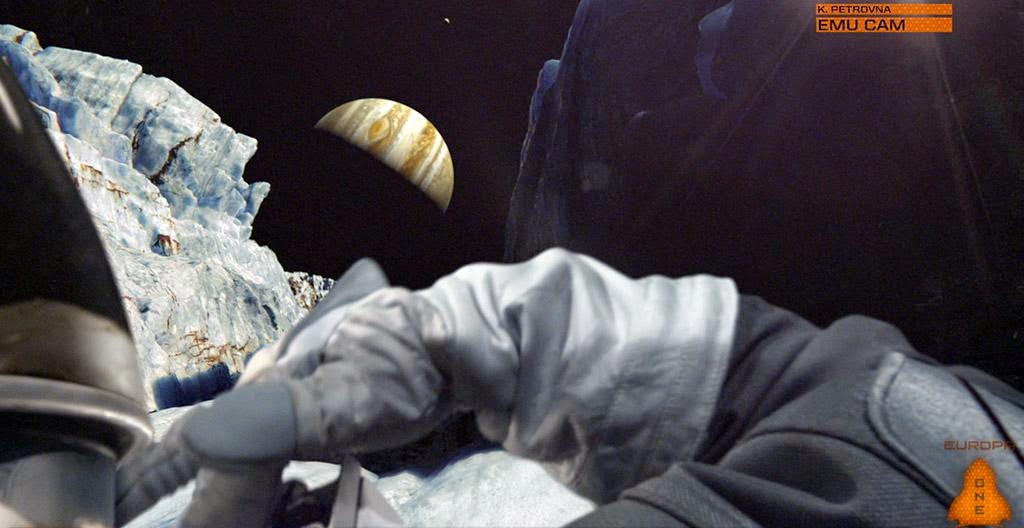 It is believed that the moon has a subsurface ocean of liquid water, where life could possibly be similar to microbial life forms on Earth.

The likely presence of liquid water has ignited persisting calls to send a probe there. Currently NASA and ESA plan their own missions to the potentially habitable moon. Europa Clipper mission has just got approved for $30 million in the 2016 NASA budget and ESA’s Jupiter Icy Moon Explorer (JUICE) is scheduled for launch in 2022.

But an astrobiology expert, Christopher Impey of the University of Arizona, thinks that the private sector could also take part in the race to Europa. “I think the private sector could step in. If Google or Amazon wanted to fund a more ambition mission and ‘brand’ what would potentially be the first detection of life beyond Earth, it would be an enormous coup,” Impey told astrowatch.net. He is the author of popular books about astrobiology: ‘The Living Cosmos: Our Search for Life in the Universe’, ‘Talking About Life: Conversations on Astrobiology’, and ‘Frontiers of Astrobiology’.

A private mission to Europa is not a new idea. In 2013, an international team of volunteers headed up by Kristian von Bengtson, the founder of Copenhagen Suborbitals, an open source DIY space program based in Denmark, announced the plan of sending a crewed mission to the icy moon. But before they launch any spacecraft, they're launching a crowd-researching campaign.

At the moment, they are soliciting ideas and crowdsourcing research to look into the feasibility of a manned mission decades from now. The only catch is that the trip is one-way with no hope of return at the end of the mission. However, they haven't ruled out a robotic mission.

“The idea was not to be just three nerds meeting once in a while trying to pull this project off because that’s completely unrealistic,” von Bengtson said in 2013 about the Objective Europa project. “The second option would a government-funded project with a big priority and that’s never going to happen. But I think it’s possible to do this if you just find everybody who finds this project appealing and interesting. That’s how you can do this, at least the research phase.”

To fully inspect the possible subsurface ocean it is needed to drill through the ice layer on Europa. Astrophysicist Neil deGrasse Tyson said in a 2007 lecture: "I want to go to Europa and go ice fishing. Cut through the ice, lower a submersible, look around and see what's there, see what swims up to the camera lens and licks it." So what stops us from going ice fishing on the Jovian moon?

Impey believes that money is the main obstacle. “A mission like this has been on the drawing board for two decades and there are no technical showstoppers to doing it. The issue is money. The Clipper concept will orbit Jupiter and do rapid fly-bys, which keep it fairly cheap. A true orbiter is a billion dollars or more. And a lander and a means to drill or melt through the ice and release a hydrobot would cost $2-3 billion. That's not going to happen for decades,” he said.

Needless to say, the vision of human exploration of the potentially habitable moon, proposed by Objective Europa team is far more unrealistic for Impey. “That would be great, but is a real stretch. Manned missions to Mars are $10-20 billion and unlikely to happen for 10-15 years, despite what Mars One web site says. The far greater time and energy cost and requirements for life support to Jupiter make that extremely expensive. I doubt it will happen until we have a Moon base and a Mars base and are regularly traveling within the Solar System.”

While the human space exploration is still in its infancy as we haven't been able to get further than the moon, Impey proposes to focus on what we have now. “The [Clipper] mission very recently got approved for $30 million in the 2016 budget, which will allow it to proceed, while several other planetary missions may be cut or canceled. The mission costs much less than a full orbiter so is likely to stay within NASA's budget constraints.”

He noticed that the proposed NASA mission would teach us a lot about the intriguing Jovian moon: “The Clipper may do a splash-off experiment, dropping a projectile onto the ice and ‘sniffing’ the composition of the material that flies off, and that would reveal whether or not the ice is mixed with organic materials and life ingredients. The modern instrumentation of an orbiter would do sensitive remote sensing and if not detect life, at least show that the condition are right. It will measure the ice thickness very accurately and so show the best place to eventually drill. It will monitor changes in the ice and so show how much energy exists in the ocean underneath. A lot will be learned.”

In general, scientists' consensus is that a layer of liquid water exists beneath Europa's surface, and that heat from tidal flexing allows the subsurface ocean to remain liquid. But the opinions are split on the presence of life on the icy moon. “Astrobiologists are moderately confident. The big unknown is the salinity and chemical balance in the ocean under that ice pack. But there is modest heating from the interior, so even though it is a cold environment for life, terrestrial extremophiles handle that with no problem,” Impey said.
Astro Watch
More Articles All Articles
About