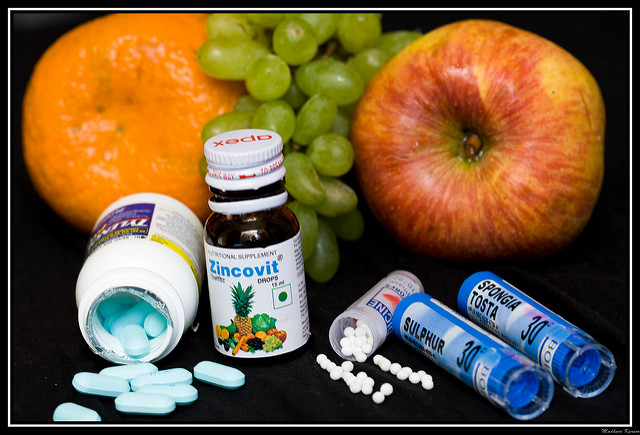 Evidence-based medicine is a sensitive topic for naturopaths. They love to claim that naturopathic medicine is safe and effective.

Yet, naturopaths are known to practice using treatments that have been disproven and dangerous. Naturopaths do not practice according to well-established medical standards of care. Nor, do they complete basic medical training as primary care physicians do. Still, naturopaths claim to be “science-based.”

To prove this, a group of leading naturopathic researchers set out to evaluate naturopathy.

Using a sneaky methodology called “whole systems research,” this group conducted a meta-analysis of naturopathic studies and concluded that the quality of naturopathic research is “generally good” and that naturopathy improves the health and quality of life of patients with chronic diseases.

The authors should know better. Erica Oberg, Ryan Bradley, and Carlos Calabrese have masters in public health degrees from the University of Washington. Dugald Seely has a master of science degree in cancer research from the University of Toronto. Joshua Goldenberg co-authored a Cochrane systematic review on probiotics. Only one author, Jane Saxton, does not have an ND degree; she is the director of library services at Bastyr University. Many of the authors are some of the most prolific researchers in the naturopathic profession. (I wrote about Seely and his efforts to study naturopathic cancer treatments in my last post.)

How did these seemingly qualified researchers conclude naturopathy was effective based on shoddy studies?

Easy. Oberg and colleagues ignored the conventions for conducting systematic reviews and made-up their own rules for critically evaluating research. This resulted in a fatally flawed analysis that distorts reality. Based on the included studies, it is impossible to conclude that naturopathic medicine is anything but imbued with bad science.

Naturopaths studying their own quackery with quackery?

Whole systems research was invented to study therapies that had already been discredited by rigorous randomized controlled trials (RCT). Homeopathy and acupuncture are often studied in this framework because it more often than not brings positive results but at the expense of scientific validity.

Naturopaths believe whole systems research is a valid method for investigating the effectiveness of naturopathy. Because naturopaths prescribe multiple—sometimes endless—therapies concurrently or in succession, they argue that naturopathic medicine cannot be evaluated by a “single-agent placebo-controlled model.”

This claim is simply false. Well-designed RCTs can always and must be used to study medical interventions. Unlike these naturopaths, real scientists do not move the goal posts to accommodate belief systems.

In the scientific community, there has been push back over complementary and alternative medicine (CAM) researchers shunning RCTs. The distinguished expert in CAM research, Edzard Ernst, has argued that whole systems research is simply a way for alternative practitioners to dismiss scientific findings that, for the most part, demonstrate alternative medicine is useless. David Gorski, managing editor of the Science-Based Medicine blog, has characterized whole systems research as “destroying science in order to save it for naturopathy.”

I guess it makes sense that since naturopaths practice alternative medicine, their research methods must be alternative too.

It is true that naturopaths typically prescribe multiple therapies at once—I did when I practiced as a licensed naturopath. They believe their therapies work synergistically and, therefore, transcend science. This is foolish and disingenuous

Patients deserve to know which therapies they receive are based in evidence and what that evidence says. Naturopaths seem to be exploiting "whole systems research" as a way to justify over-treating patients using numerous interventions over long periods of time. It goes like this: ignore critics of naturopathy, sway the public, and profit.

Given the political agenda of the naturopathic profession to gain licensure in all 50 U.S. states by 2025, I suspect that naturopaths hope their own research will woo lawmakers into thinking that naturopathy is safe and effective. But what naturopaths are really doing is hand-waving and saying "science."

When I was in naturopathic school at Bastyr, I was taught to distrust evidence-based medicine. In my notes from a seminar titled "Evidence-Based Medicine and Naturopathic Medicine," I wrote down the following quote from the instructor:

As we march ahead into the world of M.D.'s and how they practice, we will be held to their standards and their requirements of EBM more and more—we need to be careful because one of things that makes us special is the ability to not have to use EBM.

Naturopaths reinforce the fact that they themselves are swimming in pseudoscience—an alternative reality. They are not evidence-based practitioners just because they say so.

I am an ex-naturopathic doctor. I've been trained in the ways of complementary and alternative medicine (CAM) as currently branded by the rising...