Chanda Siddoo-Atwal
The subject of this case-study is a 44 year old female of Indian [Asian] origin with no past history of immunodeficiency. Currently, she is in reasonable health for her age and shows no signs or symptoms of any serious illness. A genetic predisposition to sunburn rather than to tan upon exposure to the sun runs in both her mother’s and father’s families.

The experimental design was identical in each trial such that the subject sat upon a park bench at noon facing the direct sunlight on a clear, sunny day. Each experiment lasted between 30 and 60 minutes following the application of sunscreen ranging from 15 to 30 spf. The control experiment was performed under the same conditions without the application of any sunscreen or sun lotion.

Photographs of the face were taken starting 24 hours from the time of commencement of initial sun exposure which was deemed as 0 hours at noon on the previous day. All experiments were conducted between the winter and spring months of February and May at Ambleside beach in West Vancouver, British Columbia (Canada). A control subject who did not get sunburnt under the same conditions was also included in the study. These same results were repeatedly observed several times under similar conditions.

The study shows that sunburn can occur despite the use of sunscreen (15 spf) containing titanium dioxide, zinc oxide, octyl methoxycinnamate, or, benzophenone-3 during winter months in a temperate climate. Indeed, it may even cause burns to be more severe or to occur in regions in which they are not ordinarily seen, for example, in the area immediately surrounding moles. However, as one would expect in areas of melanin concentration, moles themselves remain unsusceptible to apoptosis [programmed cell death]. Moreover, melanin itself is known to be a good conductor once coated with metal and two of the foremost sunscreen ingredients are titanium dioxide and zinc oxide.

In addition, sunburn can still occur while wearing stronger sunscreens (30 spf) containing titanium dioxide, zinc oxide, or, octinoxate. Although they may attenuate or even eliminate redness and inflammation, peeling of the damaged skin may not be prevented. As it is this last apoptotic phase that has been linked to carcinogenesis, this would appear to reflect an inherent weakness in the general composition of many sunscreens available to the consumer.

It also brings into question the efficacy and safety of sunscreens which effectively block inflammation, but are unable to prevent peeling following sun exposure in providing protection against skin cancer. In the experience of this subject, the natural human sunburn cycle (without the use of any sun lotions or sunscreens) is approximately one week in length (7 days) from start to finish. Macroscopically, it consists of three phases including inflammation, new tissue formation, and apoptosis (visible peeling).

The inflammatory phase consists of redness and inflammation commencing 20-30 minutes from the time of initial sun exposure. It spans roughly 2-3 days. New tissue formation is stimulated some time after initial exposure and it is complete within one week. In the last apoptotic phase, the top layer of dead skin cells sloughs off to reveal a new tissue layer beneath. This process directly follows on from the inflammatory phase and is complete approximately 7 days following exposure. While there is some redness and inflammation following initial exposure and on day 1, the inflammatory reaction seems to peak on day 2.

The onset of apoptosis (visible peeling) occurs between day 2 and day 3 while there is an accompanying decrease in redness and inflammation. The peak of apoptosis, visible as peeling, is seen on day 4 which declines gradually on day 5 and 6 as the dead cells fall away from the skin. By day 7, recovery is usually complete and the old cells have been replaced by new ones.  Thus, this case-study suggests that modifying cultural habits such as minimizing sun exposure and covering exposed parts of the body may still play an important role in cancer prevention. 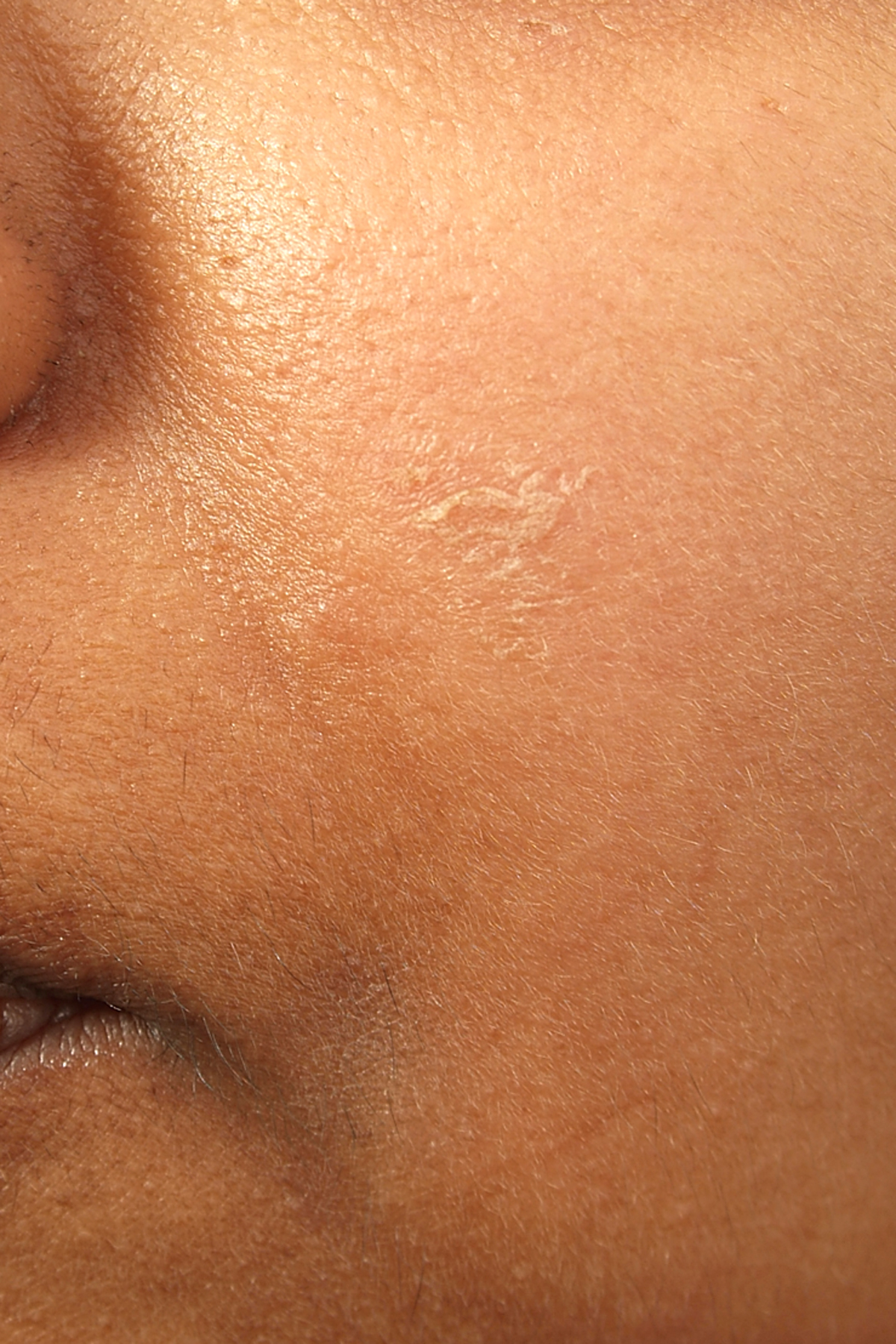