The ice bridge in Nares Strait at the Kane Basin outlet to Baffin Bay has begun to break up.

There was a plug of consolidated ice solidly wedged across the channel.  Consolidated ice is very strong in compression, but weak in tension, as I have noted in other articles, such as Bridges That Build Themselves.  From that article:

... the arch begins to fail.  It fails from combined causes.  Edge erosion from melting changes the distribution of forces.  Eventually the forces are unbalanced enough to generate resultant tension or shear forces which the arch cannot withstand.  Large chunks break off from the arch.  As long as the ice edge remains approximately arch shaped it will merely retreat.  But if the shape becomes too angular or lopsided the whole arch area will collapse.

The sudden release of energy in the 2011 Nares ice bridge has caused multiple cracks to appear within a very short time frame.  The ice has broken away in slivers, rather than being eroded slowly in nibbles.

Here are some pictures showing how the breakup is progressing so far. 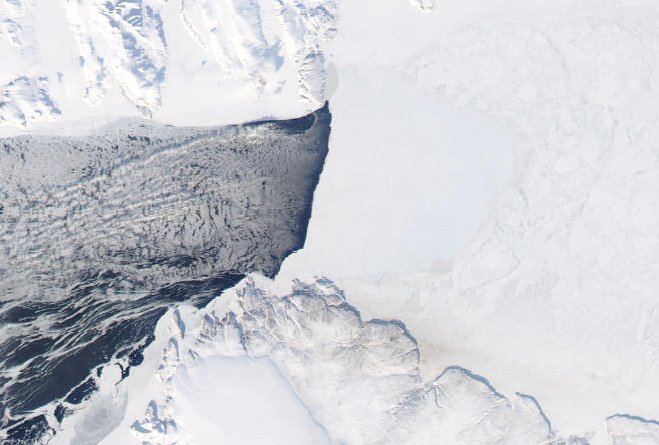 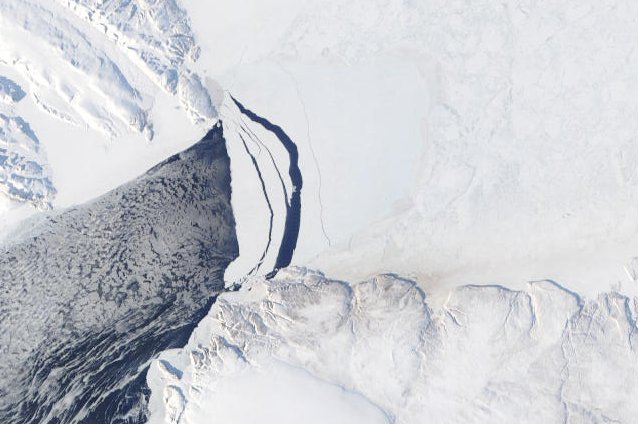 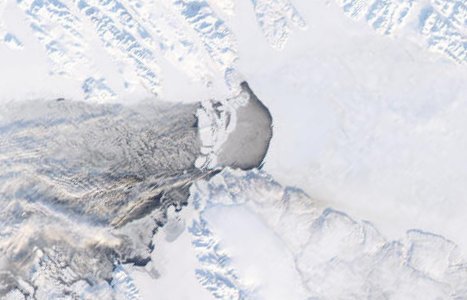 April 02 2011 - 11:55 UTC
Ice is being swept away rapidly.
Please note that this is a 'near real time' image and contains many processing artifacts.


This is how the ice and open water looks in an ASAR image. 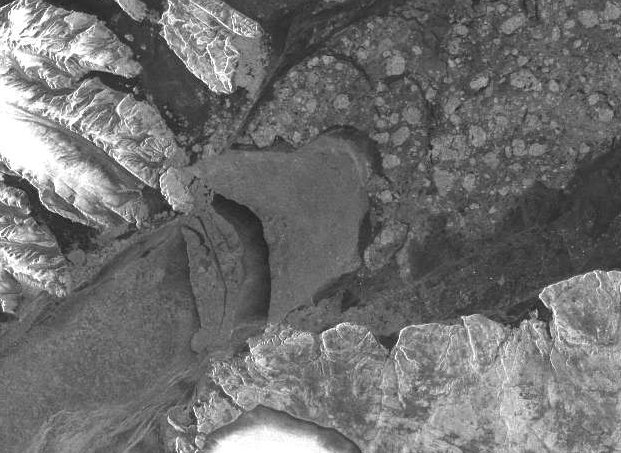