Tweet
In 2015 we predicted that if New York closed Indian Point nuclear and banned fracking, "air conditioners would stop working, but only for poor people."

And it happened. Poor residents are being told that the heat is ruining distribution equipment when in reality it's rationing and they are on the losing end - 6 weeks after elites won their victory and closed Indian Point and while the Governor tries to make the natural gas ban permanent: 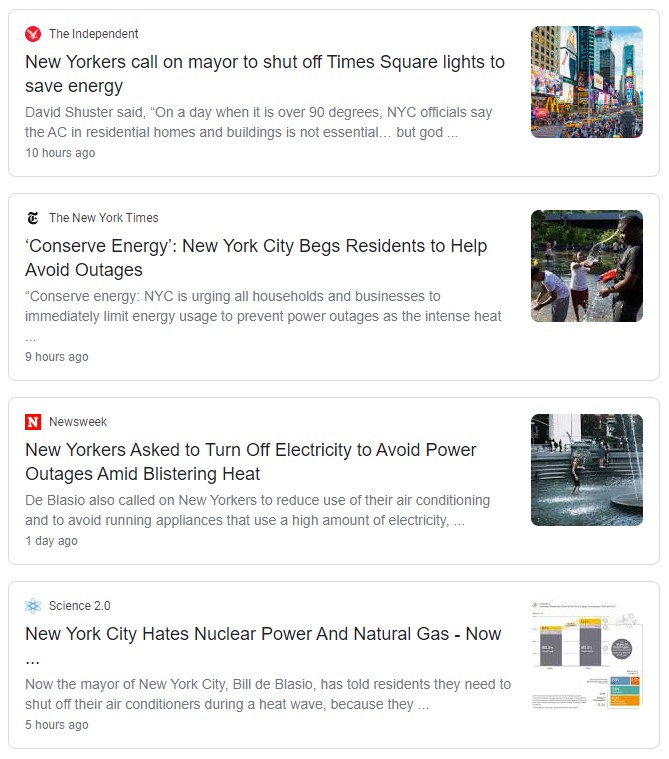