Charles Dickens Wrote A Christmas Letter To A Shipping Company That Ruined His Turkey
By Hank Campbell | December 19th 2019 10:11 AM | Print | E-mail

Tweet
This morning I took a shot on Twitter at Skybound Games, which is a presumably small company that wants to make a go of it in comics and custom collectible stuff, but are now on their third missed date for something I ordered and have also irked fans of another collectible product.

Good thing for them I am not Charles Dickens, The Man Who Invented Christmas, because if I were, people would be reading my letter 150 years from now.

Dickens is, of course, the author of "A Christmas Carol", which not only rejuvenated his career after a few flops (and over the skepticism of his publisher, because it was a relatively minor religious holiday, and adding in ghosts was garish in their minds), it made Christmas the phenomenon it is now.

I wrote Skybound because I wanted to have what I ordered for Christmas, and ordering in August is usually safe. December 17th was still no concern, even the federal government would get it here by December 25th ... if it got sent. Perhaps Dickens was patient as well, because it was only on December 24th he expressed concern that his 30 lb. (I am skeptical on that part, especially from a fiction novelist) Christmas turkey had not arrived. 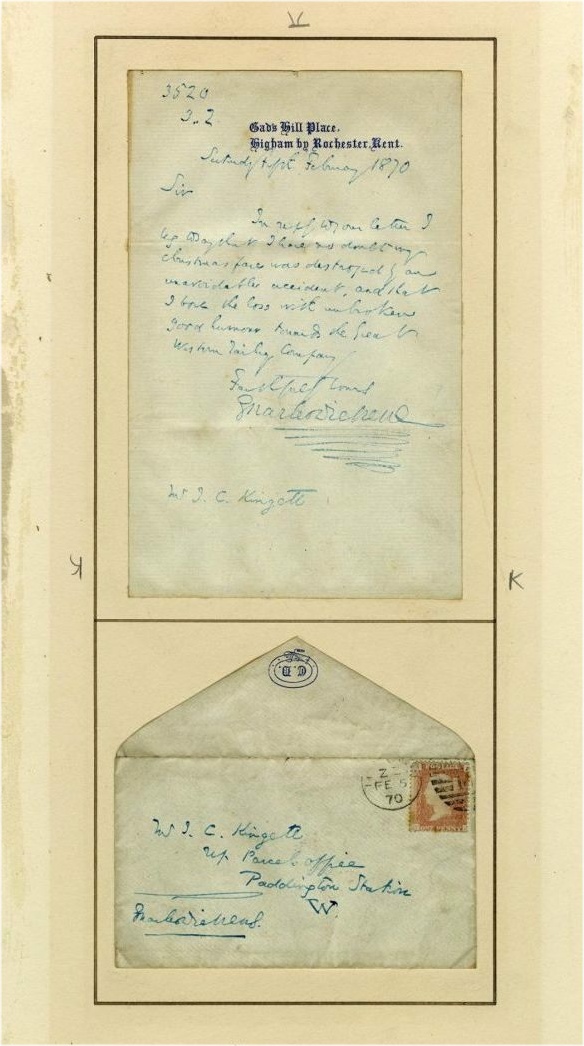 It never would arrive, but at least they wrote him back, to apologize and explain that a west London fire had ruined the turkey's journey, and he replied the following February, and that is the recently rediscovered letter, according to SWNS via Fox here in the US.

Sir, in reply to your letter I beg to say that I have no doubt my Christmas fare was destroyed by an unavoidable accident.

"I bore the loss with unbroken good humour towards the Great Western Railway company. Faithfully Yours, Charles Dickens.

Things moved at a slower pace then, or perhaps he was still on tour through January.  Either way, he died the following June and so never got that last Christmas bird. His manager should have ordered a goose.

The Superintendent who received the letter kept it, as you would a letter from Britain's most famous living author, and it was recently rediscovered at the National Railway Museum in York.

Here is hoping my summer turns out better than his did, though I am not wrong to be skeptical about any Christmas miracles happening with what I bought.