Tweet
You might not think the somber, sacred nature of medieval Catholic rites has much in common with the ornate, secular pomp of Hollywood films, but they do - everything from "Star Wars" to "It's A Wonderful Life" uses a particular four notes to get serious points across.

Nothing would be more ridiculous than an evangelical doing an exorcism in a possession movie, you need to have Latin to get the cultural power flowing, even though no one speaks Latin (unless you have a really old priest, since when Vatican II decided to become hip and use local languages for mass no one doesn't understand Mass equally any more), and it helps to go old school in cinema as well.

So they do, with parts of the "Dies irae" poem, famous in the Requiem, where at Judgment Day the saved will be delivered and the unsaved cast into eternal flames. It is also Gregorian chant.

As you might guess even seeing the anglicized version of the word "dies", this chant was used in a funeral mass but after Mozart made it a popular thing it stayed in popular culture and starting in the early days of movies it took over there as well. 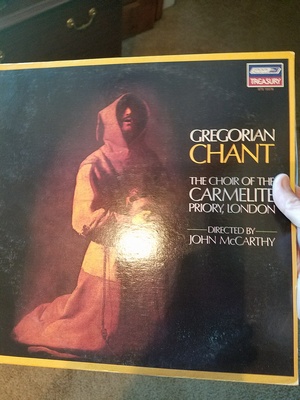 You can probably hear it in your head, because it is popular any time you need a kick in the death scene.

One musicologist even keeps a running list of "Dies Irae" appearances, which you can see below.