Tweet
'Chestnuts roasting on an open fire' is in a popular Christmas song, but a lot less common now than when it was written. That is due to an invasive species from Asia. It was once common for environmentally woke people to introduce species from Asia in their opposition to chemicals, because they believed all nature is better than any science, but from California (Bradford pear) to Vermont (the American chestnut) what the science community warned them about doing came to pass. Devastation.

In the case of the American chestnut, that devastation totals 4 billion trees, all due to the Cryphonectria parasitic fungus. Chemicals didn't help nor did old time breeding techniques. Instead, the only solution was the same as in the case of papaya in Hawaii - genetic engineering. In this case horizontal gene transfer to produce an enzyme which keeps the fungus from forming cankers on trees. This enzyme is common and entirely natural. It is in all grain crops, it's in bananas, strawberries, and products without any issue to humans or the environment. I endorsed this and you should also. 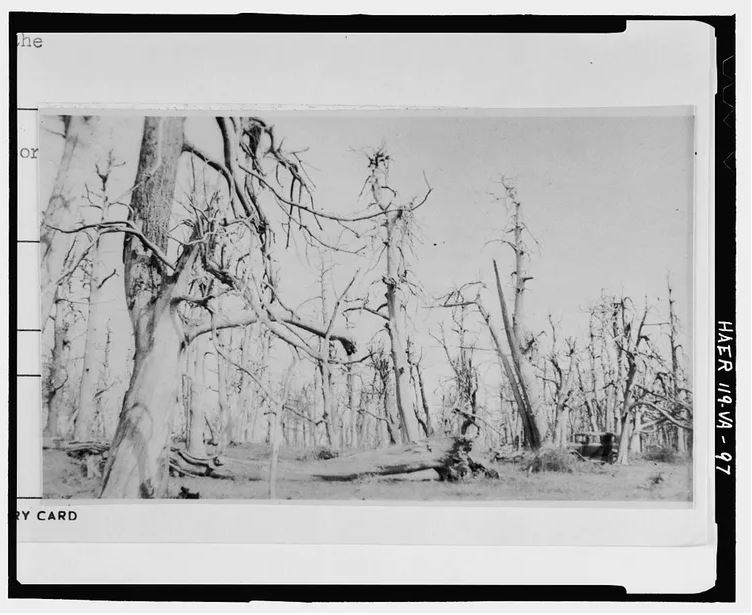 Thanks, Asia. Thanks environmentalists who imported trees and gave us dead chestnut ghost forests. Image: Library of Congress

This is also not a corporate effort, it is part of a decades-long project by academics. I wrote about this Genetically Rescued Organism in the Wall Street Journal in 2019 and now it is close to approval by the Animal and Plant Health Inspection Service agency of the United States Department of Agriculture. In opposition are, of course, paid activists and those who do not understand science but think science is wrong on everything.

Science is not wrong on this, and activists must know they are not on the side of the angels here because their response is relatively muted, they have only managed to manufacture about 3,000 comments in opposition.

If you would instead like to also lend support to bringing back the American chestnut, please do so here.