Tweet
Center for Food Safety, an organic industry-funded activist group, tried to stop the Impossible Burger from being "approved" by the U.S. Food and Drug Administration on the grounds that it is, you know, based on science.

That it is a plant, and therefore uses no meat, and therefore is more ethical and means less emissions than ranching, according to proponents, did not matter, because the organic food industry can't grow if science does; they truly fund deniers for hire to block out things like genetic engineering.

But not all genetic engineering. They are fine with mutagenesis, plant strains created using chemical and radiation baths, they are even happy those are certified organic - only with 80 synthetic exemptions that can still carry the organic label.

They protested this burger because their clients told them to protest it, but you know even Attorney Andy Kimbrell felt like this a was a lost cause. And he is the guy who still supported disgraced organic food economist Chuck Benbrook even after documents revealed his academic position only existed because corporations bought it for him. Because he was told to say the funding source does not matter - when it comes to organic food activists, anyway.

Their argument was that genetically modified yeast had not been tested enough. Genetically modified yeast has been created for thousands of years, of course, but Kimbrell and his fellow attorneys were making a procedural argument; if FDA approved this "heme" yeast without hundreds of millions of dollars in studies (like a new drug) then other companies also might be able to use science without being blockaded by attorneys for the organic industry. 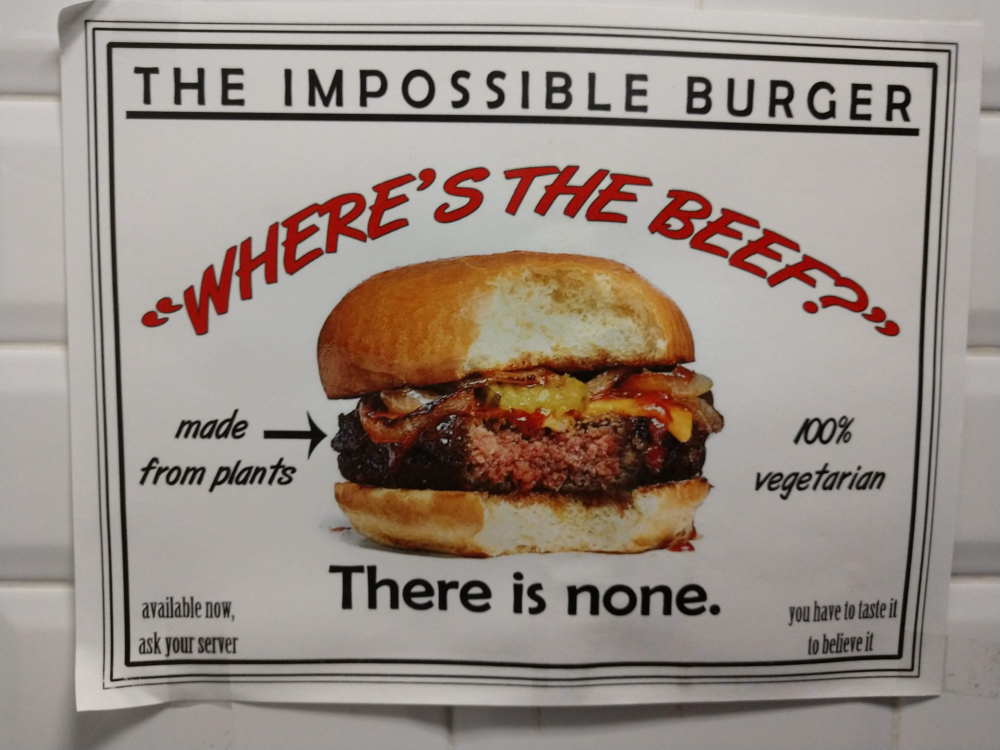 Credit: NTL Photography, via The Conversation

FDA seemed to agree with him - about other companies being able to use science anyway. In a slap to the face for what they clearly considered a nuisance objection, FDA rebuked Center for Food Safety and reminded the attorneys of facts like that yeast protein is not a major allergen (and the attorneys knew it) and there is zero safety concern about soy leghemoglobin

So additional studies by the FDA are not necessary.

Center for Food Safety can take comfort in the fact that since they are attorneys they get money for trying, not succeeding. Sue-and-settle victory checks are really just bonusus.