Tweet
When Hans Eysenck passed away in 1997, he was one of the most influential psychologists of all time, behind only Freud and Piaget. Yet few outside the field had heard of him, which is the problem with conflating citations and actual influence.

His fame was built on work concerning intelligence and personality testing, called psychometrics. He maintained the hereditability of IQ and personality traits and came under fire for that, but also published work validating astrology.

What has him under fire now are papers that explored the idea that personality was a bigger risk factor in various forms of heart disease and cancer than something like smoking. Some concluded that personality factors were six times more likely to increase the risk of lung cancer than smoking was. Unsurprisingly, the tobacco industry was happy to give a grant to a group saying that. There is no evidence he was being bought off, though that is the go-to smear for everyone unpopular, he probably believed it. But he may also have been duped by an associate, Ronald Grossath-Maticek. 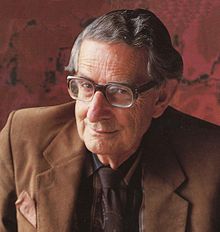 The 2000s have been tough for psychology, with some of its greatest leaders turning out to be frauds. It's time to go beyond populist speculation about car grills and personality and that liberals have prettier daughters and everything can be published if it uses surveys of college undergraduates ... if they want to take back their credibility.

As Stephen Fleischfresser, Ph.D, notes in Cosmos, King College London has flagged 26 of their publications as unsound and there may be more to follow.