Tweet
Sri Lanka is in the midst of a rebellion bordering on civil war, and as these things often go, it resulted from leaders out of touch with the people.

Last year, the government of Sri Lanka, with European environmental Wormtongues whispering in their ears, showed what anti-science activists called "leadership" and banned any process that was not "certified organic."

The collapse of the country was so sudden, a few months, it can be taught in political science classes for how not to govern. Even socialists in Venezuela had to be shaking their heads and wondering what Sri Lanka was thinking. 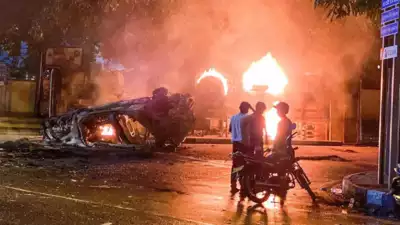 The country quickly retreated from the disastrous policy but food supplies are a lot like an electric car - you can pretend they go on and off with the flick of a switch but it just shows you don't know what you are talking about. Alternatives can be gimmicks, like supplements are used by already healthy people, but the messy reality is food takes modern science, not wishful thinking by people lucky enough to be born into natural breadbaskets like France or America.

Now the government is telling the military to shoot the protesters who were abandoned by their Prime Minister who wanted to get invited to more dinners in Europe. They set his house on fire and that sounds shocking, but in western countries that is a moderate response compared to the behavior of eco-terrorists allowed to torment farmers with the help of FOIA requests in violation of federal law.

When it comes to science like food, energy, and medicine, unless your country is already rich and can afford intellectual placebos, do not listen to European NGOs.