Tweet
Perchlorate can harm infant brain development, say environmental lawyers. It is a rocket fuel ingredient in your water, say their marketing teams.

Both of those are true. Yet meaningless. There hasn't been a single instance of a child getting brain damage from perchlorate in water, it can only even be detected in water because in modern times we can detect anything in anything. Perchlorate is one compound in rocket fuel, but we share 50 percent of our DNA in common with bananas. That does not make you a fruit.

Science over-ruling secret statistical correlation is why lawyers are disappointed that EPA has found no evidence that perchlorate is being found “with a frequency and at levels of public health concern” which would merit inclusion under the Safe Drinking Water Act, a designation environmentalists and their political allies inside EPA had lobbied hard to get included in 2011.

The reason to get it included was so they could sue every municipal water system in the United States, like they have done over compounds like atrazine and chromium-6, which also had no scientific evidence of harm. 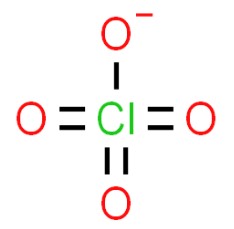 Under the old EPA, they had to find new things to regulate every few years (no, really, they had to find 25 additional contaminants every 3 years, whether a chemical deserved it or not), but since 1996 they can instead give compounds a new look.  This is a check-and-balance against political manipulation of EPA, a regulatory body that can act outside Congress. One such compound was perchlorate, because career scientists inside EPA did not like that political appointees had jammed it into the Safe Water process.

Since the dose makes the poison - simply being a hazardous substance is irrelevant when we can detect chemicals in water in parts per quadrillion, meaning we can literally detect anything in water - scientists again looked at evidence and found it has no reason to be regulated more than it already is.

So how did it get on the list in the first place? EPA couldn't show any human harm then either, so bureaucrats forced use of mouse studies, where the chemical was applied at obscene doses, and suspect epidemiology, where they did things like find any trace of perchlorate and then count how many kids were diagnosed with autism and declare it causal. In the EPA of even a few years ago, such "secret sauce" decision-making was common. No one could fact-check the data, the epidemiologists claimed, because they couldn't be sure that private data was private.

You know what other group of epidemiologists claimed the data was too secret to be shown to others? Authors in papers at New England Journal of Medicine and The Lancet, who had their work retracted on hydroxychloroquine because the results looked fishy.

The difference was that scientists outside those publications looked at the methodology. And that is what EPA in the past did not allow. That secret sauce methodology is all gradually being undone, as are the rampant conflicts of interest. That is a win for legitimate public health concerns. Perchlorate is not one of them.

Perchlorate at existing levels has ever harmed a child. The only people who believe that any dose makes the poison are lawyers. Peasants in the 16th century knew that was stupid, and 21st century lawyers know better too but, unlike peasants, lawyers get rich pretending to believe in nonsense.