Standards Of Identity, And Fighting Confusing Food Labels - Some Hope FDA Might Still Be On The Case
By Hank Campbell | November 20th 2019 08:02 AM | Print | E-mail

Tweet
if we're ever going to know if marijuana does anything important, we need reference-grade marijuana for scholars to study. NIST has reference-grade peanut butter so it makes sense that with so many marijuana claims (and obvious harm when mixed with chemicals to use in vaping devices, as recent hospitalizations and deaths showed) to separate hype and woo from science there needs to be a way to study it empirically.

That may seem like an odd segue into food but we have also seen an erosion of "standards of identity" there. It once used to be impossible for Velveeta to call itself cheese but thanks to lax enforcement by FDA and FTC, rice can now be made of broccoli, you can call nut juice milk, and a plant can be called meat. In the Detroit News I joked about labeling a product made of bacon as "kosher" and "vegan" but in truth not much could stop me.

If FDA ever enforces its own rules, they could stop lots of nonsense labels on food, and recent comments by former Food and Drug Administration Commissioner Scott Gottlieb, M.D. sounds like they might be ready to do it. 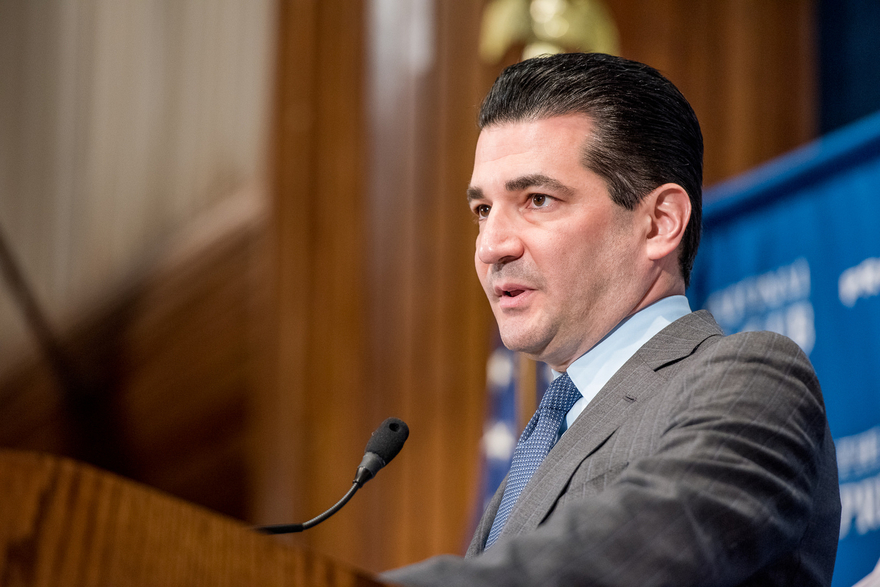 Their real motivation is not my bacon-based vegan food, it is Non-GMO Project and the presence of Gluten-Free on $5 billion worth of products. Both are successful marketing gimmicks, and I am all about free markets, but they are also fraudulent because they use those labels to make their competition sound unhealthy. There is no health distinction between GMO corn syrup and non-GMO corn syrup, or non-GMO vegetable oil and GMO vegetable oil, and yet Non-GMO Project has sold stickers for 61,000 products suggesting their competitors are harmful to health. Their executive director even stated plainly their goal was to make every company a Non-GMO Project client or extinct. Unless you have celiac disease, in which case gluten is poison, there is no health benefit to gluten-free anything, and all water is gluten-free so it seems ridiculous for one company to buy a sticker and use it to suggest their water is healthier than competitors.

Yet that is common, and speaking at the Private Label Manufacturers Association 2019 Private Label Trade Show, Dr. Gottlieb talked about FDA efforts to improve food labeling during his time there, and gave us hope that FDA may be continuing to fight for consumers against mercenary outfits like Non-GMO Project.

“We had a lot of concerns about things like non-GMO or gluten-free labeling on products that would never have gluten in them, like putting ‘gluten-free’ on a bottle of water. This actually may conflict with FDA guidance and regulation, if you put non-GMO labeling on something that couldn't possibly be made with GMOs or there are no competing products in the market that have GMOs in them,” Dr. Gottlieb told the audience, as reported in Supermarket News. “The problem is those kinds of things are confusing to consumers and exacerbate misguided concerns around these kinds of ingredients. So we were concerned about this and skeptical, and I think the agency is going to continue to take that posture. As an aside, the sort of skepticism that's been created around GMO food is a valuable lesson as we think of some of the new innovations coming on the market.”

FDA had been both baffled and part of the problem prior to Gottlieb taking over. Why was a GMO different than Mutagenesis which preceded it and got a free pass as "organic"? How would CRISPR ever get approved when it took nearly two decades to get approval for a gene from one salmon into another salmon so it could grow as fast as the former?

So they held up the science side, but then let the marketing woo side go crazy. FDA went from a somewhat onerous standard of identity - frozen cherry pie mandated how many cherries needed to be in the pie, and telling Kraft they couldn’t advertise how much milk was in a slice of cheese lest people think it has that much calcium as the same amount of milk - to the far side of the pendulum letting cashews claim to be butter, any plant to be called any other plant, and anything to be sugar.

They allowed it because companies claimed that consumers were not confused, yet they clearly are. Non-GMO Project touts that almost 80 percent of the public wants to have no GMOs whereas the science consensus on the safety and benefits of GMOs is greater than climate scientists on global warming. That is due to deceptive marketing.

States like Louisiana and Wisconsin had to do it themselves because FDA stopped preventing companies from selling an agricultural product under the name of another food.

No one thinks we need to go back to counting cherries in frozen cherry pies but we also don't need to let greedy outfits like Non-GMO Project have an open season on the public and companies that don't cave into their 'buy our sticker or else' posturing.

Will Stephen Hahn get confirmed by the Senate and continue the work by Dr. Gottlieb, or will things go back to letting anyone call anything whatever they want to call it? We should know today at the end of his confirmation hearing.