Tweet
A recent article in NPR applauds Anaheim for using goats to keep grasses mowed. While there is nothing really wrong with that as fire prevention, any more than it's wrong for Michael Pollan to cultivate his garden in Berkeley while preaching about organic food, it is very much the kind of gimmick only wealthy elites engage in, because it sounds "natural" - which also sounds like Michael Pollan.

Anaheim government justifies it in strange ways, like a hand-picked study that claims goats only eat invasive plants and don't graze on native plants, which will surprise every goat expert who does not have a contract with Anaheim. In real goat herds they'll eat tin cans but in Anaheim we are to believe they have been trained to detect and eat only invasive species. They also claim that these "invasive" plants are more likely to start fires, which just shows that with about 50,000 open access journals out there, anything can be published if your credit card clears.

Instead of gimmicks to eat grass in the hills above where millionaires live, we should tackle fires where they most often start - in the forests. Instead of making goatherders wealthy, we Californians could instead bring back an ancient class of nearly extinct workers called "loggers." 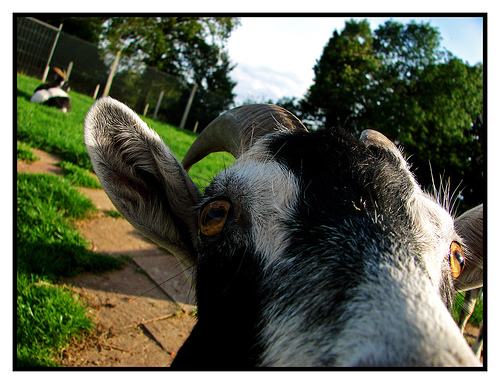 If you live here, you may think loggers are only mythical creatures, like in that weird "Fern Gully" movie, but loggers were once real. It was only after environmentalists convinced their political allies in government that dead trees must be left in nature just like live trees that the California fire issue really got out of control. There were always fires, of course, most of California is a desert, but just like Manhattan being the hub of New York makes little sense, for California to lead the nation in population while having water to sustain just 10 percent of its population makes no sense. It's reality in both cases, and since it is reality we should deal with it as reality, not political glad-handing for environmental donors.

We know the risks, so instead of cooing about ridiculous gimmicks, we should demand that Governor Newsom use some common sense about fire risk and let responsible logging handle the issue.

But this is a guy who has banned freelance journalists, fur, and shampoo bottles, so we don't expect him to be evidence-based any time soon.

(1) After the 9/11 terrorist attacks happened, our zany then governor closed the road over a dam near my house, claiming it was a potential terrorist threat and that Washington, DC should give him money to build a new bridge away from the dam. Which they did, and which led to traffic jams and more auto emissions until it was completed. What didn't government do? Prevent any terrorist who felt like taking a boat full of explosives up to the dam. He was bad in lots of ways, so bad he was recalled even though he is a Democrat. Now we miss a pretty amazing view that we used to have and the dam remains just as at risk as it ever was.