The World Science Festival, beginning Wednesday, May 22nd,  kicks off with The World Science Festival Gala will be held on May 22nd, 2019, featuring an original production of Light Falls: Space, Time, and an Obsession of Einstein, which tells the dramatic story of Einstein’s electrifying discovery of the General Theory of Relativity. The production, narrated by Brian Greene, features an all-Broadway cast, innovative 3D visuals designed by the Tony Award-winning 59 Productions (“An American in Paris”), and an original score by Jeff Beal (“House of Cards”). In partnership with WNET, on May 29th— the 100th anniversary to the day of Einstein’s Theory being confirmed through astronomical observations—PBS will air Light Falls nationwide.  Please check local listings for times. 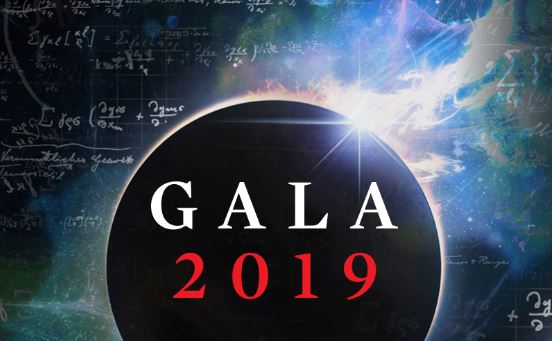 A few highlights from the Main Stage will include:

Rethinking Thinking: How Intelligent Are Other Animals?: Intelligence was once thought to be uniquely human, but what is intelligence? Why do some species get an extra dose? And just how special are humans, really? Participants include: biologist Simon Garnier, neuroscientist Suzana Herculano-Houzel, and marine mammalogist Denise Herzing. Author, journalist, and comedian Faith Salie will moderate.

Physics in the Dark: Searching for the Universe’s Missing Matter: For nearly a century, evidence has mounted that the gravitational pull necessary to keep clusters of galaxies intact, as well as stars within galaxies from flying apart, requires far more matter than we can see. Problem is, such “dark matter” has also eluded one specially designed detector after another. Which raises the big question: What if we have failed to find dark matter because it isn’t there? Participants include: physicist Mariangela Lisanti, astrophysicist Joseph Silk, physicist Erik Verlinde, and astrophysicist Risa Wechsler. Physicist and author Brian Greene will moderate.

The Richness of Time: Time on Earth elapses at a uniform rate, so why does the human experience of time seem so varied? How do various neurological afflictions change the perception of time? And underneath it all, how does human language impact our ability to think about time and fully experience its rich and mysterious contours? Participants include: cognitive scientist Lera Boroditsky and neuroscientist Dean Buonomano. Physicist and author Brian Greene will moderate.

Loose Ends: String Theory and the Quest for the Ultimate Theory: Thirty-five years ago string theory took physics by storm, promising the coveted unified theory of nature’s forces that Einstein valiantly sought but never found. In the intervening decades, string theory has brought a collection of mind-boggling possibilities into the lexicon of mainstream thinking—extra dimensions of space, holographic worlds, and multiple universes. Some researchers view these developments as symptoms of string theory having lost its way. Others argue that string theory, although very much still a work in progress, is revealing stunning new qualities of reality. Participants include: physicists Lara Anderson, Michael Dine, Marcelo Gleiser, and Andrew Strominger. Physicist and author Brian Greene will moderate.

Revealing the Mind: The Promise of Psychedelics: Nearly every culture throughout history has used chemicals that alter consciousness for spiritual exploration. In the 20th century these drugs caught the attention of scientists. Join scientists and “psychonauts” who are now picking up where research left off 50 years ago, experimenting with LSD and other psychedelics to heal—and reveal—the mind. Participants include: psychologist Alison Gopnik, addiction psychiatrist Stephen Ross, and neuroscientist Anil Seth.

Making Room for Machines: Getting Ready for AGI: The “thinking machines” that Alan Turing postulated in 1950 have already vaulted beyond us in specific arenas like chess and Jeopardy. But if we achieve artificial general intelligence, it may take only seconds for our creation to surpass us in every other arena as well. Will humans fight to restrain such super intelligence, or join forces, perhaps bringing about a new utopia? Or, will we simply and quietly become irrelevant? Participants include: writer, activist, and chess champion Garry Kasparov, computer scientist Yann LeCun, roboticist Hod Lipson, and AI ethicist Shannon Vallor.

The Right Stuff: What It Takes to Boldly Go: Fifty years ago, as Neil Armstrong and Buzz Aldrin bounced on the moon’s surface below, Apollo 11 Command Module Pilot Michael Collins briefly disappeared behind the lunar disk, becoming the first person to experience space entirely alone. As we set our sights on the stars, space travelers will need to cope with ever longer stretches in the lonely environs of the cosmos. What will that take? How will it affect who we are? Participants include: astronaut Michael Collins, astronaut Scott Kelly, and astronaut Leland Melvin. Journalist and producer Miles O’Brien will moderate.

Fun, fascinating, and FREE activities for all ages will include:

Saturday Night Lights: Stargazing in Brooklyn Bridge Park: Immerse yourself in stargazing and storytelling. First, step up to a professional telescope for an intimate look at the Moon, Jupiter, and beyond. Then, sit on the grass for “Deep Field: The Impossible Magnitude of our Universe,” created by Grammy® Award-winning composer Eric Whitacre. This short film experience reveals the galaxy from the perspective of the Hubble Space Telescope as 100 members of the LaGuardia High School Senior Chorus provide a celestial soundscape. Stay for an engaging discussion with astrophysicists and the film’s creators.

Great Fish Count: From Lemon Creek in Staten Island to the shores of the Bronx River, New York’s waterways are teeming with life—and it’s up to you to find it! Led by  top marine scientists and biologists in 16 sites across New York’s five boroughs, Yonkers, and New Jersey, the Great Fish Count gives attendees of all ages the chance to strap on a pair of waders, cast a net, and discover the underwater world in their own backyard.

The full program lineup for the 2019 World Science Festival can be found at https://www.worldsciencefestival.com/festival/world-science-festival-2019/, where tickets for Festival events can also be purchased.