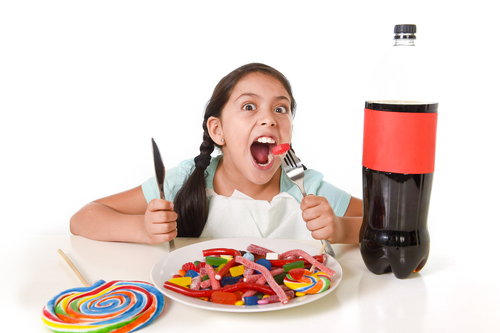 Sugar is sugar, to scientists. But Big Sugar, which promoted the notion that its bleached white product was somehow superior to corn syrup, suddenly found itself fighting a second front, against nutritionists, food bloggers and outright crackpots like Joe Mercola and the lunatic that runs that Natural News site.

But no one was there to defend them (except groups like Science 2.0 and the American Council on Science and Health, which do so even when trade groups and communications departments are too incompetent to do it themselves) and so for years they have been criticized and last week they settled a lawsuit with Big Corn rather than lose in court over false advertising claims that they were sugar and corn syrup (which is sugar) is not.

Meanwhile, public health fundraising groups that flit from food fad to food fad had successfully demonized the amount of sweetener found in beverages by talking about how many teaspoons of sugar were in it; yet all American Coke, the biggest-selling soda in the US, is made with high-fructose corn syrup.

Now Big Sugar has to say its sugar is not the sugar in many sodas - plus they lost a battle they shouldn't have started and now have to retreat in a war where they lost their only natural ally.