What is the origin of bird digits? This question has caused a lot of head-scratching and beard-stroking in evolutionary biologists. Paleontological evidence suggests that the three digits in birds develop from digit position 1, 2 and 3 (thumb, index and middle finger). Embryological evidence points towards digits 2, 3 and 4 (index, middle and ring finger). Vertebrates are ‘programmed’ to develop five digits on each limb, but there are exceptions. Such as birds, which have three. But which three?

Now, Yale researchers have investigated this issue using transcriptomic data (the set of all RNA molecules produced in one or a population of cells). The data indicates that the first wing digit and the first foot digit undergo a similar development, despite the fact that the first wing digit develops from the embryological position that usually gives rise to digit 2. The transcriptomic data also shows that the posterior digits in the wing show greater differentiation than those in the foot. 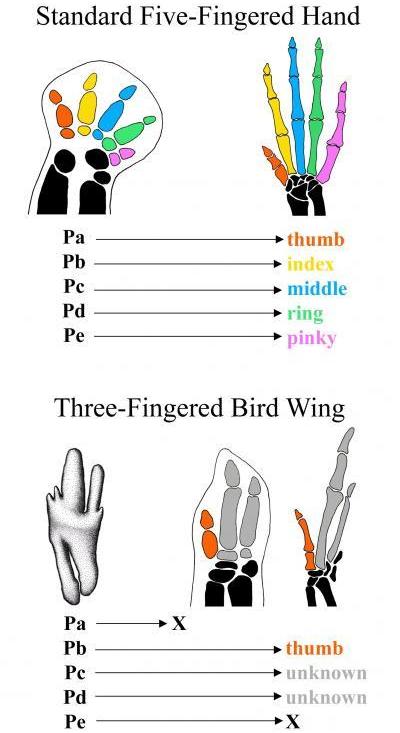 These data show that in the stem lineage of birds the first digit underwent a translocation from digit position 1 to position 2, and further indicate that the posterior wing digits have unique identities contrary to any model of avian digit identity proposed so far.