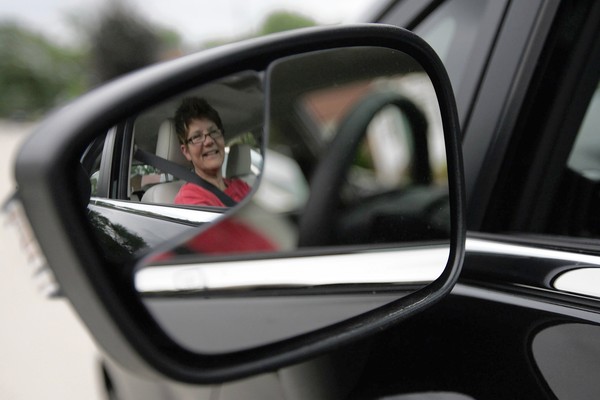 If you'd stop believing the myth that women are too slow out of the gate when they are supposed to add numbers, and if you start believing the fact that men are too fast, we might be able to make a little progress on gender balance in technical careers.

It won't be enough to fix it, but it will at least help us trudge in the right direction.

The myth to bust says that women are worse than men at math. The fact we need to acknowledge is that men overestimate their skills.

Mythbusting in this case requires you to believe that you don't always know what you believe.

It works like this: You have some beliefs. If you think carefully, if you look in the mirror, if you engage in introspection, you can find out what your beliefs are. Except not always. There are some beliefs we hold that we can't discover by ourselves. These ones are simply unavailable via introspection. It's annoying to admit it, but the evidence is strong.

It's like a blindspot. We can't see the effects on our vision where the optical nerve passes through the optic disc -- our literal blindspot -- but we can do experiments to bring it out. It's this way with those introspectively inaccessible attitudes, too; we need experiments to realize they are there.

Are women in your blindspot?

The phenomenon is called implicit bias. If we take an implicit association test, we can uncover our deeply held beliefs about many different topics. For example, if we test our associations of math and science with men and women, most of us we realize that we assume men are more qualified than women in these areas.

Could this bias affect how employers hire people for jobs requiring skills in math and science? Could the implicit bias leading us to doubt women's skills be part of the explanation for their relative absence in math and science careers? New research suggests this is true.

Researchers created an experiment simulating the process of hiring someone to perform math tasks. The employers were put into three different situations.

The facts about discrimination

When employers had to choose between equally qualified men and women, a complete lack of sex discrimination would lead to hiring 50% women and 50% men. In fact, the first group of employers chose the woman about 35% of the time and the man about 65% of the time.

When employers had no information beyond appearance, they were twice more likely to choose male candidates than female candidates.

When they knew the predictions of the candidates, it hardly made any difference. But the employers who received objective information about the candidates' earlier performance, hired women 43% of the time.

Not surprisingly, employers sometimes hire the wrong person. In this experiment, that means that they hire the person who in fact ends up doing worse on the math task.

Bad decisions, in other words, favor men. How do we know?

Do men overestimate their skills?

The experiment also allows us to evaluate how good the candidates were at predicting their future performance.

Employers also took implicit association tests, and those showing stronger stereotypes in their test results were less likely to be skeptical of men's self-reporting. Their implicit bias not only makes them doubt women's abilities; it impedes their capacity to filter the boasting of men.

The research I'm describing here enhances our understanding of gender-skewing in careers related to math and science. The effects of implicit bias are made explicit; we can no longer deny that it holds women back. As if that weren't bad enough, the stronger our biases, the more likely we are to believe men when they overestimate their skills.

We can start to get ideas about what we can do from this research. When objective information about past performance is part of a hiring decision, the effects of discrimination are reduced. They aren't eliminated, mind you, but they are less dramatic.

We know that women face the effects of implicit bias throughout their careers. The pursuit of quality and excellence requires that we develop specific strategies to counter this discrimination. Research is essential for identifying these strategies, and with the research discussed here, the next step might be just a little bit easier.