Samuel Kenyon
In 2003 I started looking at the science of emotion in order to determine if it would be useful for robots. When I had to do an English paper that year (middler year writing at Northeastern University) I decided it would be something about emotions, but I wasn't sure at first what the specific theme would be. One question I had was, why do people often associate emotion with spirituality (or do they)?

Is it simply that some people never bothered to consider how emotion works, so it just gets classified with other mysterious phenomena like spirits? Or is it because religion has laid claims to human emotion? 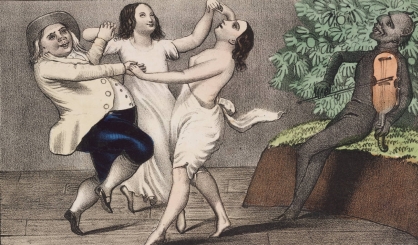 I figured it wouldn't hurt to talk to a religious leader to get the theological point of view.  I was aware of the Unitarian Universalists which have a mixture of various faiths and "spiritual" members that aren't hardcore religious.  I had a meeting with the minister of the Unitarian Universalist church of Harvard Square in Cambridge MA, who at that time was Dr. Thomas J.S. Mikelson.  I didn't record the meeting unfortunately (I couldn't afford recording devices back then).  I was pleased to find that he seemed to be familiar with some of the emotion books I was reading back then by neuroscientist Antonio Damasio.

If I remember correctly, Mikelson told me that the word "spiritual" is actually relatively new. Or perhaps the modern usage and popularity of it are new. I'm not sure about its popularity, however, according to the Oxford English Dictionary [1], "spiritual" has been used in most of its current senses since at least the 1300s. The exception is the sense of "spiritual home":

(with no religious connotation), a place or milieu, other than one's home, which seems especially congenial or in harmony with one's nature, or to which one feels a sense of belonging or indebtedness.

OED's earliest quote of "spiritual home" is from 1932. As an aside, it's too bad that the usage of "spiritual" to mean "Of transcendent beauty or charm" is obsolete (according to OED):

1481 Myrrour of Worlde (Caxton) ii. iv. 69 Ther ben yet plente of other places so delectable, so swete, and so spyrytuel that yf a man were therin, he shold saye, that it were a very paradys.

The word "emotion" cropped up in 1579. First we see these now-obsolete usages:

Any agitation or disturbance of mind, feeling, passion; any vehement or excited mental state.

Here are some quotes:

Then we get to an even more modern usage of emotion from psychology:

1842 C. Kingsley Lett. (1878) I. 61 The intellect is stilled, and the Emotions alone perform their..involuntary functions.

It's interesting to see how the concept of emotion seemed to come from movement and disturbance, changed into personal mental disturbances, and then became distinguished from conscious cognition.

I'm leaning towards the premise that most people don't care how emotions work or why there's a concept of spirituality and use them as umbrella terms to cover a wide range of stuff without much regard for details or theories.

But was there ever a thread in history that that really tried to associate human emotions (even if that word wasn't used) with intangible spirits or gods?

I suppose the other frail connection that might exist in people's minds between emotion and spirituality is due to the never-ending attempt to preserve something special or divine about humanity. Some will always grasp for some lifeboat that is supposedly unique to humans and not available (at least not as much) to other animals or machines, such as "emotion" or "feeling" or "intelligence" or "winning at Jeopardy"...

Image credit:
Beinecke
In the Eye of the Brainstorm
More Articles All Articles
About