Samuel Kenyon
Cognition causes language, not the other way around. Correlations between changes in thought with changes in language abound. But the arguments are very weak for causality from language to cognition in this context.

What do People Mean by Language Shapes Thought? 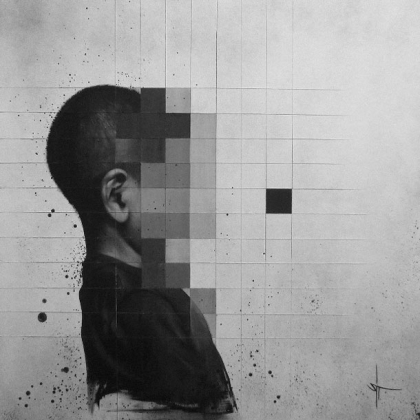 Lera Boroditsky likes to spread the meme language shapes thought. Others have used it too when talking about Whorfian matters.

Previously I explored what "shaping" means in this context and how it might be a metaphor. It certainly matters--why not just say language controls thought or language causes thought? I think the reason is that people want to allow thought to control language as well. Indeed this is the weak form of Whorf-Sapir Hypothesis, i.e. linguistic relativity.

So shaping means a partial control or cause which does not prevent control or cause in the other direction. Furthermore it seems that language shaping thought is not about the parts of the mind which are dedicated to language itself--those parts have to be partially language-defined in order to be able to produce utterances in that particular language.

One argument might be that the language of thought (mentalese) is:

The reason I specified #2 is because one could posit that the language of thought is the same type but a difference instance, for example thinking in Russian but speaking in Mandarin.

I suppose it's easy to assume this given the notion of "internal dialog". But there's a big difference between mentalese and conscious imagined or remembered linguistic memories. It's a matter of abstraction levels. Mentalese is a lower level.

Thinking in language has another problem. It implies that every language you learn must be translated back into the mental mother "tongue", such as English in my case. But what about computer languages and other language-like things? What about mathematics? What about non-linguistic concepts? How would those get translated into the mother tongue (e.g. English)?

The argument that we think with language flies in the face of the computational theory of mind, which is fundamental to most of cognitive science.

we do not literally 'think in words': if we did, patients with a language deficit should automatically have a deficit in thought as well, which does not appear to be the case. Thus verbal language and thought should in principle be taken to be distinct.

Mentalese is symbolic and generative, but it doesn't have to be a spoken or written language. The symbols are not words or characters, they are arbitrary computational patterns which we can think of as symbols in the context of the computational theory of mind.

Counter argument: Daniel Casasanto has argued that not thinking in language does not entail that language shaping thought is false [2]. Thus this logical statement is invalid, where O is We think in language and W is Language shapes thought:

Logically, Casasanto is correct. But from a mind-software architectural approach, one wonders what the interfaces are for high level abstractions of language to define and/or influence thought. And where is the evidence of principle causes of language affecting thought? Casasanto only provides a hypothesis that the frequencies of phrases in a language can reinforce the already existing mental concepts in preference to certain others. So we have a possible weak form...of the weak form of Whorfianism. 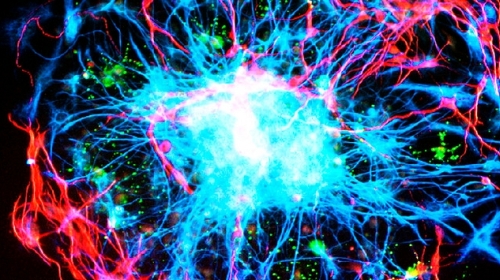 Another argument is that since human babies epigenetically and ontogenetically develop language skills and linguistic knowledge at the same time and in concert with other mental faculties, then language and thought shaped each other.

This baby-context weak Whorfianism seems like it must be true to some degree, but then again perhaps most of the language functionality is built off of other capabilities. Don't children have vision capabilities before speaking capabilities? Regardless, even if there is a lot of cross-dependencies during development, what does that say about adults?

If development is the only opportunity for language to influence thought, then we still have no support for adults who claim to have cognitive changes due to learning new languages (dependent on the new language itself).

I'm not quite sure about this, but I am starting to suspect that people might be confusing linguistic metaphors with conceptual metaphors in the context of linguistic relativity.

But how does language affect thought? Let us again consider the domain of time. How do spatiotemporal metaphors affect thinking about time? Spatial metaphors can provide relational structure to those aspects of time where the structure may not be obvious from world experience (Boroditsky, 2000). In the case of space and time, using spatial metaphors to describe time encourages structural alignment between the two domains and may cause relational structure to be imported from space to time

If language creates thought, the Chinese aren’t exactly quick on the uptake--nor are speakers of countless languages in Southeast Asia and Africa. In Japanese, to say I like Bob you just say, roughly, “Bob likeability,” with no I or anything else.

But, on metaphors, he doesn't make a distinction between linguistic and conceptual when mentioning George Lakoff. But perhaps that is really a Lakoff problem, what with all his words and phrases that politicians use to activate different metaphors in voters' brains. But isn't that activation just that--not a change in thought by the language itself, but a conceptual metaphor issue? The same conceptual metaphor could be activated with any language. 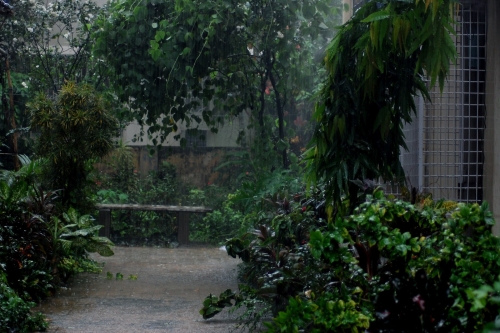 Perhaps the earliest clue that words themselves can at least subtly alter experience comes from learning a second language and appreciating that the same object can be represented by a completely different string of syllables that actually brings out a different quality of it. The word 'rain' for example is 'brishti' in my mother tongue Bengali – and to my ear all the drama of a tropical storm is present within the word 'brishti' and not so much of it in the somewhat curt 'rain'.

I think that they are conflating anything learned during the process of learning a new language with the new language itself affected my thought. The quote I chose is particularly ridiculous as the author claims that a more onomatopoetic word changes how one thinks. On the other hand, perhaps aesthetics is some backdoor route to influencing, at least temporarily, one's thoughts. But as I mentioned before, isn't language just instrumental--not principle--in such things?