Home > Science & Society > In the Eye of the Brainstorm

Samuel Kenyon
It has been said that true science fiction requires a story in which the world is changed--and never goes back to the way it was (I don't remember the source of this definition). By this definition, techno-thrillers such as everything by Michael Crichton are not science fiction, since the world is returned to normal after some disaster strikes. You might notice that a lot of science fiction films, especially the more mainstream ones, conclude with humanity returning to business as usual. The knots are untied. Loose ends are taken care of. Of course, there's nothing wrong with that, as it is the normal way to adhere to standard dramatic structure. And the dynamics of the characters might outshine the background world anyway. 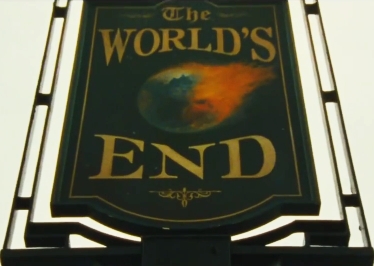 I am happy to report that film The World's End involves not only major character development, but also major world changes that do not revert at the end. I don't want to reveal too much here specifically, so I won't say much. (And if you haven't seen a recent trailer, don't! Just go see the movie without ruining the surprises.)

It is obviously tempting to compare The World's End to the previous two films in the "Blood and Icecream" trilogy of Edgar Wright, Simon Pegg, and Nick Frost. The first Blood and Icecream entry, Shaun of the Dead, which on the more obvious layer is a parody of horror films (especially zombie flicks), essentially concluded with a UK returned to normal after a zombie outbreak, with the minor adjustment to allow some remaining zombies to live on in a controlled manner. The second Blood and Icecream film, Hot Fuzz, which on one layer is a parody of action films, has the typical solving of a case and elimination of a criminal element. The World's End, however, far surpasses the conclusions of the previous two films. 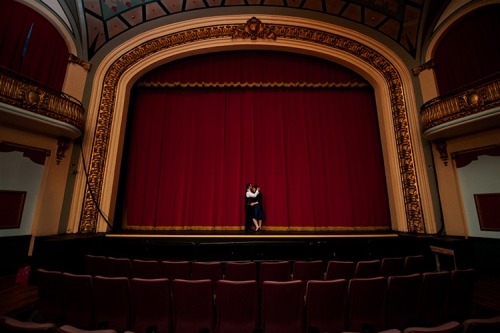 I watched the World's End on opening weekend in Somerville Theater, where I predicted accurately that it would be very popular. In fact, we actually had to form a line outside. Passer-bys gave us funny looks; one queried what event had drawn us into this odd queue--I responded that we were there for the end of the world. The stranger commented that he "didn't realize that was a thing." After this thrilling wait in Davis Square, my girlfriend and I were finally were admitted into the main theatre. The downside to this crowd was that everything was laugh-out-loud funny. Some scenes invoked applause. In my opinion the jokes weren't any better than Shaun or Hot Fuzz, but being as good is still pretty damn good. The climax was not excellent, and was mostly held together with more jokes. The dénouement, however, was top-notch.

But surely, somebody will argue, this is merely a comedy. What can it say about humankind, science, and technology?

Oh, but it can say so much. In fact, parody is a necessary part of civilized societies. And these Edgard Wright films are not just parody but also human drama stories. And they meet the requirements of their respective genres. The World's End does all this...and literally ends the world as we know it.

Some questions asked in The World's End are very important: Does it make sense to stay the same instead of growing into a new form that has comprised to some degree with a society? Both the main characters and Earth itself are posed with this problem in the film. The consequences are shown.