Samuel Kenyon
Every boy should have a journey into the coding wilderness. To prepare yourself for this chronicle, imagine an Australian walkabout, except in the Grid of Tron. 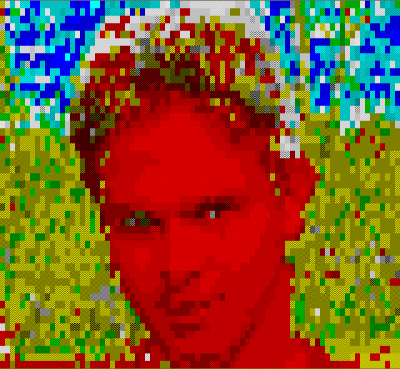 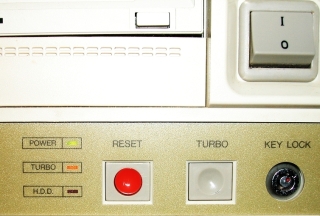 I had used various computers before that (PCs, Apple IIes, Macs, Nintendos, etc.), but it wasn't until I completely owned one that the real exploring and learning began. When you have your own computer in your room it is truly personal--you have free reign to hack it, break it, fix it, and explore new worlds with wild abandon.

The first development environment I used was the then ancient Microsoft GW-BASIC (which first came out in 1983 and was bundled with MS-DOS). Microsoft got their start with BASIC interpreters (Altair BASIC in 1975) and continued making excellent (for BASIC, that is) IDEs all the way through to the VisualBasic years.

GW-BASIC may look pretty lame compared to pretty much everything that came after it, but it does get points for having a function called TRON (you can see it listed in the function keys at the bottom in the code screenshot above).

The way it happened was I was exploring the programs on the computer and ran GW-BASIC, having no clue what it was. I was presented with a mostly black screen with a prompt, not entirely unlike a DOS prompt. I was not at all impressed and started typing guesses at what the quit command would be. Nothing worked, so I went to find the printed manual and located the command that would quit: SYSTEM, and it worked. But it was too late--I was already reading all the other commands in the manual and immediately set out to make some graphics appear on the screen, and of course try to make video games. 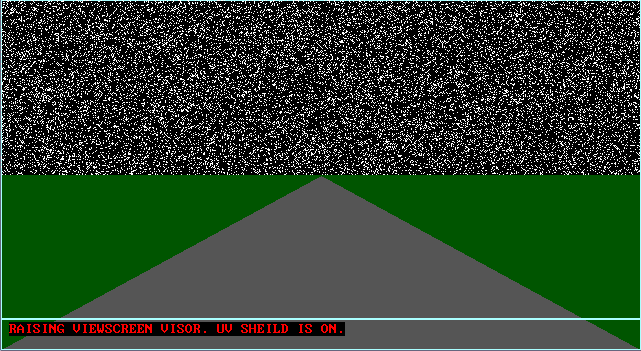 Screenshot from my first program. 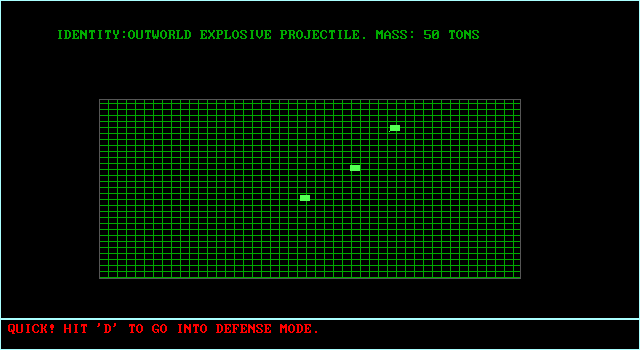 From the get-go, I was coding from scratch. But I found that analyzing and modifying existing source code published in books was a way to accelerate the first phase of learning. The books were usually several years old by the time I got to them--in the 1970s and 1980s they would print BASIC programs in magazines and books and the readers would dutifully type them in and try to run them. Some of those programs were for other dialects, such as on Trash-80s (RadioShack TRS-80) and other 1980s relics, so I had to translate them.

The early to mid 90s were exciting times for me: I was finishing puberty, I was teaching myself to program computers, and the World Wide Web appeared.At age 14 I got my first legal paid job (of course I had done jobs before that but not official taxed jobs) during the summer with a youth job training council in NH held at the local high school (which I had never seen before, still being in middle school), which then placed me in an accounting office (David L. Connors&Co. in Concord, NH). I was like an intern, except I didn't learn that much about accounting because I preferred to spend most of my time making spreadsheet macros as that was the closest to programming I could get there.

They were running Windows 3.11 at the time and once while exploring that I discovered a link to the DOS program QBasic, which was Microsoft's free subset of QuickBASIC, their much better BASIC system spawned in the 1980s. When you've been using GW-BASIC, the QuickBasic family is like a revolutionary jump forward. 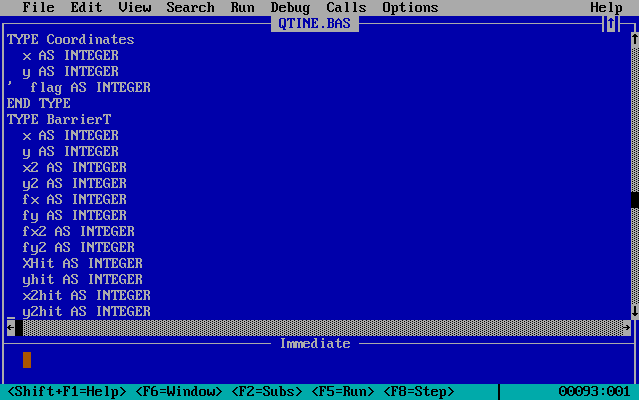 Wallow in the deep blue sea of QuickBasic 4.5

For one thing, the IDE is probably the most user friendly DOS program I've ever used. I particularly liked the feature showing just one subroutine/function at a time in the buffer (and accessing the list of subs with one key press). In fact, I've been wanting that same feature in IDEs ever since but they never have exactly that, and only recently with code folding can I do something that results in equal efficiency. QB also had a built in help system that was useful. 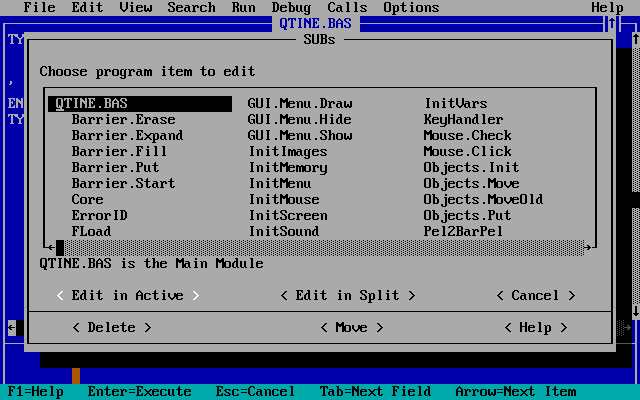 The second thing is the language itself--not only had it grown, but it added intrinsic support for structured programming. Previously, BASIC programs would quickly turn into spaghetti code. You could still write spaghetti of course, but now you could control the insanity better with true subroutines, functions, do loops, data structures, etc. And those damn line numbers were no longer required.

The Golden Years of Basic on the Web

I believe the first BASIC Internet resource I encountered was the ABC (All Basic Code) packets curated by William Yu, which was started in 1995. Soon after, when the web became popular and more people had access, that hobby exploded into hundreds of websites and meta-sites.

A lot of the code was for QuickBasic 4.5 (and the "professional" superset QBX aka PDS 7.1) but there was also code for competitors like PowerBASIC. Some people even started trying to make new BASIC interpreters like DarkBASIC which intrinsically support the elements needed for making more modern games. (More recently somebody made a cross platform backwards-compatible compiler called QB64). And of course people were sharing the interpreters and compilers.

Whenever an individual shared some tricks or assembly code that extended QuickBASIC, for instance accessing extended memory or outputting WAVs to sound hardware, it would spread through the community quickly. People were making libraries for loading and saving modern image and audio formats, and making games with those libraries that were pretty good considering these were hobbyists using obsolete software.

I made many games myself but never finished any of them. That was ok for a learning phase, but of course eventually I had to learn that completing a project and having closure was also important.

As is usually the case, I also made and/or modified many utilities for making games, for instance graphics editors, bitmapped font editors (and yes I actually made my own bitmapped fonts), a slide-show based game editor with a GUI system I made from scratch, etc. 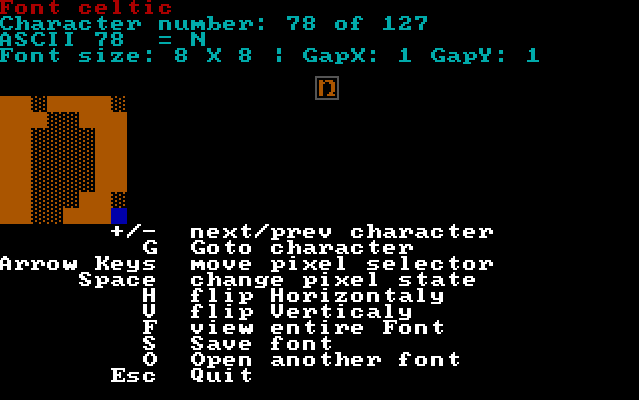 Editing my Celtic font in my font editor. 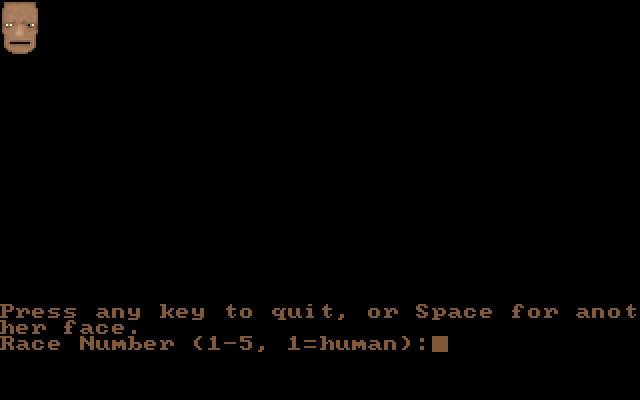 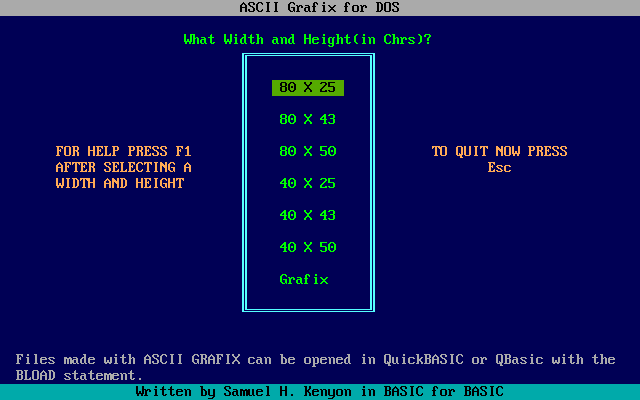 This playful sandbox of BASIC enthusiasm continued for many years. I was aware of other languages, and had been informed that C was the best general purpose language in engineering industries. However, BASIC was so much fun that I ignored C for a long time. And as one would expect, an interpreter facilitates exploration and learning rapidly as compared to a compiler.

I realized there was something called C++ and assumed that it must be better than old fashioned C. In high school one day I was at a flea market and happened upon a wicked good book deal--three C++ books for $1 each. One of them, Simple C++ by Jeffrey M. Cogswell, is possibly the best programming introduction book ever--it teaches you object oriented programming (OOP) with examples from a fake project to make a robot dog (and it has a sense of humor too). It was an intro to C++, but it did it the right way, via OOP.

I have observed that many others learn C++ the wrong way, as is common in colleges, with almost no emphasis on OOP. When I was in college I took two C++ courses but I did not buy the books we were supposed to. I chose to read more useful books like Industrial Strength C++ by Mats Henricson and Erik Nyquist (for which I raked up some hefty late fees at the library) and Effective C++ by Scott Meyers.

My point, gentle programmers, is that our forefathers of computing started out in the primordial mud of undocumented disorganization, so now us advanced apes live in the Aftermaths...of CHAOS!
--Samuel H. Kenyon, circa 1998

So, my personal development recapitulated a path of programming evolution of the late 1960s to the 1980s.

Image credits:
In the Eye of the Brainstorm
More Articles All Articles
About