Samuel Kenyon
Psychologist Lera Boroditsky says she's "interested in how the languages we speak shape the way we think" [1].

This statement seems so innocent, and yet it implies that language definitely does shape thought1. It also leads us to use a metaphor with "shape."

Does language cause thought? Or at least in part? Or is it the other direction--thought causes language?

Is language even capable of being a cause of thought, even if it isn't in practice?

Or in an architectural sense, is one dependent on the other? Is thought built on top of language?

Or is language built on top of thought?

Does language influence thought at all, even if one is not dependent on the other?

When people talk about language causing thought or vice versa, are they talking about language as a mental module (or distributed functionality) or the interactive act of using language?

The metaphor of "shaping" seems to be useful, as in "does language shape thought?" The metaphor is thought is a shapeable object. 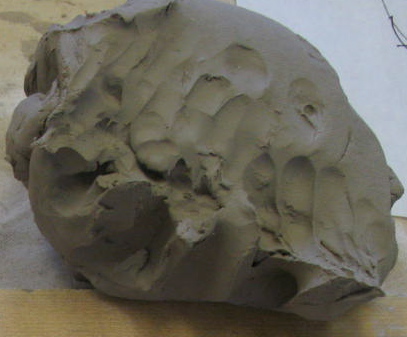 If I give you a chunk of clay, and you use tools to turn it into a detailed car model, that doesn't mean that clay is based on your tools or that the tools are the key cause of the clay's form. 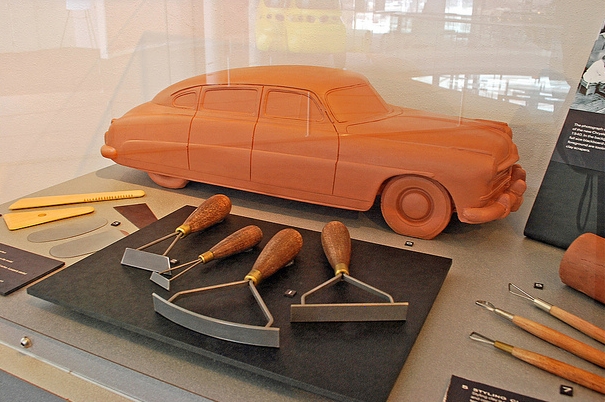 But it does mean that the tools (under control of an agent) can in fact shape the clay. Other things can shape it as well, such as your hands. Which shaper is used might be very important. Without the tools--just your bare hands--you might end up with something quite ugly instead of the detailed car.

Of course, the mind might not be like clay at all, even if the brain kind of looks like a mushy blob. Informationally, a network like the mind is not necessarily a pliable mass or lacking in structure.

So shaping might be a useful metaphor at a very course granularity, but it also hides a lot of crucial details.

Causing a Way of Thinking

What I came to this community to find out was whether the way people think about space also affects the way that they think about time. I had done a lot of work trying to understand how we build our representations of time. One consistent claim has been that we build representations of abstract things, like time, out of more concrete things. The way we build complex knowledge is to take simpler building blocks and then use the power of language to combine these building blocks into more and more complex ideas. Time seemed to be an example of that; people take spatial representations, make an analogy or metaphor from space to time, and that gives us more complex ideas of time. But of course, that whole story I just told you about how ideas of space underlie our ideas of time suggests that if people think about space differently, they should also think about time differently. So if you find two cultures that think about space in very different ways, they should also think about time in very different ways.

That's what Alice Gaby and I came to Pormpuraaw to find out. I gave people a really simple task. I would give them a set of cards, and the cards might show a temporal progression, like my grandfather at different ages from when he was a boy to when he's an old man. I would shuffle them, give them to the person, and say "Lay these out on the ground so that they're in the correct order." If you ask English speakers to do this, they will lay the cards out from left to right. And it doesn't matter which way the English speaker is facing. So if you're facing north or south or east or west, the cards will always go left to right. Time seems to go from left to right with respect to our bodies. If you ask Hebrew speakers to do this, or Arabic speakers, they're much more likely to lay the cards out from right to left. That suggests that something about the writing direction in a language matters in how we imagine time. But nonetheless, time is laid out with respect to the body.

But these folks, the Kuuk Thaayorre, don't use words like "left" and "right." So what would they do? How will they lay out time? Well, it turns out they do it from East to West. If a person is sitting facing south, they will lay out the cards from left to right. But if they're facing north, they will lay the cards out from right to left. If they're facing east, the cards will come towards them. That's a pattern that we had just never seen with any American. That's a radically different way of organizing time. It's a way of organizing time that's in a different coordinate frame, in an independent coordinate frame from what you see with English speakers or Russian speakers, and so on. That shows a really big difference in cognitive ability, where a five year old in one culture can do something that an eminent professor in another culture cannot do.

Earlier experiments by Stephen C. Levinson and colleagues purported to show linguistic patterns determining spatial orientation thinking. These experiments were critiqued by Peggy Li and Lila Gleitman [2], who found that language itself may not be the primary cause of spatial orientation. Also, the evidence they collected suggests that humans, human infants, and rats actually choose an orientation strategy based on context (such as the availability of landmark cues).

Li and Gleitman ended their paper with this:

Turning the tables, we take the present finding of the robustness of human thought to variation in linguistic usage patterns to be an optimistic one. All languages have the formal and expressive power to communicate the ideas, beliefs, and desires of their users. From this vast range of possibilities, human communities select what they want to say and how they want to say it. This stance is at its core the same one that explains why the Elizabethans habitually used terms for falconry and we do not, and why English-speaking vacationers at Aspen and Vailfind it natural to develop terms like sugar, powder,and granule to amplify their heretofore impoverished means for discussing the state of the snow on the slopes. In the end, its the thought that counts.

Earlier I described "shaping thought" as a metaphor. Metaphors can be conceptual, used internally with mentalese, not just in language. Or as George Lakoff and Mark Johnson defined it [3]:

The essence of metaphor is understanding and experiencing one kind of thing in terms of another.

Lakoff and Johnson's Metaphor Theory considers linguistic metaphors to be evidence of the underlying conceptual system. The mind uses a metaphorical framework for thought and actions. Languages have metaphors because that is how we think internally.

There may be another approach that could support a partial form of linguistic control of thought. This would be a systems approach. The brain is part of a body which has a history. And outside of that body is an external history accumulated from many bodies interacting. We have the context of culture and the context of everyday communication with other similar organisms.

The nature of this biological plus cultural system of systems involves many feedback loops at varying degrees of scale and with various interfaces. To propose that evolved biological organisms and human cultures do not have feedback loops would be amazing. And yet, many scientists dealing with psychology and/or neuroscience try to ignore systems, however, in order to focus on manageable focused chunks.

Something else to consider is that given how much of our cognition is not thought (conscious and subjective), how much of language influences are subconscious? For instance, priming uses language as an instrument for changing a person's behavior.

The systems approach might lead to a feedback loop view where in some contexts language can determine certain ways of thinking at the same time that thought determines language.


1. In this blog post I’m using the term “thought” to mean the subset of subjective conscious cognition.