Samuel Kenyon
There are two freaky theories of perception which are very interesting to me not just for artificial intelligence, but also from a point of view of interfaces, interactions, and affordances. The first one is Alva Noë's enactive approach to perception. The second one is Donald D. Hoffman's interface theory of perception. 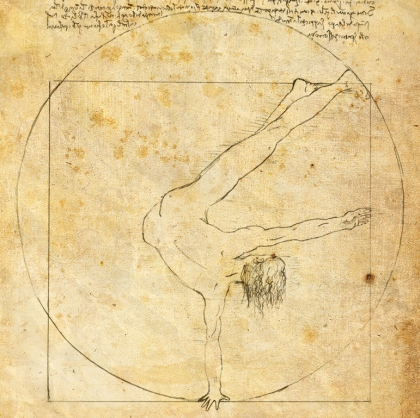 The key element of the enactive approach to perception is that sensorimotor knowledge and skills are a required part of perception [1].

In the case of vision, there is a tradition of keeping vision separate from the other senses and sensorimotor abilities, and also as treating it as a reconstruction program (inverse optics). The enactive approach suggests that visual perception is not simply a transformation of 2D pictures into a 3D representation, and that vision is dependent on sensorimotor skills. Indeed, the enactive approach claims that all perceptual representation is dependent on sensorimotor skills.

My interpretation of the enactive approach proposes that perception co-evolved with motor skills such as how our bodies move and how our sensors, for instance, eyes, move. A static 2D image can not tell you what color blobs are objects and what are merely artifacts of the sensor or environment (e.g. light effects). But if you walk around this scene, and take into account how you are moving, you get a lot more data to figure out what is stable and what is not. We have evolved to have constant motion in our eyes via saccades, so even without walking around or moving our heads, we are getting this motion data for our visual perception system.

Of course, there are some major issues that need to be resolved, at least in my mind, about enactive perception (and related theories). As Aaron Sloman has pointed out repeatedly, we need to fix or remove dependence on symbol grounding. Do all concepts, even abstract ones, exist in a mental skyscraper built on a foundation of sensorimotor concepts? I won't get into that here, but I will hopefully return to it in a later blog post.

The enactive approach says that you should be careful about making assumptions that perception (and consciousness) can be isolated on one side of an arbitrary interface. For instance, it may not be alright to study perception--or consciousness--by looking just at the brain. It may be necessary to include much more of the mind-environment system--a system which is not limited to one side of the arbitrary interface of the skull.

Perception as a User Interface

The Interface Theory of Perception says that "our perceptions constitute a species-specific user interface that guides behavior in a niche" [2].

Evolution has provided us with icons and widgets to hide the true complexity of reality. This reality user interface allows organisms to survive better in particular environments, hence the selection for it.

Or as Hoffman et al summarize [3] the conceptual link from computer interfaces:

An interface promotes efficient interaction with the computer by hiding its structural and causal complexity, i.e., by hiding the truth. As a strategy for perception, an interface can dramatically trim the requirements for information and its concomitant costs in time and energy, thus leading to greater fitness. But the key advantage of an interface strategy is that it is not required to model aspects of objective reality; as a result it has more flexibility to model utility, and utility is all that matters in evolution.

Besides supporting the theory with simulations, Hoffman [2] uses a colorful real world example: he describes how male jewel beetles use a reality user interface to find females. This perceptual interface is composed of simple rules involving the color and shininess of female wing cases. Unfortunately, it evolved for a niche which could not have predicted the trash dropped by humans that lead to false positives. This results in male jewel beetles humping empty beer bottles. 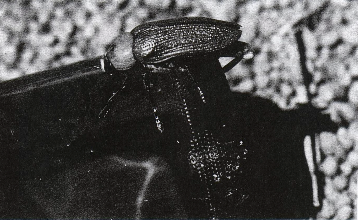 For more info on the beetles, see this short biological review [4] which includes "discussion regarding the habit of the males of this species to attempt mating with brown beer-bottles." It also notes:

Schlaepfer et al. (2002) point out that organisms often rely on environmental cues to make behavioural and life-history decisions. However, in environments which have been altered suddenly by humans, formerly reliable cues might no longer be associated with adaptive outcomes. In such cases, organisms can become trapped by their evolutionary responses to the cues and experience reduced survival or reproduction (Schlaepfer et al., 2002).

One might think of perception as interactions within a system. This system contains the blobs of matter we typically refer to as an "organism" and its "environment."

You'll notice that in the diagram in the previous section, "environment" and "organism" are in separate boxes. But that can be very misleading. Really the organism is part of the environment: 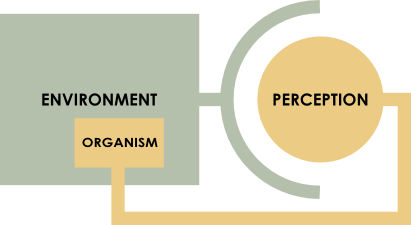 True Perception is Right Out the Window

How do we know what we know about reality? There seems to be a consistency at our macroscopic scale of operation. One consistency is due to natural genetic programs--and programs they in turn cause--which result in humans having shared knowledge bases and shared kinds of experience. If you've ever not been on the same page as somebody before, then you can imagine how it would be like if we didn't have anything in common conceptually. Communication would be very difficult. For every other entity you want to communicate with, you'd have to establish communication interfaces, translators, interpreters, etc. And how would you even know who to communicate with in the first place? Maybe you wouldn't have even evolved communication.

So humans (and probably many other related animals) have experiences and concepts that are similar enough that we can communicate with each other via speech, writing, physical contact, gestures, art, etc.

But for all that shared experience and ability to generate interfaces, we have no inkling of reality.

Since the interface theory of perception says that our perception is not necessarily realistic, and is most likely not even close to being realistic, does this conflict with the enactive theory?

Noë chants the mantra that the world makes itself available to us (echoing some of the 1980s/1990s era Rod Brooks / behavioral robotics approach of "world as its own model"). If representation is distributed in a human-environment system, does it have to be a veridical (truthful) representation? No. I don't see why that has to be the case. So it seems that the non-veridical nature of perception should not prevent us from combining these two theories. 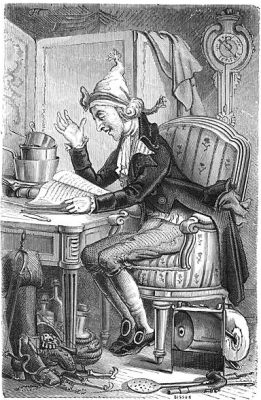 Another link that might assist synthesizing these two theories is that of J.J. Gibson's affordances. Affordances are "actionable properties between the world and an actor (a person or animal)" [5].

The connection of affordances to the enactive approach is provided by Noë (here he's using an example of flatness):

Noë also states that there is a sense in which all objects of perception are affordances. I think this implies that if there is no affordance relationship between you and a particular part of the environment, then you will not perceive that part. It doesn't exist to you.

The concept of affordances is also used, in a modified form, for interaction design as well. For those who are designers or understand design, you can perhaps understand how affordances in nature have to be perceived by animals so that they can survive. It is perhaps the inverse of the design problem--instead of making the artifact afford action for the user, the animal had to make itself comprehend certain affordances through evo-devo.

Design writer Don Norman makes the point to distinguish between "real" and "perceived" affordances[5]. That makes sense in the context of his examples such as human-computer interfaces. But are any affordances actually real? And that gets back into the perception as interface theory--animals perceive affordances, but there's no guarantee those affordances are veridical.

This is an improved/expanded version of an essay I originally posted February 24th, 2010, on my blog SynapticNulship.