Home > Ecology & Zoology > In the Eye of the Brainstorm 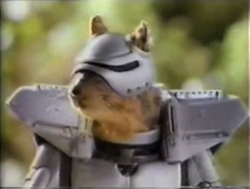 Animal behavior scientists are teaming up with engineers to devise new kinds of research tools: mechatronic animal models. Or you could just call them robots.

Robosquirrel was made as part of a collaboration between UC Davis, West Chester University, and San Diego State University. 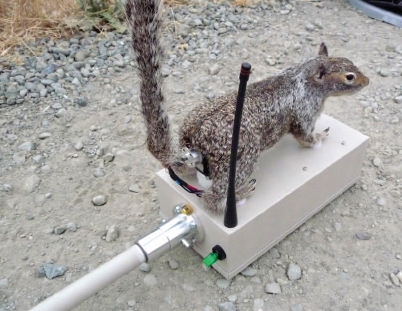 Is that a real squirrel? 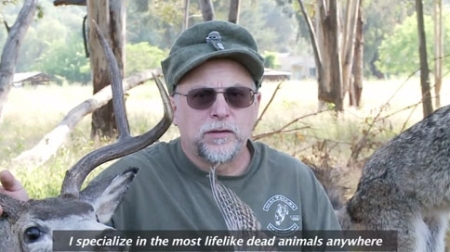 That was a joke...Chuck Testa was not involved with this study. But given his talents, maybe he should be involved with ethology research robots.

Now you may be thinking, wait a minute...that's just a taxidermy on a box. How is this a robot?

Well, it does have a moving part--the tail, which is mounted on a servomotor. It also has two controllable heaters--one in the body consisting of coiled Nichrome 80 resistance wire, and a cartridge heater in the tail. The device was also outfitted with data logging and a video camera. 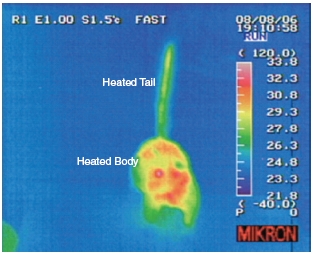 They prototyped Robosquirrel in a laboratory with snakes. That worked, so they converted it into a fieldable robot, primarily by making it radio controllable and by enclosing the support electronics and power source in a portable fashion. 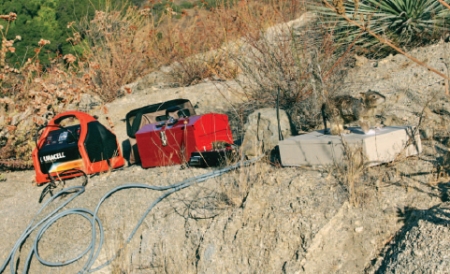 Why Use a Robot?

Robots enable animal behavior experiments that couldn't be done before. For example, how can you isolate and test individual animal signal components and the specific responses they elicit?

Robots have been used in other studies for animal communication and mate selection.

In this study, the robot allowed individual signals in a predator-prey interaction to be isolated and tested. So, they were able to empirically test rattlesnake reactions to:

Tail "flagging" is as it sounds--moving the tail from side to side. Previous studies without robots found that California ground squirrels wave their tail in order to scare aware various types of snakes. But when it's a rattlesnake, they add tail heat. If it's a gopher snake, which cannot sense heat, the squirrel appropriately doesn't bother heating its tail.

The robot requirements included being able to:

As for that ugly box under the robot, although suspicious to us humans, it didn't phase the snakes.

The Epic Battle Between Squirrels and Snakes

To digress for a moment...what is the deal with snakes and squirrels? Apparently, 34% of all California ground squirrel newborn babies (aka "pups") are eaten by rattlesnakes.

Rattlesnakes, the predators, are (as far as I know) not be to messed with if you are a rodent. Especially since they have venom. But...

If you remember at the end of the movie Batman Begins, Gordon warns Batman about escalation. Well, the squirrels escalated. An evolutionary arms race has resulted in venom resistant squirrels. But only the adults can survive the venom, not the babies. The adult squirrels have the option to defend their families against snake attacks.

Besides being venom resistant, the squirrels have a couple tricks, such as throwing dirt at snakes and the aforementioned flagging of tails.

What Did the Scientists Find?

The rattlesnakes, as expected, slithered away faster if Robosquirrel tail-flagged with heat. The snakes stuck around longer without the tail flagging. 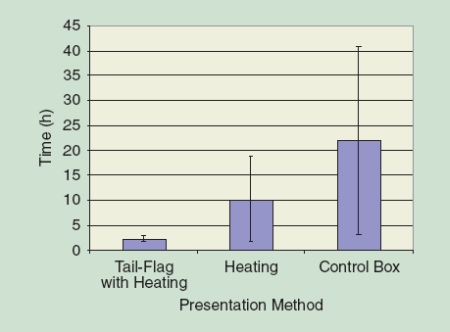 Time to abandonment of snake ambush site versus presentation method.

However, although the data so far jives with previous theories, they have not yet obtained enough data for a statistically significant analysis.

But there is hope: now that they have iterated the robotics and methods several times, they are better prepared to conduct a larger study.