Samuel Kenyon
One of reasons I like Tron:Legacy is the existence of ISOs.  ISOs are "isomorphic algorithms", which are lifeforms that emerged--unplanned--from the artificial environment of the grid.  Besides being a cool movie manifestation of ALife and emergent phenomena, there is also an association with certain philosophical and AI ideas via the word "isomorphic."  The introduction to ISOs may have sounded like a brief moment of technobabble to some, whereas to me it was a brilliant reference to Gödel, Escher, Bach.

In this famous (in some circles) 1979 book by Douglas Hofstadter , the author suggests that since isomorphisms produce meaning in simple formal systems (they act as the link between symbols and real world objects) they might be behind all meaning in humans.

In my opinion, in fact, the key element in answering the question "What is consciousness?" will be the unraveling of the nature of the "isomorphism" which underlies meaning.

The other awesome element of Tron:Legacy is the digital DNA.  This can be repaired by manipulating the holographic interface of an entity's identity disk.  In the movie this was demonstrated when Flynn fixed the digital DNA which then somehow resulted in the regeneration of Quorra's missing arm.  Although this is Hollywood's presentation of hacking incredibly complex system of codes (note that unlike most movies, Tron:Legacy shows actual UNIX commands being entered in the real world 2010 scenes, saving the fake interfaces for the Grid), it makes one wonder--what if repairing DNA and/or physical body parts really was that easy?

The concept of the ISO's digital DNA is also a provocative idea aside form the ID disk interface.  Is this DNA better than biological DNA?  Are ISOs truly better than humans?  Or are they simply the Grid isomorphism of "real" world humans?  Flynn talks about all the improvements he can make in the world from Grid projects.  However, Flynn tells his program CLU (which is a partial copy of himself) that there's no such thing as perfection.  So we are left in the middle ground, and anybody who thought this movie was a simple black and white good vs. evil epic Hollywood effects regurgitation has missed the important grey areas. 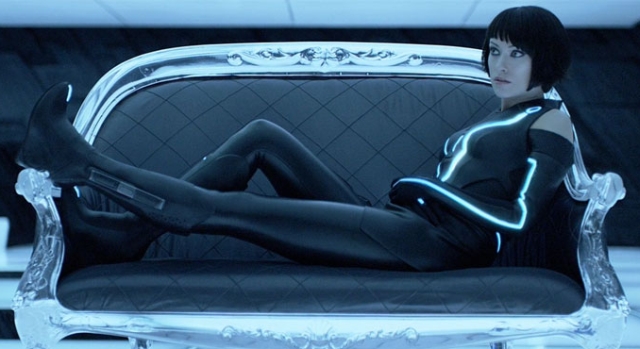