Johannes Koelman
Ridicule might delay truth but it can't replace it. In recent weeks astonishing rumors have been spreading fast in science circles, and soon the wider public will be in the know. According to these rumors, despite all the denial and ridicule, planet Nibiru is real. Yes, you read that correctly. Nibiru is a fact. Science leaders are ready to admit the observation of Nibiru.

This rogue object was there all the time. Right under our eyes. Since the days of Galileo we are aware of its existence. Initially it was mistaken for a star, and later for a solar system planet. It's neither. 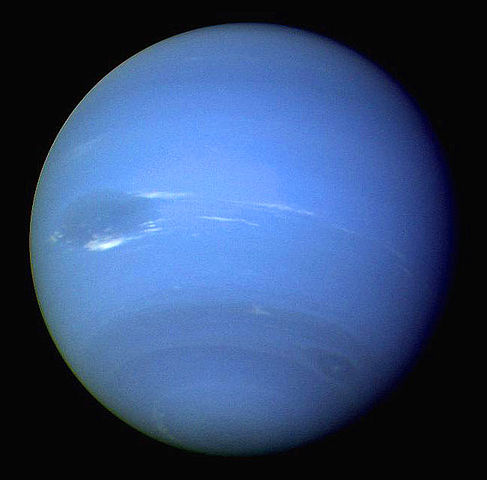 We currently know Nibiru as Neptune, allegedly the ninth planet. It simply isn't. You could call it the 8.5th planet: a massive object disguising itself as a planet in-between the 8th and 9th stable planetary orbits. Astronomers now refer to Neptune as a WIMP, a Wandering Immensely Massive Planetoid. WIMPs are dark objects that appear to be abundant in the universe and make up most of its mass. They wander from planetary system to planetary system, leaving a trail of havoc.

The breaking news is that our solar WIMP, aka Nibiru, aka Planet-X, aka Neptune, is behaving according to the Mayan and Nostradamian prophecies. It is leaving its unstable orbit and will soon be on its way to Earth. Large-scale computations by a NASA team headed by Dr. Nancy Lieder have revealed that this WIMP weighing in at 17 times Earth, will approach our planet at the end-date of the Mesoamerican Long Count calendar, December this year. The good news is: there will be no collision.

I repeat: NIBIRU AND EARTH WON'T COLLIDE.
However, that does not mean the close encounter will not affect us. Far from that. On December 21st, at the point of closest approach, Nibiru's gravitational forces will cause unparalleled tidal effects on Earth's oceans, and large-scale global tsunamis will result. 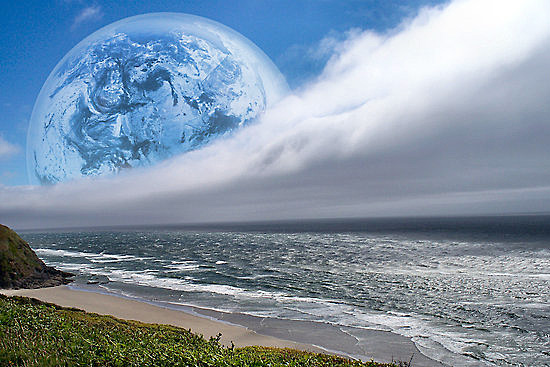 Yet there is no need for panic. A tsunami predicted well in advance need not make any victims. Key is to take precautionary measures and to make sure you are at a safe place when this global tsunami hits. And that safe place is... far away at sea. Where the sea is deep, tsunamis go unnoticed. To make sure you and your loved ones survive the impending Nibiru cataclysm you find at the bottom of this blog post instructions on how to pre-order your own Joint Escape Sea Unit - System II. With this unit and a dose of common sense, likelihood is that you and your loved ones will survive Nibiru. And according to the prophesies, a new era full of promises will await the survivors.

--> Scroll down to the pre-order information in case you are less interested in the scientific background to, and evidence for, the Nibiru encounter as explained by Dr. Nancy Lieder. <--

The amazing thing is that the key evidence that is coming to light is three centuries old. Nancy Lieder explains: "We could have realized there is something fishy about Neptune since the time of the discovery of the Titius-Bode law". Nancy puts a graph on the table. 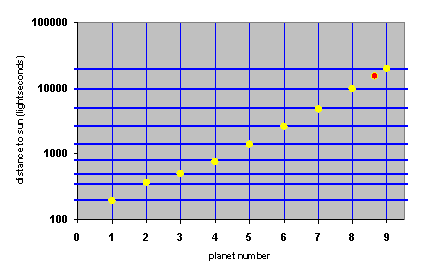 The blue horizontal lines denote the distances from the sun (semi-major axis in light seconds) as predicted by the Titius-Bode law. The yellow bullets indicate the observed distances to the sun for subsequent planetary bodies: Mercury (1), Venus (2), Earth (3), Mars (4), Ceres (5), Jupiter (6), Saturn (7), Uranus (8), and Pluto (9). Neptune (red dot) does not fit the Titius-Bode law. For many years, Neptune was considered the 9th planet and Pluto the 10th. This causes large discrepancies with the Titius-Bode law. Dr Lieder raises her voice when she elaborates:  "In a questionable move, considered by many an attempt to hide the Titius-Bode regularity and to draw away attention from the Neptune irregularity, in September 2006 Pluto got demoted by the IAU to its current status of non-planet. We all know better. It is Neptune, not Pluto, that is a non-planet. As is clear from the figure, with Pluto being labelled the 9th planet, the full power of the Titius-Bode law manifests itself."

Triggered by the Titius-Bode irregularity observed for Neptune, Dr Lieder and her team have computed Neptune's future trajectory. What the team feared did come out: Neptune's trajectory, in between the 8th and 9th stable Titius-Bode trajectories, is highly unstable. Nancy Lieder explains the phenomenon using an analogy: "just like a pencil balancing on its tip, Neptune is bound to seek an equilibrium position, and will do so in an abrupt irreversible move. This move has started earlier this year.

Dr Lieder shows many graphs and diagrams. Her story comes across as most convincing. The conclusion is nothing less than Neptune following a rogue trajectory through the solar system that brings it dangerously close to Earth on 21 December this year. "We wanted to publish this important result, but NASA, IAU and several government agencies that shall go unnamed have exerting enormous pressure on us", Nancy confesses. "Despite this pressure, last week we submitted the manuscript to the planetary science journal Icarus. A few days later we received a response from the editor that our publication was in conflict with their editorial policies that forbid them to publish papers discussing the Titius-Bode law." Nancy hesitates before she continues: "this is very weird, we suspect the CIA to have pressured the Icarus editors into this reaction". She looks at me and continues "our only hope now is to get our story out on the internet. We can't keep silent. There is 7 billion people completely unaware of the danger looming!" I nod and don't waste any words: "consider it done".

How to order your own escape unit


The safest place to hide for a tsunami is far away from the coast where the sea is deep. This is known since the early days of Japanese fishery, many centuries back. Deep at sea tsunamis are long wavelength phenomena that literally go unnoticed. No earlier than upon the return into their harbors did Japanese fishermen notice the devastation that happened in their absence.

Given the nine months notification, there is plenty of time to hide for the impending global tsunami. Those who own a sea worthy vessel just need to stock up food and water for several weeks and leave the harbor well in advance of December 21st. Those who don't poses a ship that can roam the oceans can preorder here a Joint Escape Sea Unit System II. These transparent spherical units are designed to survive tsunamis.They allow the user to walk over water out into the open sea, and to walk back to shore when the tsunami is over. Thanks to their unique closed construction and graphene-reinforced materials used, these spheres can withstand water pressures that can be expected to occur when inadvertently the sphere gets too close to shore and temporarily is covered in wall of water. One unit can accommodate a single person of up to 210 lbs. 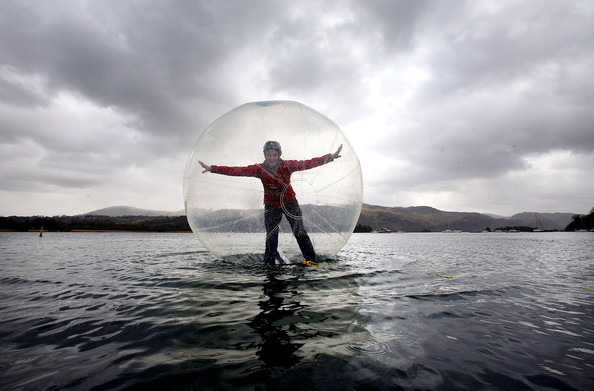 The smaller prototype (Joint Escape Sea Unit - System I) being tested. The System II is larger and capable of accommodating adults of up to 210 lbs, and is also pressure rated at 25 psi. The watertight yet transparent construction allows the user to observe Nibiru approaching and retracting, and to base the return to coast on this information.

Order info: you can preorder you own unit(s) from this site. Just put your full name, city where you live, plus the number of units you want to order (you will need one unit for each of your family members) in a comment below. Provided the total order reaches 10,000 units, the price per unit will be US$ 2,012 only. There is no need to transfer any money at this stage and you can cancel your preorder at any time prior to shipment. We have an option to acquire a total of 15,000 units (the number of readers of this blog) and will use the number of reactions to commit ourselves to an order total at or below this number. Those who have put down their names here will be first in line (based on a first-come-first-served principle) to receive a unit.