Hank Campbell
There could be a lot more COVID-19 cases than the 164 instances CDC lists, even up to 9,000 in the U.S., but even that would not be reason for alarm.

No, I am not MSNBC's Brian Williams or Mara Gay of the New York Times and unable to do basic arithmetic (or willing to believe crap on Twitter), it could be 9,000, according to the high end of a Cedars-Sinai esimate published in a preprint. And that actually ain't bad.

The presence of a virus does not mean pathology and yet some in California want to build an "Escape From New York" style wall around Los Angeles and San Francisco because of COVID-19 existing there. Worse, since it's an election year, any doctors or disease epidemiologists who put the virus in context and defuse media hype are going to be yelled at as helping Republicans keep the White House.(1) 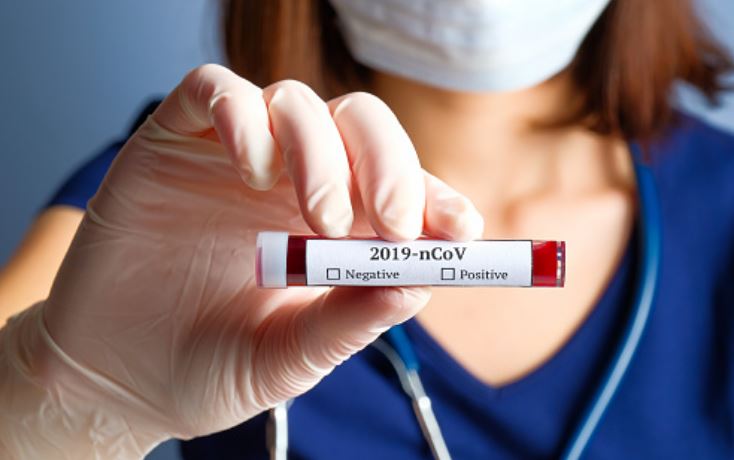 Image provided by Cedars-Sinai in their press release. Credit: Getty.

We need to be reasoned and if that also changes behavior forever, like washing hands and getting flu vaccines to protect people with compromised immune systems, even better, but buying up all of the toilet paper is a little silly. Society is not going to collapse because of this flu. And it is a flu, calling it something more menacing so that people take it more seriously is just a sign that we've done a terrible job with concern about the flu.

Hysteria often trumps reason, not just in the U.S. but worldwide. In France of 2003, hundreds of thousands of protesters took to the streets to prevent American involvement in Iraq, but then let 15,000 of their own elderly people die in a heat wave because they couldn't afford air conditioning.  Why did their own seniors matter so little and protecting a sociopathic Baathist dictator matter so much? They lacked perspective because media fed the cultural beast.

While it's good we are concerned about limiting this to 24 deaths in the U.S, we shouldn't ignore the 60,000 who died from the flu in 2018 - those 24 may also have died from influenza this year. Many of the preventions we did not use then would have saved lives - limiting exposure to others while ill, washing hands (and not touching your face all of the time) and taking the vaccine. Yet many of the same people who refuse to take a flu vaccine are now saying government should rush a coronavirus vaccine. Flu is often worse on the coasts because coastal elites are more likely to oppose vaccines of all kinds.

How did Cedars-Sinai and colleagues come up with 9,000 cases when CDC says 164? Because of the way viruses work. People may have it and may not even get ill. A lot of people went back and forth to China between December and February and Cedars-Sinai investigators used network theory with parameters like air traffic data between Wuhan and the U.S. They accounted for identification and quarantine of individual domestic cases in the U.S.

A more realistic cap would be 1,000, these kinds of academic parameter-based models are often too loose to believe. Prior to Science 2.0 my career was in numerical modeling in physics and there was always an academic group claiming they could do a better job than our company, but it always turned out they only did it with hand-picked analyses, and only predicted the past. Their jobs did not involve being accurate the way ours did, if their models were bad they just made something else and got paid to write a paper for that too.

Because of that, 1,000 or 9,000 may be completely wrong and CDC may be right with 164. Perhaps 1,000 sounds high compared to 164, but even 9,000 is not a pandemic the way any other flu is. And it is a flu, stating that plainly does not mean scientists are trying to diminish the 24 lives lost. Pretending it is not a flu trivializes the 60,000 lost in 2018, because it means we should have even higher levels of guilt for not doing anything about that.

How you can help? Flatten the curve. Credit: The Spinoff, illustration by Toby Morris.

The best way to protect your loved ones is not to subsidize Costco toilet paper sales or buy teas, aromatherapy or organic food, it is the same things you should do every year. Clorox, Lysol, and Purell should be the big beneficiaries of your money but washing hands should be the key behavior.

If there is any benefit to this, it may be changing behavior about all forms of the flu, but as we saw after the 2009 H1N1 pandemic, change is hard to achieve.

(1) Does that mean people talking about the disease are trying to cause them to lose using a disease? When the government botched H1N1 in 2009, President Obama was fortunate that he had just been elected so it couldn't be used to campaign against him. His policies were more worrisome than President Trump because the current President only says incorrect things, whereas in 2009 the Obama administration did not have enough H1N1 vaccines because they refused to allow multi-use vials. Those contained a preservative, which advisors to the administration and perhaps POTUS Obama himself believed might cause autism.
Science 2.0
More Articles All Articles
About