Hank Campbell
If there is reason for hope that coronavirus fears may mean pro-science beliefs get back to being the norm in modern culture, it is that regular chemicals have disappeared from store shelves in San Francisco while they clamor for vaccines they used to distrust. Meanwhile, there are plenty of organic alternatives and vegan food to be found.

If there is reason for despair it's that 64 percent of British millennials believe the moon landing was fake. Distrust of reality is so endemic that 11 percent of millennials in the country think Tupac Shakur faked his own death and is living in hiding somewhere.

Belief in fake celebrity deaths are not new, some people in the U.S. probably still think Elvis is out there, some even thought Hitler escaped and Osama Bin Laden too. It's just strange that a culture which was once willing to believe Lady Diana was in love with Prince Charles as recently as 1981 now thinks everything is "fake news." To such an extent that 27,000,000 in an educated country think the moon landing didn't happen. 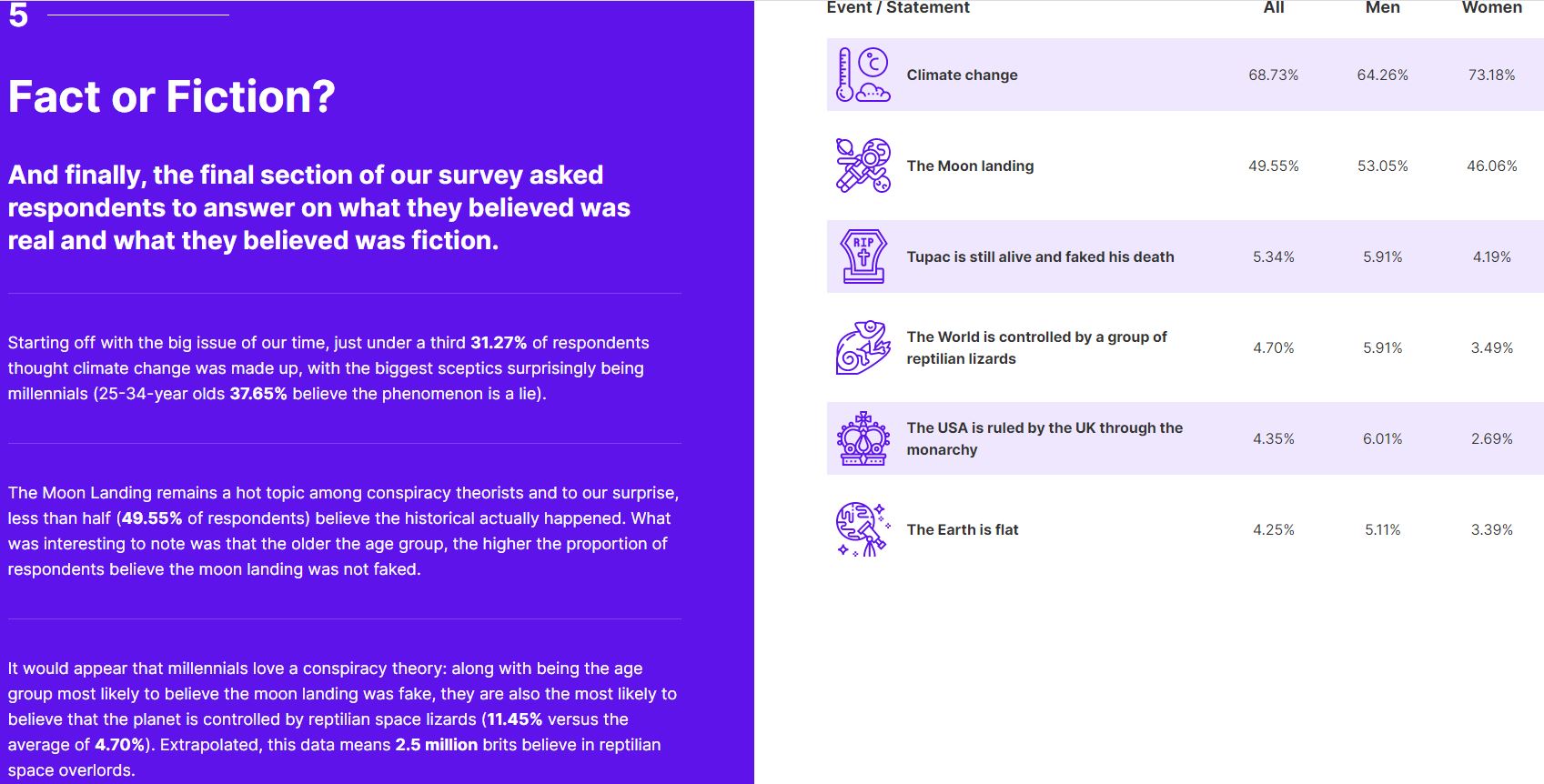 Do you believe that the British royal family secretly controls the U.S. government? You're not alone, millions of others do too,  at 4.35 percent.

There is an upside to fake news. A whole lot of British men aren't having their sexual self-esteem crushed because 40 percent of women in greater London lie about that. However, if you live in Newcastle you're either really great in bed or you are not unaware of your faults because only 20 percent of women say they don't tell the truth on that one.

The nationally representative survey was 2,002 respondents in line with demographics of the 2018 UK census and conducted by Censuswide but it's okay to be skeptical. The survey also found that 4% of Brits think the world is controlled by Reptilian lizards, so a whole lot of respondents may be playing April Fool's Day pranks early.
Science 2.0
More Articles All Articles
About