Hank Campbell
The value of bees in pollination is overstated, outside the on-demand almond grower market the pollination done by bees would be taken up by 400,000 other species if bees disappeared tomorrow, but that doesn't mean they are not an important part of the ecosystem in other ways.

The problem is that endangered, at risk, and other terms are political. Of endangered species listings, 70% were done by two presidents, and the definition of endangered has changed from a science one to an advocacy one.

A new model hopes to quantify it all with some clarity. There are challenges in creating a conceptual species ‘stock market.’ Like the regular stock market, it seeks to act as a unified basis for instantaneous valuation of all items in its holdings. The problem with species is that 99.99999% of species that have gone extinct we never knew about in the first place, and only 25% of species on earth right now are even known. Even bees are unknown. Environmental lobbyists and lawyers hype risk to one, but only more than a handful of bee species can even be estimated. The other at least 20,000 bee species can only be guessed at because they don't even have hives. 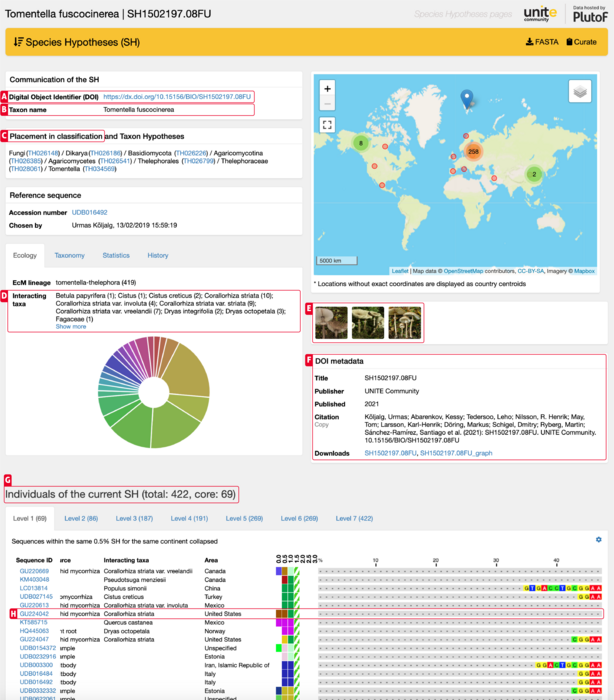 Per the authors, "A fungal example of a digital species with rich metadata on systematics, ecology, DNA data, and collection localities." Credit: Dr Kessy Abarenkov

Species have no owners, and no companies to act as 'market makers' for low value ones, so ‘trade’ would not be about transfer of ownership rights among shareholders, according to the modelers, but ‘selling’ would comprise processes that erase species, such as due to housing developments or pollution. It would allow taxpayers, or environmental groups if they want to be part of the solution rather than critics, to 'buy' into those species in other places.

If you buy stock in Twitter, you are not buying into value, you are buying an intangible, like the goodwill of the brand. That would also be the case with the Mississippi Gopher Frog or some other species that got irrational amounts of attention. It is a more positive solution than the US government targeting private landowners with threats that their land will be nationalized unless they tear down a natural forest and put up one that a hidden government contractor arbitrarily chooses - as happened with the Mississippi Gopher Frog, where Center for Biological Diversity and their political allies from the Obama administration lost at the Supreme Court in a unanimous decision.

'Goodwill' valuations allow all those rich people who casually insist the environment needs to be protected to put some money in the game, rather than telling poor people to pay more for gasoline, houses, and food.

Endangered species are too important to care about profit, right? This would be the chance for people to put their money where their Tweets are.