Hank Campbell
When President Trump said he was going to restrict travel from China earlier this year due to coronavirus, I didn't engage in the reflexive politics of corporate journalists and call him a racist, I just though it an overreaction. After all, the Whole Health Organisation did not consider it a pandemic and they usually hyperventilate about everything. They had even assured us it could not be transmitted human to human.

Their source for both; the communist party in China.

I even later noted, still naïvely believing a communist dictatorship was not lying just this once, that China would have it contained before it even got going in the U.S. Because they said so. Was it weird irony that a young doctor died from the disease he was chastising his country about ignoring after they arrested him? No, I am not that naïve, I was back to reality by then and assumed they killed him.

Now they are scrambling to suppress people who noted that after China declared COVID-19 contained at only 3,000 deaths the cremation furnaces were still running non-stop, and they are suppressing health care workers in Wuhan, rounding them up on suspicion they are collaborating with western countries to make China look bad by noting China did not contain coronavirus at all. The Chinese intelligence service is in love with its abilities and cannot fathom that its suppression, incompetence, and denial were so obvious even French and German intelligence agencies see through it, and they were the ones gullible enough to be duped by Saddam Hussein into believing he had the weapons of mass destruction that got Iraq invaded. With the economic repercussions obvious, it's time to talk about who should pay reparations for the War On COVID-19. 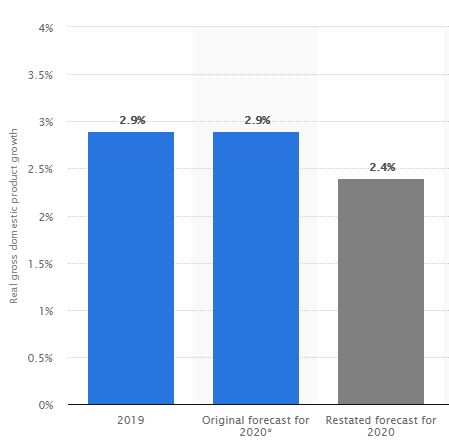 After the Napoleonic Wars, France was on the hook for $3.5 billion in today's money. After World War I, Germany had reparations equivalent to $450 billion. In 2020, conservative estimates place losses at 2.4 percent of the world's $87 trillion dollar GDP - nearly $2.1 trillion. America, riding high in January with unemployment so low there was demand for universal income for all and free health care, because we could afford it, now has 33 million more unemployed people and businesses collapsing. California, sitting on $500 billion in unfunded liabilities and with 4 million suddenly unemployed people, is publicly displaying a 'steady as she goes' facade while state economists are privately worried about a junk bond rating.

France, Germany, and Iraq caused wars and when they were ended they had to pay reparations - trial lawyers today insist large settlements is the only way to change behavior and if that is true, China should have to pay reparations for the war they caused. Though they hide behind developing nation status to avoid scrutiny of their world leading pollution impact, their GDP is only $7 trillion behind the U.S. All of us should not have to pay for the problem they caused.

They should be on the hook to repay countries that believed what they said, and for what they did, no differently than a company that pollutes a town would be. Perhaps that would force them to rethink their approach to disease control in the future.
Science 2.0
More Articles All Articles
About