Hank Campbell
Up to 15 percent of women are diagnosed with pregnancy complications and a new paper says that boys are more likely to be the cause than girls.

The authors speculate it may be because boys grow faster in the womb, needing more energy and nutrients from the mother through the placenta but after around 100 billion childbirths in human history that doesn't add up. Maybe it is the case in mice, and that is the caveat with the study. Mice are not little people, though you wouldn't know that from claims made by the International Agency for Research on Cancer (IARC.)

It is more likely that in humans obesity and stress are greater risk factors than biological sex and even in mice, sex may just be correlated. Regardless, the authors use their study in mice to advocate that pregnant human women should make lifestyle changes based upon the sex of their unborn babies, as if pregnant women don't have enough outsiders telling them what to do, being shamed if they have to use formula or are exposed to virtual pollution or have a gas stove in their homes that can be correlated in a paper to the child getting worse grades 15 years from now - with "statistical significance."

Statistical significance is not a valid indicator of anything. Like a mouse study, it can only eliminate a possibility, it can never show it. That is why drugs do not get FDA approval based on mouse studies but every company abandons a drug if it does not work in mice. I can show coin flips are prejudiced against landing on tails with statistical significance. Or prejudiced toward landing on tails. With the same data. All I have to do it use a large enough table, the way Harvard School of Public Health epidemiologists have famously done in their food frequency questionnaires, and you are guaranteed to link two things. Which Harvard School of Public Health has done, and every epidemiology group seeking attention, from the taxpayer-funded merchants of woo at National Institute of Environmental Health Sciences to their kooky Italian counterparts the Ramazinni Institute.

Statistical significance cannot really show relative risk any more than a study in mice can. There are too many confounders.

Expectant mothers already have enough to deal with and if people are not steeped in the language of science, risk sounds, well, risky. All academics know that is wrong and too many use it anyway. Journalists certainly take the bait on a weekly basis. Now pregnant women are supposed to worry about how their diet is impacting their placenta due to changes in mitochondria? 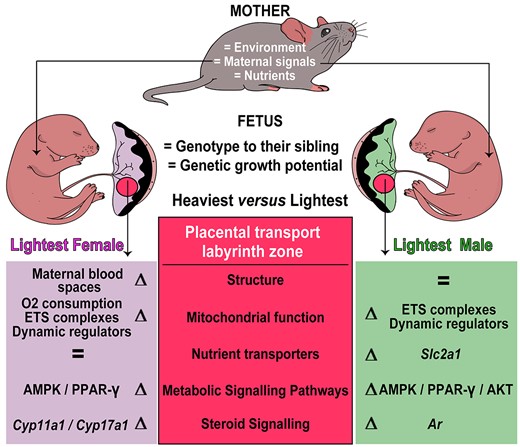 Not really. Mitochondria exist to take in all kinds of food and turn it into our common energy currency, ATP. It's not the sugar or the far or the protein that will matter in obesity, it is how many calories of those in any combination are converted. Too many and our body stores it for the future, as fat. Obesity is the risk factor for lots of things, it is about to overtake smoking as the number one lifestyle risk factor in the world (1) but anyone telling you some food is either a miracle product or killing you is selling something.

Another new paper recently tried again to claim that soda is a supernatural poison and "linked" it to risk factors for all kinds of things, but they created a conclusion and then wrote a paper to try and correlate soda to it.

The "low fat" diet craze of the 1980s was not created by scientists, most biologists said it was ridiculous(2), it was epidemiologists who linked people who ate less fat with better health outcomes, the same way they did with the Mediterranean Diet. Pick any diet claim that goes beyond "eat less, burn more" and it is epidemiology with hand-picked studies that might support it.(3)

An academic with an agenda against soda is going to find a problem, just like someone with an agenda against boys or pregnant women will declare they need to change their ways, but a one-off study is rarely important. Acai berries, resveratrol, hydroxychloroquine, you name anything that caught popular attention and it involved an epidemiological claim relying on statistical correlation.

None of them survived controlled clinical trials.

Should a pregnant woman have a sensible diet? Maybe. Lots of women did just fine eating whatever they felt like eating during pregnancy. The rest of the time a sensible diet is important. There is no need to panic over eating some ice cream or run to the doctor and demand to know if you are having a boy. It's still just a mouse study and there isn't going to be any rush by biologists to replicate this finding in humans for a basic reason - there is no plausible biological mechanism to argue boys might be worse pregnancies than girls.

(1) People worry about shark attacks when they go to the because because they are media clickbait, but you are more likely to die from a cow attack than a shark attack in the United States. Since 2017, 33 people have even died from fractal wood burning - shooting electrical currents through chemically-treated wood to create art - which is four times as many as have died from shark attacks.

Your risk if you don't do fractal wood burning is low but the hazard is the same for everyone because it is a blunt statistic. That does not stop hazard studies which do not care about dose, and therefore risk, in which one hamburger is the same as 10,000, from getting media attention the same way shark attacks do.

The International Agency for Research on Cancer, which in modern times seems to exist to give lawyers something to sue about, tried to claim "processed" meat was harmful, but it was just epidemiological correlation using data, including mouse studies, containing doses that spanned five orders of magnitude - one piece of bacon was the same as 10,000. Their decision to call bacon as dangerous for your health as plutonium and mustard gas was ridiculous.

(2) Like Global Cooling, there were scientists evangelizing it and they got media attention, the same way Paul Ehrlich claimed mass starvation was about to occur and environmental scientists in 1972 insisted we were going to run out of gold by 1981, mercury by 1985, tin by 1987, zinc by 1990, petroleum by 1992 and copper, lead and natural gas by 1993. That does not make it consensus. It does mean someone on the internet will dig up a newspaper headline as proof my statement about scientists not buying it is false and therefore everything I have written is invalid.

(3) In more recent times we had gluten-free and 'vaccines cause autism' fads running rampant on the US coasts - until a real health problem came along in the form of COVID-19, and then anti-science progressives were suddenly buying their way to the front of the line for the vaccine.
Science 2.0
More Articles All Articles
About