Hank Campbell
In the haze of smoke and mirrors about nutrition, it's easy to think that you will lose weight if you eliminate some scary chemicals (Endocrine Disruptors!™) or scary foods (Sugar! Dairy! Meat! High Fructose Corn Syrup! Grain! Gluten!) but the reality is much simpler: You just need fewer calories.

No, really. In 100 percent of studies, people who consumed fewer calories than they burned lost weight. Harvard Food Frequency Questionnaires, with their numerous outcomes and numerous foods, are guaranteed to come up with a food that will cause disease with a .05 p-value. That is how statistics work. It is probably why they chose so many foods for the first one and did even more later.

Dr. Stan Young, statistics expert and a member of the Board of Scientific Advisors at the American Council on Science and Health, showed this nicely at Genetic Literacy Project:

A simple coin-toss example illustrates the point. Say a scientist is analyzing 61 flips of a coin, and at some point there are five successive heads in a row. Seeing this result, the scientist formulates a hypothesis that this result, unexpected taken in isolation, seems to prove the coin is unfair. The perception of unfairness of the coin can be bolstered by not revealing that there were 56 other tosses of the coin in the sequence. The claim is, of course, a false positive because on the next set of 61 coin tosses it is unlikely that there would be five successive heads at the same place in the new sequence ... In all but three of the sequences, there is a run of at least five heads. Thus, a sequence of five heads has a probability of 0.55=0.03125 (i.e., less than 0.05) of occurring. Note that there are 57 opportunities in a sequence of 61 tosses for five consecutive heads to occur. We can conclude that although a sequence of five consecutive heads is relatively rare taken alone, it is not rare to see at least one sequence of five heads in 61 tosses of a coin.

It's no different with food. The first Harvard FFQ did use 61 foods, meaning a positive correlation to a disease for one of them with a p-value of .05 was assured. And they used even more since.

So relax about GMOs, no matter what worry Eric Lipton or Danny Hakim at the New York Times manufactures for his political readership, and relax about indulging - as long as it's a treat. You'll be fine, your body will have adapted provided you are living a healthy lifestyle.

A new Foodmix Marketing Communications survey of people whose diets are "extremely healthy" found that 40 percent of them indulge in a treat because it makes them feel better when they are feeling low. Their other responses show they maybe care about food too much, so it is telling that they are fine with treats: 69 percent will look for a "clean label" (ironic, since clean food companies are making the most people sick) and 57 percent buy organic food but they all like treats even though they prefer health food most of the time. 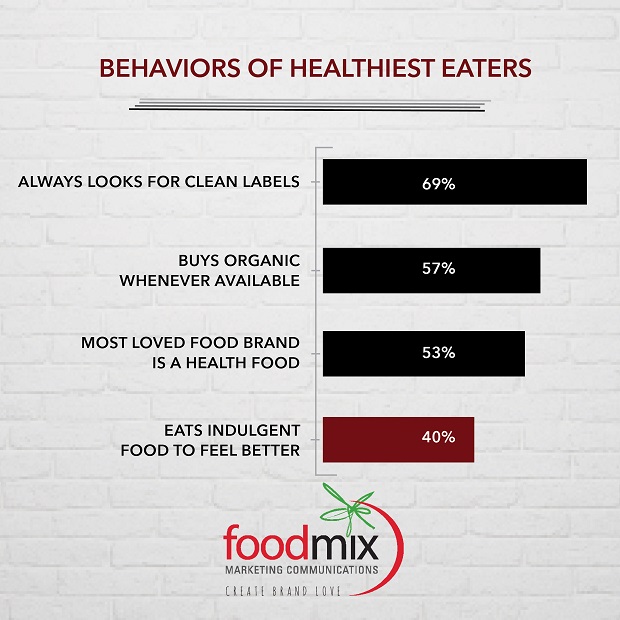 What might that mean? For food marketing, it will be what we have always said at American Council on Science and Health: Coke is a treat, ice cream is a treat, pizza is a treat. Eat sensibly, exercise. Giving up the food of the month will not make you healthy, nor will adopting whatever is in diet books this year as a superfood. That means companies will need to accept that food values have changed. Food has stopped being a basic need, science and technology have made it so diverse and cheap that it can now be a values issue.

™1993-2018 Fred vom Saal and the entire staff Environmental Health News corporation. All rights for being paid by trial lawyers should their beliefs ever be shown as anything more than fancier-sounding homeopathy are reserved by them.

Hank Campbell is President of the American Council on Science and Health and the creator of the Science 2.0 movement. Neither Big Food Marketing nor anyone else paid him to write this article.
Science 2.0
More Articles All Articles
About