Coronavirus Shows The Precautionary Principle Blocking Science Advances Has Failed - We Need To Stop It
By Hank Campbell | March 20th 2020 07:46 AM | Print | E-mail

Hank Campbell
California Governor Gavin Newsom has gone just this side of declaring martial law due to a .000008 risk of death from COVID-19. His promotion of panic has led to depletion of essential goods nationwide. With 40,000,000 people and the fifth largest economy in the the world (if it were its own country), California can vacuum up the nation's short-term stores easily. And has. Forget survey results about equality, social justice, and kindness, in reality America's most progressive state is just as greedy and selfish as anyone when it comes to personal behavior.

Gov. Newsom was able to pull off this unprecedented level of social authoritarianism with little complaint, even enthusiasm, because we have become unable to make our own decisions in managing risk. We have let government take it over, under the "precautionary principle", and desire for an impossible 100 percent safety. Even a .000008 risk means government can declare you a criminal if a trip outside your house is deemed "unessential" by ... government.

As we have seen with the CDC's bumbling incompetence in the early stages of COVID-19, they are unprepared to control or prevent real disease. Telling us about tainted lettuce 6 weeks later or manufacturing a pre-diabetes scare, sure, they can waste money as well as any government agency, but when it comes to an actual pandemic reliance on government is a terrible idea.

Yet we as a culture created this mess, with enthusiastic applause. 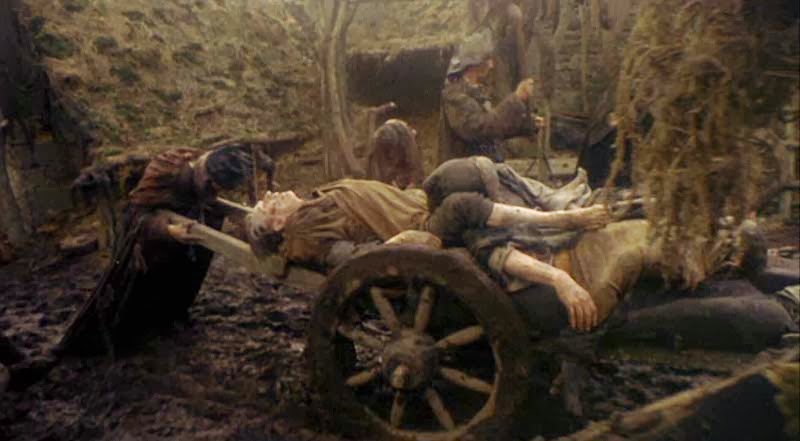 Monty Python and the Holy Grail, except in this modern case government cluelessness is not played for laughs.

Once upon a time packages said “Keep out of reach of children" but then groups demanded that nearly all products have annoying hard-to-open lids. We turned over our ability to exercise common sense and risk reduction to government rules and thousands of pages of regulations that companies spend millions complying with. A company now can't change the color of a drug label without having a phalanx of employees to navigate the FDA process for 18 months. Mylan could bilk the public on EpiPens because the approval process is so expensive and time-consuming no one else wants to enter the market.

The precautionary principle fetish was an obstacle to progress long before this but now it's a spectacular failure. After CDC showed us it (a) refused to send coronavirus tests to medical centers because the medical centers couldn't prove patients had this version of the coronavirus, which requires a special test and then (b) sending faulty reagents in test kits, how can we hope that government will ever allow a vaccine onto market without the 10 years and $1 billion that the regulatory process now makes common? It is now so expensive because the precautionary principle seeks to have no risk. That's impossible.

On Science 2.0 Europe, Dr. David Zaruk chides Europe for turning over its common sense about science to political parties and centralized government, but it applies to America as well.

Maybe coronavirus is the catalyst for change. Former FDA Commissioner Scott Gottlieb, MD, has been criticizing FDA rules preventing innovation since the Bush administration, yet an entire political party said he couldn't be trusted because he believes in ... free markets. Now a giant chunk of the public has learned he's right. Activist groups have long demanded that if a chemical can be detected in parts per billion a product should be banned, or at least targeted in lawsuits. With coronavirus, the public now sees that relative risk is what is important, not banning everything.

However, a giant chunk of the public still sees the term "precautionary principle" and reflexively agrees it is right. They feel like they cannot make an informed decision about risk. And they don't want you to either. There are groups claiming coronavirus precautionary principle is why we should demand bans on any food not labeled "organic." They claim farmers make us more susceptible to viral mutations.

When a polio vaccine was introduced, parents lined up kids around the block to get them into a Phase I trial. Phase I! Today, even San Francisco, arguably America's most anti-science city and where current California Governor Newsom made his name as Mayor, is demanding a vaccine when two months ago drugs that went through Phase IV trials and 15 years of testing were regarded as a corporate conspiracy against Chinese supplements and natural cures.

But they still expect the same government that caused these problems to fix them, which is a mistake. Many who wrap themselves in the false flag of the precautionary principle may be edging back toward accepting science and medicine as a public good but they still don't trust the corporations that develop it. We'll have to take it one step at a time.
Science 2.0
More Articles All Articles
About