Hank Campbell
Everyone in 2019 likes to claim their beliefs are grounded in evidence.  The most anti-science groups, from the journalism department at New York University Arthur L. Carter Journalism Institute to Greenpeace, still claim to have evidence-based decision-making behind their political or financial agendas. It's no different in the "raw" pet food market, but it's harmless posturing to wrap yourself in the veil of science unless you are actually claiming to be scientific when you poison people or their pets.

Then it's not just harmless marketing, like when dog food commercials trot out photos of wolves because way back they had a common ancestor(1) and claim your dog should eat that way now. Believing organic and raw marketing will poison your pets,(2) and another example of that is why the U.S. Food and Drug Administration The U.S. Food and Drug Administration asked people to throw out Darwin’s Natural Pet Products dog food. Samples tested positive for salmonella. 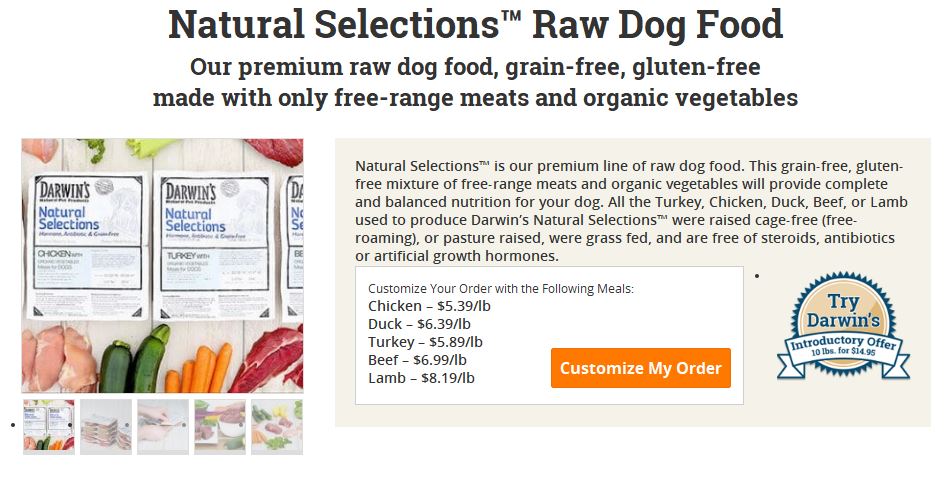 Nexus of woo, now with even more vomiting and diarrhea for your pets. I can buy a whole chicken for what they charge for a pound of holistic cosmic nonsense.

As is too often the case with government warnings, they arrive long after the dogs probably got ill. The lots that are just now being caught are:

If you buy enough dog food to last six months, you are truly wealthy. If you instead believe that when the dog food was manufactured makes no difference, are you sure you know what the word "natural" means?

And if you know about dogs, you know how bad this food has to be. Dogs have industrial strength stomach acid, giving them salmonella poisoning is relatively hard compared to humans. Yet the FDA did not just spot check this natural dog food, they got at least one complaint that set this in motion.

Raw pet food is more likely than other types of pet food to contain pathogens such as Salmonella, so use some common sense. Modern dog food has been scientifically optimized for pets. Don't think the old way was safer just because you saw it in a commercial.

(1) It seems to work well. Elizabeth Holmes of Theranos so wanted to believe her dog was a wolf she corrected everyone who asked what kind of dog it was - because a trace of genetics was all she needed. That lack of a clue about evolution is why Darwin's raw dog food is perfect for people who have too much money, distrust science, and yet want to believe their distrust is actually grounded in science.

The man who had arguably the greatest idea anyone ever had would either be outraged or laugh that raw food hucksters are selling this stuff in his name.

(2) This comes shortly after another company, "Hill's Science Diet", got numerous recalls, one again a week ago, after they ran the risk of giving dogs kidney failure by jacking up vitamin D levels. So unlike Darwin dog food or NYU Journalism activists, maybe they need a little less science enthusiasm. Or to at least learn the name of an endocrinologist.
Science 2.0
More Articles All Articles
About