Dear Believers In Vampires And Integrative Medicine - Plasma From Young Donors Is Not A Remedy For Anything Except Wealth
By Hank Campbell | February 19th 2019 01:35 PM | Print | E-mail

Hank Campbell
One new craze in the alternatives to medicine community is infusions of plasma from young donors, sold with the claim that it can prevent aging, dementia, Parkinson’s disease, multiple sclerosis, and even PTSD, post-traumatic stress disorder.

Vampires are just a story people choose to buy, like homeopathy and organic food. Plasma in blood does contain proteins that help blood clot blood but unless you are a trauma patient or have a medically diagnosed clotting condition, you are not benefiting from plasma.

Outside those cases blood plasma, from the young or the old, will only, in the best case, do nothing. In most cases, it is a serious health risk. Regardless, it has become a fad. The people least inclined to trust medicine and think science is a corporate conspiracy are oddly most likely to spend money on marketing gimmicks if it has words like proteins. 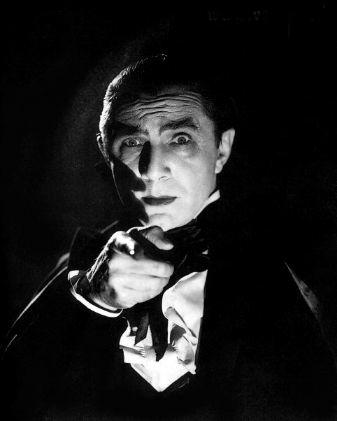 Even vampires think young donor plasma therapy is bananas, and they're made up.

The U.S. Food and Drug Administration has become concerned by reports which indicate that the dosing of these integrative medicine infusions can involve administration of large volumes of plasma that can be associated with significant risks including infectious, allergic, respiratory and cardiovascular risks.

Plasma is not a folk remedy. The FDA is not controlled by Big Pharma. If anyone tells you their bizarre experimental therapy does not come with an FDA-issued Investigational New Drug (IND) number, run, do not walk, from the facility, even if a plaque from Maharishi University or some place in the Caribbean is on the wall.
Science 2.0
More Articles All Articles
About