Hank Campbell
Coffee of any kind requires beans and those beans contain caffeine. If you don't want caffeine your choice to remove it is a chemical or...a chemical. Yes, I know some companies claim they use only water but they really use water and “supercritical carbon dioxide”, which is like claiming the chemical that creates banana flavor is different if it's grown in nature or in a building, despite being identical.

If you know chemistry you know that methylene chloride or supercritical carbon dioxide is actually irrelevant to the consumer. The beans are washed and roasted to where the traces of either are so low they used to be 'zero.' That has resulted in the financial gimmick anti-science activists use now. Today we can find amounts so small it is possible to detect anything in anything. Every potential hazard can be conspiratorially framed as risk by ignoring dose. It is done every day now.

It's a good business model to make money scaring people and environmentalists do it to the tune of $3 billion per year, with corporations the dominant funding source. It's just not science. 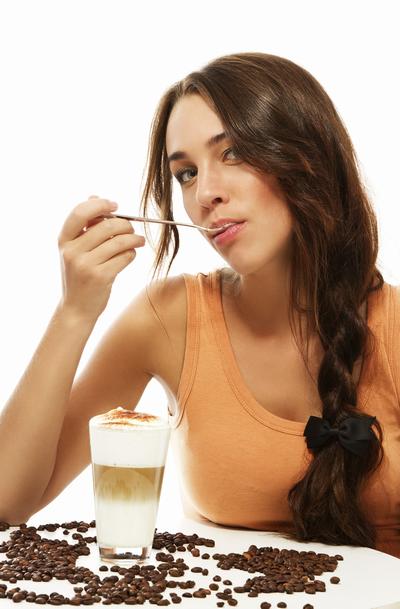 If you can detect something that kill rats, but only at a level equal to one drop in 160 Olympic-sized swimming pools, it doesn't matter for humans. Claims by the '5G detector' 'glyphosate testing kit' fringe are solely to raise money selling testing services and magical devices but they are meaningless for public health.(1)

Anti-biology and anti-chemistry posturing are good revenue for them, but if one eliminates the other, in a product that is as untouchable as alcohol and social security in the public consciousness, which will they choose to embrace?

That's the issue with coffee. What if genetic engineering can make decaffeinated coffee without using chemicals? Coffee is untouchable for consumers. California even somehow found a way to exempt coffee from its Prop 65 lawsuits, mandated whenever the International Agency for Research on Cancer correlates some chemical to something, despite declaring war on toast over the same acrylamide. A 'cancer warning' industry run by trial lawyers and so strong nearly 100,000 products now baffle tourists with their cancer warning labels can't find a way to sue coffee companies. That is true power.

Yet organic activists still find a way to charge more for their coffee, and with decaffeinated coffee they get a double bonus by claiming only some chemicals are bad in that process. Genetic engineering can remove the hypocrisy by using CRISPR-Cas9 technology to shut off a switch that produces caffeine in the bean. CRISPR-Cas9 is not a GMO, GMO is just a legal term, but environmental groups have painted themselves into a box saying GMOs were ruining earth and causing cancer while Mutagenesis, seeds dunked into chemical and radiation baths in a less efficient process that preceded GMOs, can be certified "organic." If GMOs are the only science they oppose, not Mutagenesis or legacy genetic engineering, then they shouldn't oppose CRISPR-Cas9 or RNAi. (2)

Writing in Slate, Caset Rentz discusses efforts by a few groups to use science beyond chemistry to make decaffeinated coffee - like genetic engineering.

Will any of these be acceptable or will activists pivot from being anti-chemical to again being opposed to the science the grandmother of the anti-agriculture movement, Rachel Carson, loved? Will they now claim Swiss Water is the only coffee that won't cause cancer, and continue to pretend it uses no chemicals like they pretend Mutagenesis is not genetic engineering?

Except they are corporations selling alternatives to the products environmental groups oppose.(4)

(1) 1/1000th of 1% is equal to 10,000% for activist epidemiologists. Except we all know that is crazy. Yet to groups like France's International Agency for Research on Cancer or the US National Institute of Environmental Health Sciences five orders of magnitude and up is fine for purposes of declaring something a hazard.

(2) Yet so far they oppose all science to such an extent even their allies have started to question how Mutagenesis is still allowed. The short answer is corporate behemoth BASF. The anti-GMO movement was started in Europe by environmental NGOs who get government money from politicians who need to support BASF. GMO was far more advanced than Mutagenesis but Monsanto was an American company and so for both reasons BASF began lobbying against GMOs, never thinking environmentalists would hate all science forever. Time will tell if they get burned by the anti-science monster they created.

(3) Mother Jones magazine, which competed for Russia Today in being the top critic of American science for a decade, is 84% corporate funded so they can't oppose everything - just conventional food and energy, leaving the "alternative" corporations with a place to advertise.

(4) Sometimes they have to embrace a new "alternative" to keep the money rolling in, or move the goalposts. Natural gas was touted for decades because they claimed the science of nuclear energy was evil, until the Clinton administration gutted nuclear energy and natural gas took off. Then natural gas became the problem needing a new alternative solution so they rushed to solar, which is far worse for the environment. Environmentalists cheered when Vice-President Al Gore broke a tie in the Senate to force corn ethanol off on all of us, until a decade later when Republican President George W. Bush renewed it and then President Obama turned over millions of acres of federal land to corn farmers to grow it. Then renewable biofuels were bad. Once electric cars are in use more than 0.06% they will turn on those as well.
Science 2.0
More Articles All Articles
About