Hank Campbell
You may have heard of the Freshman 15; the weight gain some college students experience their first year, when they have unlimited dining at the university cafeteria. Coronavirus may leave behind a new pandemic when people emerge from their homes and discover their work clothes are tighter.

The developed world was already undergoing an obesity crisis thanks to affordable food. Agricultural science, which used to struggle with environmental doomsday narratives that farmers were too incompetent, now have to defend against New York Times and Guardian editorials claiming farming is too successful. Because for the first time in the history of the world, the poorest people can afford to get fat.

Epidemiology hasn't helped separate political woo from reality. While during the coronavirus panic disease epidemiologists want to be heard, the public remain jaded thanks to weird correlation like that if you eat the way Italian peasants in 1950 did (e.g. the Mediterranean Diet), you will live longer, that butter was bad while trans fats were healthy because they were made from vegetables, or that bacon is as hazardous to our health as asbestos.(1)

And those are just the mainstream claims epidemiology has turned into pop culture. On the more extreme end we have "correlation" papers "suggesting" that chemicals in a pizza box make you fat rather than the pizza.

Citing The Guardian as an example of a politically polarized newspaper embracing anything if it undermines science is too easy, but relevant here. They take this stuff seriously despite there being no science involved.

Or recently that air quality is causing obesity.Because people in areas with more invisible pollution have a different microbiome.

It obviously makes no sense for multiple reasons. Using the microbiome, a meaningless, undefined term for bacteria, as a proxy for obesity is ridiculous. And the second problem the paper has is that we have little actual pollution. In terms of air quality most of America is as healthy as remote regions of the Amazon rainforest. The air is so healthy California Air Resources Board had to manufacture a new standard to scare people about after most actual harmful smog was eliminated: Small micron particulate matter you can't even detect; PM2.5.

And that is what their claim is here; not real pollution, PM2.5.

It's on trend in epidemiology circles because there is nothing else to write about when it comes to air. Smog, an actual class 1 carcinogen, is gone.

How is it possible for virtual pollution to get so much mindshare? Even my local weatherman threw up a giant air quality map showing red due to wildfires hundreds of miles away - we are the state capital, we have to pretend everything impacts us - and when I questioned him about it (including a picture of the actual outside) he defaulted to appeals to authority, invoking remote central authority without any critical thinking at all. CARB was busted exaggerating virtual pollution by 300 percent, they have also tried to claim that cooking a hamburger is more harmful to the air than driving an 18-wheeler truck, why trust them?

Despite evidence showing PM2.5 has never caused a single death, epidemiologists continue to "link" it shorter life. It's easy to do. You just have to create statistical significance and Environmental Health Perspectives, the anti-science fanzine of the U.S. National Institute of Environmental Health Sciences, will publish it. Or one of the other go-to places for mouse models and breezy statistics.

Then it is just a matter of writing up a "sexy" press release. 'Obesity caused by air pollution' is a very sexy claim, because no one is in favor of obesity or dirty air.

The problem they face is we don't actually have dirty air.

Epidemiologists first had to sell that our air was still dirty to politicians. This was done by 'defining pollution down' so that people believed it was still unclean. (2) There is no emissions standard that can make Los Angeles clean, the geography of it requires moving people and cars out of the region, but that is the reason California forced car manufacturers to obey patchwork regulations to operate in the state.  Ironically, it made cars more expensive which keeps older cars on the road longer.(3)

Once politicians were convinced, and adopted belief in virtual emissions, more bad correlation followed. The authors of the new paper claim air pollution is "the fifth leading risk factor for mortality worldwide" but their source is no source for that. Not in the science sense.

There is a link, to Health Effects Institute, but the source for that group's claim is a Lancet paper from 2017 which was an epidemiological estimate using data including a century ago.  That's not science, it is just epidemiology.

We don't even have have accurate temperature records from before 1980, who is silly enough to believe we had accurate pollution records from 1907?

Using estimates as a foundation - a true 'house built on sand' - they link air pollution to the microbiome which became a proxy for obesity. 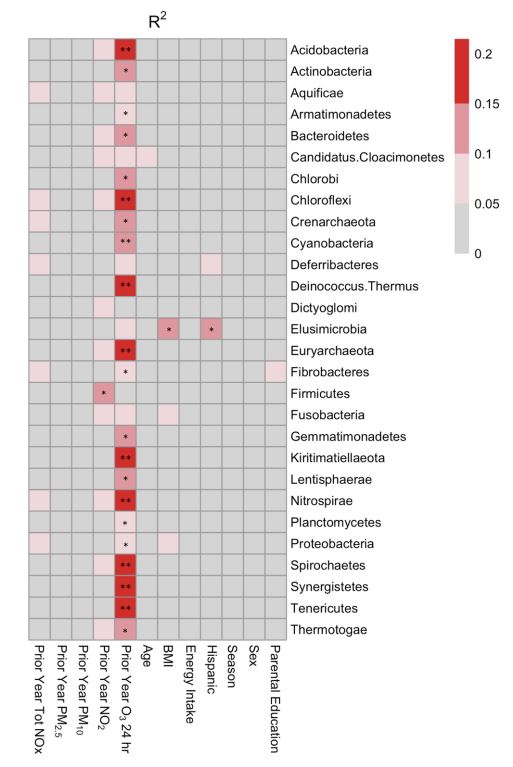 Only expensive probiotic yogurt can save us. Unfortunately, peer review does not because, like astrologers peer reviewing astrologers, the tribe needs to have things reproduction to avoid extinction.

Imagine if actual scientists working on a COVID-19 vaccine were told to instead use an estimate to statistically link something with unsubstantiated effect to a proxy for a lifetstyle. We'd get a cure for Fortnite.

The problem is that they can never really be shown wrong because there is no way for it to be right. You can't falsify a hypothesis when none exists. When you data dredge to achieve a target p-value instead of searching for truth, anything is possible. Anything, that is, except science.

Who can you blame obesity on if your state doesn't have much air pollution, like California? Epidemiologists have an answer for that also, like they do everything; they can correlate weight gain to out-of-state emissions wafting over your state borders.

(1)  Epidemiology began to abandon scientific plausibility after it rocketed to fame thanks to epidemiologists cutting through the clutter of smoking disinformation and showed it kills people. Where once it was a rigorous discipline, it began to devolve into caricature thanks to Harvard scholars who wanted to promote their latest Food Frequency Questionnaire link. They began to manufacture correlation and work media to get it promoted. Now, like theoretical physicists, they create beliefs and then tell scientists they should go prove it.

(2) Emile Durkheim formalized it in 1895's 'The Rules Of Sociological Method' by noting that when crime becomes the norm we redefine what crime is acceptable. But I first knew of it when I heard Senator Daniel Patrick Moynihan reference it in 1993 as "defining deviancy down." In a city of Bishops, for example, venial sins become cardinal ones. In this sense, when your air is so clean that pollution monitoring groups will be out of jobs, you redefine pollution down. Even down to particulate matter so small it can't hurt your lungs, you need an electron microscope to 'detect' it, but they argue that all real pollution is made up of it, the same way all cows are animals.

(3) EPA has signaled it is ready to put an end to California's rogue standards. Car manufacturers are playing both sides, saying they can voluntarily honor the California standard while realizing their revenue will go up. The used car business, which is blocked out of California (and thus leads to more environmental strain with new cars) is thrilled by the prospect.
Science 2.0
More Articles All Articles
About