Do You Make Real Estate Decisions Based On The Emissions Of The Property?
By Hank Campbell | September 16th 2021 09:14 AM | Print | E-mail

Hank Campbell
A consulting firm that charges you to tell you how to cut your emissions is now claiming that properties which don't spend a lot of money will plummet in value in the near future.

So if you own commercial property, you have been warned.

Or not. They correctly note that the UK government has passed a law seeking lower emissions by 2035 but then segue into claiming that the money savings you are losing out on if you don't spend money right now is an intangible like "prestige" - it's not as ridiculous as virtual money claims like "jobs saved" but it also does not make a lot of sense. If you buy a house, you look at comparable properties and what they pay per square foot. In no case does someone pay extra because it has solar panels. Instead, if you are smart, you will ask if they are still under warranty. You are not adding to the price you will pay, you think about how much it might cost you soon. You certainly do not factor in how much "prestige" the solar panels will generate among people who knock on the door to sell you something.

In the UK, 97 percent of their commercial real estate cannot meet those new targets, so the targets are aspirational, like the weird food pyramids USDA puts out as a healthy diet. They are not going to declare eminent domain on all those buildings or saddle every business in the country with fines each day. Yet the company suggests they might.

"Today's liquidity conditions mean valuations do not yet reflect the stark difference between buildings that are ready to support the low-carbon transition and those that are not," says the Fidelity report. "That won't last forever, and owners who delay investment in retrofitting could come to regret it."

And here I am showing this claim about property values plummeting in 5 years is a money grab. We know what response that will get from consultants. 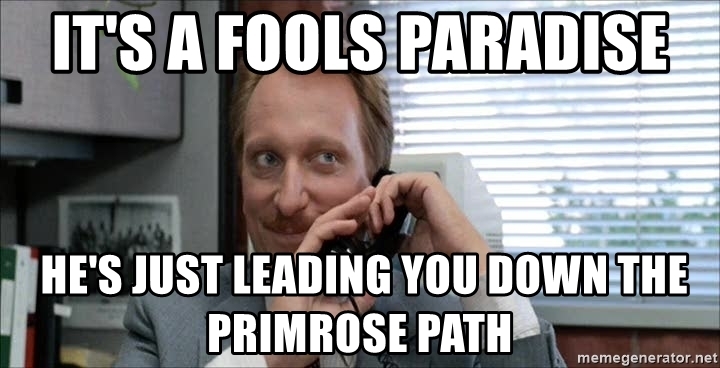 Does anyone else visualize Ed Rooney from "Ferris Buehler's Day Off" when you read claims like that?

The UK initiative in April simply set carbon budgets. They want to reduce emissions from shipping (obviously a large factor on an island) and every other business, including real estate, will have a carbon budget. If you own a corporate building, you already care about not wasting energy. It's an expense. Just like a homeowner with four seasons in the US will put in double-pane windows to conserve energy, building owners already create long-term efficiencies. But is there some new window coming out in 5 years? No, consultants promoting LEED or whatever will tell you to put up walls of plants and that will be an expense, and will make the C-level green executive you aren't sure why you hired happy, but it won't improve the value of the property.

If they sell the building, no one will pay a premium for that. So for now, this stuff is all political. Government can say anything they want about some goal 14 and 29 years in the future, that is Someone Else's Problem. As it should be. But consulting companies need to make money right now, so they need to create a sense of urgency. Buy fancy green accessories if you want, but you need not buy the hyperbole they are selling.
Science 2.0
More Articles All Articles
About