Hank Campbell
People often adopt vegetarian or even vegan diets because they are told it will make them healthier, but the same epidemiological correlation that tried to link butter with heart disease claimed trans fats would prevent it, and now statistical links claim just the opposite.

Without a plausible biological mechanism for how meat or trans fats might impact health, such claims always remain "exploratory" but in a 24-hour news cycle a big name like Harvard School of Public Health or International Agency for Research on Cancer will get media attention, and most covering science journalism don't know the difference between correlation and causation. IARC, for its part, even tries to make its findings seem more authoritative than they are and use causal verbiage in their media kits while their actual monagraphs note they can't show causation.

But 'meat is bad for you' is now big business. So big that if studies debunk it, "True Health Initiative" and epidemiologists like Walter Willett and Frank Hu, who've made their careers undermining a normal diet, will call any scientist who undermines them shills for Big Meat; the kind of ethically suspect technique that is unfortunately common among activist academics. True Health Initiative will even try to pressure journals into censorship or lobby law enforcement to investigate critics. Their dozens of corporate sponsors won't continue to fund them if they don't. 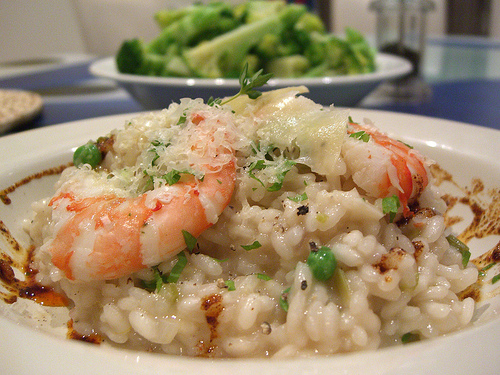 A vegetarian diet can be healthy for you. Just like any diet. Even if you only eat salads or any food at McDonald's. It can also be bad for you, just like any diet. If you want to eat Big Mac's in obscene quantities every day as a publicity stunt for a documentary, you can, and you will feel awful, but you can more easily find unhealthy looking vegetarians.

Statistical correlation claims that the "least processed" foods are healthier but the definition of such is unclear. All bread is processed but matching white bread to diseases led to claims that whole grain bread is healthier. There is no scientific basis for it. It's all bread, a lot of carbohydrates and calories. Eat too much of it without additional exercise and you will gain weight. Orange juice is basically Coca-Cola with some vitamin C but if it's squeezed by hand it's considered less processed and therefore healthier.

A recent analysis using 10 years of the 2001 and 2002 ATTICA study in Greece - begun after the Mediterranean Diet again became the latest craze - brought some sense into the matter, and it concludes that if you engage in a vegetarian diet, you won't end up more healthy than when you ate meat, if you stay obese. And that affirms calories are the problem, not the type of calories.

The results were what common sense would tell you. Higher calorie foods like juices and potatoes and chocolate are all vegetarian, but they don't make you healthier than eating a steak. The weakness of this study is the same as in all Food Frequency Questionnaire claims; it relies on memory of diet, in this case over the past year, and has so many outcomes and foods almost anything can be linked with statistical significance; 156 foods. And this analysis used a very small sample, 146, so small changes could have a big impact.

They were also obese so even though they had normal blood pressure and blood sugar when the study began it's not a surprise they developed higher numbers later. Yet even those two things are simply risk factors, not diseases themselves. So a potato can be a risk factor for a risk factor for a disease but that is no reason to give up potatoes. Eat one instead of two. The obesity is still the problem.

If you want to eat vegetarian to get healthier, make sure you pay attention to the calories. A giant salad slathered in dressing is not going to make you healthy, nor is chocolate cake. Like Einstein's Theory of Relativity, energy balance has survived all challenges. In 100 percent of studies, people who consumer fewer calories than they burn lose weight, and if you maintain a healthy weight it does not matter whether you eat a typical diet or that of a Greek peasant in the 1950s, your odds of being healthier in old age go up.