Hank Campbell
I am not running for President so I don't have any need to cater to Iowa corn farmers and voters, as former Vice-President Al Gore admitted he was doing when he broke a tie in the Senate and forced ethanol mandates on Americans.

Gore's move was not just cynically motivated - it sure wouldn't be the last time a politician wrapped themselves in the flag of science to further their career - it was bad policy, terrible for cars, and despite claims that government mandates and subsidies would counter-intuitively set off a chain of free market technology enhancements, those never happened. Instead, as everyone knew throughout history, when governments pay companies to do something, they continue to do it rather than blow up their revenue stream.

Ethanol isn't better for cars, it's worse. It isn't better for the environment, because it take energy to make the ethanol, and the energy is over 80 percent fossil fuel derived, then the ethanol is burned in engines. Thinking that is helping Gaia is even more ridiculous than pretending your Tesla has zero emissions. It's not only worse for the environment, it's worse for people, since farmers in other countries can make more money selling corn to clueless Americans than they can selling it locally - which drives the cost of their food up. 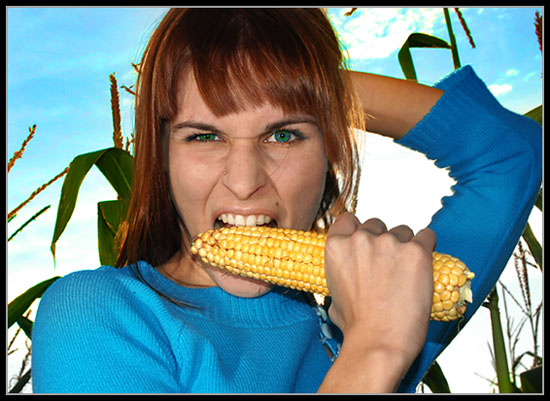 The EPA is making baby steps, lowering the biofuel mandates below Trump administration levels, Reuters first reported. If the Biden administration really wants to stick it to Republicans, they can lower it to zero and nothing bad will happen. Republicans? Sure, that is the only reason I can fathom why the Biden administration is taking this on when they should be busy letting countries that rely on us be taken over by terrorists. Though Democrats puished it into existence, President George W. Bush and a Republican Congress mandated it, so he can be blamed, the way politicians need to blame the other party for everything. The 5 million acres acres of federal land the Obama administration turned over to corn farming can be ignored as easily as they ignored the science.

Right now, the anti-science boondoggle means fuel companies must blend in biofuels or buy Renewable Identification Numbers (RINs) from some other company. In a bad economy, with a new trillion dollars in debt to pay governments to pay unions to do...something, companies are still having to make costs higher for people who can't afford a Tesla by buying this stuff or paying a fee to someone else, the way you once could get out of a war in Europe by bribing someone to stand in for you.

You can't be The Party Of Science, the way Democrats say they want to be (they even started accepting vaccines again!) and then ignore every science study of the last 30 years because you want to lock in Iowa voting support for the next election.
Science 2.0
More Articles All Articles
About