Epidemiologists Link Celiac Disease To Frying Pans And Then We Wonder Why People Don't Believe In Masks
By Hank Campbell | May 12th 2020 11:12 AM | Print | E-mail

Hank Campbell
During the SARS-CoV-2 pandemic, when disease epidemiologists want to be taken seriously by the public, they face an uphill battle. Blocking their progress are epidemiologists who casually link everything to diseases, often using food frequency questionnaires which have no scientific legitimacy.

Environmental Research is one of the go-to journals for these kinds of shoddy correlation papers (they also claim WiFi is killing you, look for them to blame COVID-19 on 5G cellular service soon) and a new one not only linked frying pans to celiac disease, it took its shot to get into the Washington Post - by claiming that women are impacted most.

Celiac disease is a medical condition, gluten found in some grains is essentially poisonous, but after poorly done epidemiology papers led to popular books ("Wheat Belly", "Grain Brain", etc.) gluten-free foods turned into a $5 billion diet fad. Proponents ignored that substitutes were not healthier and suggestions that modern agriculture created more celiac disease were ridiculed, since chief evangelist David Perlmutter also claimed using a tiny sample that his changes to diet can prevent half of Alzheimer's cases.

Yet he said he had epidemiology on his side. Epidemiology, like any statistical grouping, can do good things or bad things. Smoking was a landmark win for epidemiology, for example, we obviously couldn't do clinical trials with cigarettes, and after that win it became a big money enterprise in academia. That meant papers needed to be published to keep grants rolling in.(1) And they did get published. Hundreds of thousands. Name almost anything and an epidemiology paper has linked it to help or harm.(2)

By early 2020 the field had descended into self-parody; living near a subway made your children less intelligent (except statistical data showed in New York City it made children more intelligent.) The makeup your mother used before pregnancy is why you are fat decades later. The election of President Trump caused premature births. Brewed coffee prevents diabetes but other coffee does not. There have been thousands just as ridiculous.

Epidemiologists once insisted that genetic heredity was not a factor in cancer. Now they claim everything in breakfast causes it, from toast to tea. And outlets like The Guardian rush to promote their claims if they were published by IARC or NIEHS or any epidemiology outlet.(2)

It's no wonder most of the public thinks they shouldn't trust scientists on wearing masks; the academic science community will happily call out vaccine deniers on Facebook but not anyone they might have to see on campus, like epidemiologists. And that weakens trust in all science.

This new epidemiology paper seems absolutely tone deaf in May of 2020. While there is a real disease crisis out there, New York University Langone is doing to trust in epidemiology what their Arthur L. Carter Institute does to trust in journalism; killing it. 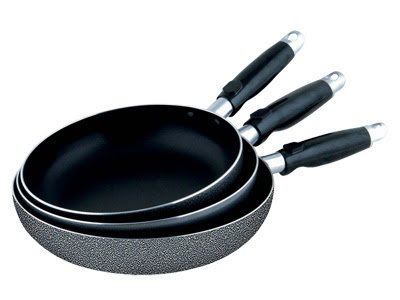 Did this pan give your child celiac disease? Or you? Even if you never used one, epidemiologists can create an explanation for how their cancer scare of the month can be correlated anyway. Your mother did. Or grandmother. Or great-grandmother. Or maybe you saw one. If all you need are two curves going the same way, we can link anything to anything by now, because measurements are so precise we can detect in anything. There is no longer a zero amount of anything anywhere on earth.

Like too much of epidemiology, the authors didn't measure anything; they set out to claim pesticides, non-stick cookware, and fire retardants do whatever Dr. Leonardo Trasande of NYU Langone is drumming up fear and doubt about this month. Trasande has a medical degree but his career is instead weirdly devoted to "observational" epidemiology claims; he and collaborators intentionally use cross-sectional design - the weakest of observational epidemiology study designs - while downplaying their limitations in press releases for journalists.  If you recognize how flawed political polling is you can understand why no personal health or policy decisions should be made based on a few dozen people here either. Polls don't tell us how people will vote and this is the same method trying to predict science.

Using one location, they took 30 people with new celiac diagnoses and found traces of the chemicals they hope to scare us about in their blood data, then they compared those to 60 others and found those trace levels were even more minuscule and non-intuitively concluded that the chemicals caused the celiac disease. Not any of the thousands of others possible reasons, like biology, common chemicals in widespread use for over 70 years. Based on a ridiculously small sample they even declared that women are 8X more likely to become gluten intolerant and those with detectable levels of perflouoroalkyls (PFAs, like in Teflon frying pans) were 9X more likely to have celiac disease.

Everyone used teflon in the 1970s but it is a tiny business now, there are 50X as many employees in the tiny solar power industry as there are in making non-stick pans.
So celiac disease must have plummeted because the chemicals are mostly gone, right? Not at all, its diagnoses have gone up.

What gives? Once again epidemiology fails when being asked the question anyone with an 8th grade education would ask; 'where are the bodies?' They are nowhere to be found. Instead, if I want to make the same kind of spurious correlation they make, I can argue that teflon prevents celiac disease. Teflon is now only a $1 billion-a-year business but in the 1970s it was in nearly every home in America. Yet the curve of people claiming gluten intolerance just this decade is a hockey stick going up even as teflon declined another 2% each year.

They will have a rebuttal for that, the same way astrologers and naturopaths have a ready answer for their failure; it was bioaccumulating from the past or your mother caused it by wearing makeup or your father caused it due to epigenetics and eating Dinty Moore from a can that had BPA in 1990 or whatever. Maybe a rat study somewhere showed these chemicals cause harm the same way 10,000 drugs have cured cancer in rats. Epidemiologists often believe rats are tiny people, something every scientist in chemistry, toxicology, and biology knows - heck, even geologists know - is false. You should not be so gullible.

This paper is not science. What else did the people with celiac disease have in common that non-celiacs lack? Specific genetic switches. Biology. Science. All ignored.

Disregard for science is something that has plagued large swaths of epidemiology since the 1990s but like vaccine denial it is centralized in the U.S. northeast and the west coast - schools like Berkeley, NYU, and Harvard dominate woo output. New York Times and The Guardian ask no skeptical questions before rewriting the press release. We can hope the new skepticism caused by COVID-19 creates a conscience among legitimate people in the discipline. Or anger, the way doctors get angry when someone compares a Naturopathic Doctor to a real M.D.

If journalists stop phoning it in by writing Scary Chemical and Miracle Vegetable stories based on nothing but data dredging or the multiplicity problem, the next pandemic will be met with far less public resistance and mistrust.

(1) And they will protect their income. If you refute the more specious claims, like that a vegetarian diet is better than meat, those with money in the game will create robo-email tools to attack you, they will try to get lawyers to sue, they will target journals that publish debunking papers.

(3) A credible epidemiologist could correlate payments to The Guardian with the appearance of
op-eds by anti-science trade groups. That would have a lot more value than claiming a pizza box is an endorcine disruptor
Science 2.0
More Articles All Articles
About