Hank Campbell
Electric cars are popular, thanks to government mandates and subsidies, but they have a problem in the distance; massive amounts of battery waste.

The EU, for example, wants to have 30 million electric cars by 2030 and while politicians can ignore the fossil fuel demands and strain on the grid, electric cars bring something they can't ignore; the environmental impact of giant toxic batteries in landfills.

Politicians say they will just recycle those, and that may make people feel better, but where is the science? There has been no science in California, for example, though politicians routinely expanded the materials that needed to go into blue recycling bins. Instead of being recycled, garbage is California's fifth largest export to China, where it just goes into landfills until someone figures out how to really recycle grease-covered pizza boxes. 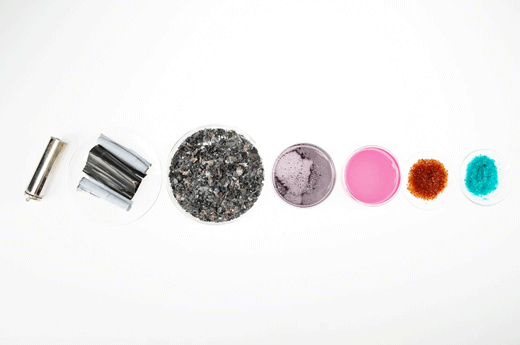 So it goes with recycling electric car batteries. Just because politicians and their allies in environmental groups say electric cars are great and recycling is great does not mean it is. A new paper simulated the life-cycle analysis of batteries and compared the cost of mining versus recycling, and recycling has to make giant leaps in efficiency to close the gap. What has never led to improvements in efficiency? Governments mandating and subsidizing existing technology, which is why solar panels haven't really improved in 60 years. They don't improve because they don't need to improve, and that could happen with batteries - what will politicians do in retaliation if the private sector doesn't spend billions on basic research, go back to endorsing diesel?

Making new batteries is 300% better for the environment than recycling

The new paper notes that current battery recycling uses smelting, which typically loses so much lithium and other raw materials it is an environmental negative - like buying a package that says it is '10% post-consumer recycled content' and then learning for the energy it expended to get so little recycled it is better for the environment to have none.

More expensive hydrometallurgical processes can recover all of the battery metals but require fantastic amounts of energy and chemicals. The wastewaters that result are toxic. No one wants to drink sodium hydroxide.

An objective look at the data - without the idealism of politicians and environmental lobbyists - shows that recycling process gives back 38% less than than just getting new raw material. Being nearly 300% worse for the environment is not better for the environment, no matter how hard groups try to "frame" it as being better.

Activists and politicians in Europe instead invoke the miracles of the capitalism they hate and blame for all of the world's troubles. They insist that creating an arbitrary date - 2030! - and claiming the private sector will somehow make it happen means it will happen. It instead makes it madness. Academics move at a snail's pace when it comes to applied science, so they can't do it, and the private sector is being paid for the status quo. It would be like a government mandating and subsidizing seatbelts for cars while claiming the car industry will make great airbags in a few years.

Is there hope?  There is, if government gets out of the way and stops subsidizing their political friends who profit from the status quo. With 30,000,000 electric cars just in one geographical bloc, battery recycling could go from cost sink for taxpayers, with government taking its 50 percent cut before handing the remainder to political insiders running well-connected companies, to a $20,000,000,000 industry.

What would make that happen? Not letting an electric car be sold until there is a valid disposal plan. Activists love the idea of carbon credits so they can't object for the same concept in toxic waste. If they stop subsidizing and mandating electric cars and instead legislate a plan where recycling 70% of mass battery waste and 95% of cobalt, nickel and copper, along with 70% of lithium, must be recovered, they make force scientific progress and save the environment.
Science 2.0
More Articles All Articles
About