Hank Campbell
Many people have recently discovered that the U.S. CDC is actually not that useful. For some, it came when CDC refused to send hospitals coronavirus tests until they proved to CDC their patients had coronavirus. Then, when the Trump administration forced them to send tests nationwide the career employees at CDC showed they were so clueless they hadn't even checked to see if the tests only they were allowed to send had the correct reagents (they didn't.) Then the public started to wonder if CDC could do anything more than reformat and reprint statistics they got from states using money they got from states. Which they then use to tell states what happened a month ago.

Journalists have scrambled to blame Trump for the problems at CDC, as if his few dozen appointees matter and all those career holdovers wouldn't have blown the whistle if Trump had been sticking it to battleground states by sending useless tests.

It's not his fault, it's a chronic problem.

The CDC's issues are not new. I've been critical of them for years. How many times did they notify us weeks after an E. coli outbreak on lettuce that the lettuce was tainted? This whole article would be URLs to old articles if I listed them all. Who, with any knowledge at all about disease, thought they would have any real value in a pandemic? In a crisis, do we need computer results showing how well they predicted the past six weeks from now?

What used to be a nimble Centers for Disease Control got "and Prevention" tacked onto their name in 1992 and lost sight of their real mission. 'Prevention' can mean anything. Did they prevent diabetes by manufacturing a scare-mongering campaign of a wholly American non-medical fantasy called pre-diabetes? Not a single case. They simply had the rest of the world either laughing or wondering if Big Metformin had bought the Obama administration off.

Did they prevent climate change by spending tens of millions of taxpayer dollars writing uninformed estimates about one computer generated scenario of disease impact? Not at all. But when they were told to stop wasting taxpayer money doing that they wasted even more in a lawsuit over it.

They could have bought 300 ventilators with that money, that would have made some sense, as New York Governor Andrew Cuomo learned after his refusal to buy them and telling experts to create a rationing plan blew up in his face this year.

There are now calls for President Trump to reorganize CDC, and they may be right. It should not be eliminated but a non-political panel of experts should be given authority to get them back to doing useful things.

Unlike CDC, FDA has adapted quickly to the new landscape

One department he may not have to fix is the U.S. Food and Drug Administration - FDA. When I wrote my scorecard for President Trump's science and health picks in January 2017 Scott Gottlieb, M.D., had not yet been nominated to run FDA, but things looked good with Ag Secretary Sonny Perdue, Dr. Francis Collins at NIH and more so I felt confident FDA would be fine. When Gottlieb got the nomination I was thrilled. He had been both a doctor and cancer survivor, he was not a career government employee but had been a deputy at FDA, and he was critical of FDA's increasingly bloated "no defects" mentality. It had led to long development times, high costs, and no improvement in safety. It had simply blocked out competition for products like the EpiPen.

Gottlieb wanted to streamline device approval and generic drugs and made a lot of improvements before he left. Coronavirus showed the job was not done. After CDC revealed it was incapable of doing anything important, FDA looked at data and gave emergency authorization to companies that were experts at testing rather than experts at being government union employees. An agency which routinely made companies spend millions of dollars and engage dozens of employees to change the color on a label realized that they could simply create a standard for hand sanitizers and not treat it the same way as a new heart medication and that would be better than citizens mixing rubbing alcohol and aloe gel in their kitchens.

Now they are easing up on all of the ridiculous food label micromanagement because they don't want to damage the food supply. 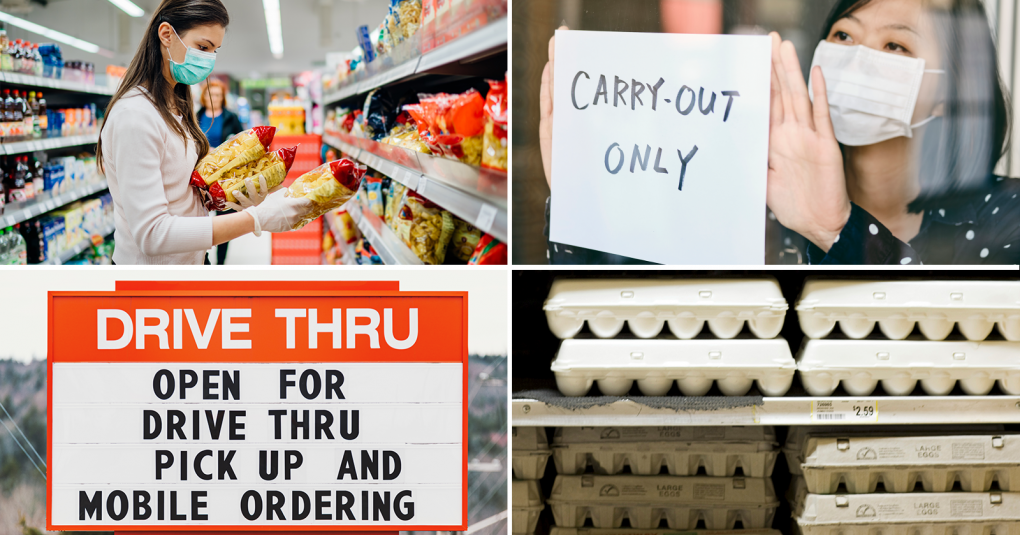 The public is right to ask; if these regulations are revealed to be a pointless obstacle during a pandemic, why aren't they stupid all of the time? If they are not saving lives or at least protecting health, what is the point?

It certainly has never been about protecting the public from fraud; an agency which in the past told Kraft it could not advertise its slices had 5 ounces of milk lest the public believe their cheese slices had calcium equivalent to 5 ounces of milk now lets almond juice call itself milk. It lets broccoli call itself rice and allows vegan bacon. It even allows Whole Foods to lie in print and claim its organic food is grown without pesticides. They let a $30 billion supplement industry make numerous nonsense health claims as long as they put in tiny print that no science was involved.

They let standards of identity go out the window while adding volumes of red tape to normal food.

Now they want to fix that during the COVID-19 pandemic and I applaud them. Let's hope they make it permanent.

Though the food is identical, restaurant business purchases can't be sold to consumers

Restaurants are functioning at a fraction of the business they once had, so they have food deliveries that don't have labels saying it is for home use. But it is identical.

It is against the law for restaurants to do anything but throw it out. That is the FDA of March 2020. Now they have modified this ridiculous rule so that perishable and non-perishable food not specially labeled for consumers can be sold to anyone. There is zero difference in safety, any food outbreaks can still be traced. The food would literally be opened and cooked just like it would in their restaurant.

Why did this 'not for individual use' label bring a jail sentence or large fine before? Bureaucratic creep that went unnoticed by the public. Like with hand sanitizers, FDA realized they were creating casual criminals and changed a rule which was making no one safer.

Trial lawyers at groups like Center for Science in the Public Interest drive settlements by being thorns in the sides of food companies with more and more labels. When they had a friendly administration in power, they jammed through even more elaborate label rules. Any business that is switching its model due to coronavirus - making take-out or delivery substitutions people want, etc. - was going to face heavy fines because their websites wouldn't meet the new label requirements, so while they were already losing money they would have to hire IT people to fix websites or get a fine.

FDA has put a halt to its last crushing regulation. That's only temporary but like with restaurant food, we are right to ask why it isn't permanent.

People want to buy more eggs but can't, because about 40 percent of egg purchases go to restaurants or distributors and are not properly labeled for homes. They are the same eggs, they go through the same quality assurance, but FDA prevents the public from using them.

Just like with dairy farmers, who are being forced to dump milk into fields while stores put up signs saying 'one gallon only', eggs would have to sit in warehouses for months because they have a commercial label and are sold in flats of 30. FDA has decided America will not collapse if these perfectly safe eggs are sold directly to consumers instead when they can't be sold to restaurants who then crack them and sell them to consumers.

Two weeks ago my wife, who is concerned about local business, bought about 20 lbs. of uncooked chicken tenders from a local restaurant. She didn't know that was against the law but I did. The restaurant certainly did but even in America's happiest social authoritarian state they were willing to break the law and sell this stuff rather than throw it in the garbage.

Did I mind? Of course not. Just because someone turns a stupid concept into law doesn't make it a less stupid concept. I also made hand sanitizer in my house, which was also against the law.

There are a whole lot of dopey laws on the books, many negotiated by lawyers looking to sue food and chemical companies. They help no one but lawyers. We'll be better off if FDA and other regulatory bodies use coronavirus as a learning lesson about being trusted guides for the public, rather than making themselves important by creating a regulatory world where nothing vital can function without them.
Science 2.0
More Articles All Articles
About