It was not unique. Over 30 percent of such Howardite-Eucrite-Diogenites (HED) meteorites that hit Earth year come from just the impact that formed the Antonia crater on Vesta. And then there is everything else happening outside our atmosphere piling on.

We're being bombarded by space dust all of the time; about 10,000,000 pounds each year, according to a new paper. 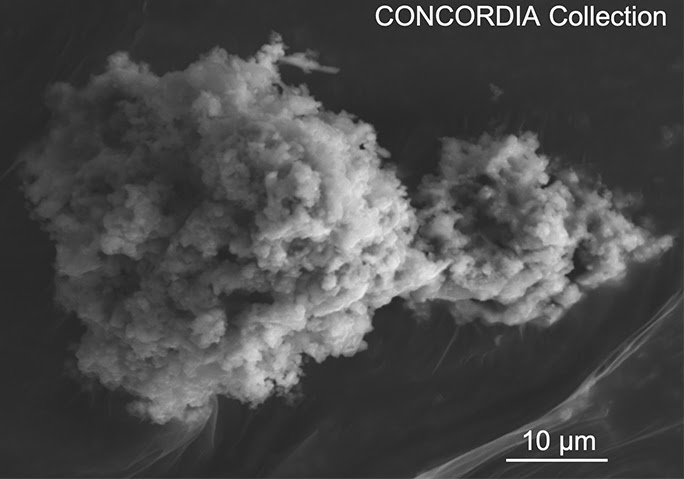 Researchers have spent 20 years gathering dust and rocks around the Franco-Italian Concordia station (Dome C) in Antarctica. It's a great location because it has little snow and almost no dust - from Earth. Using decades of data allows them to extrapolate that out and it means we are being bombarded by millions of pounds of space dust each year. The actual meteorites we detect are, by weight comparison, 1/500,000th of that.

And the dust from asteroids is only 1/4th what we get from comets.

That is a lot of cosmic dust.

But the cause of all that ruckus is a result of the solar-system-wide bombardment billions of years ago we now call the Lunar Cataclysm. And why we have the building blocks of life. In that respect, a little dust is no big deal.

(1) So large it should be a dwarf planet using the same reasoning 2 percent of astronomers used to claim Pluto is not a planet.