Food Is Essential And Fertilizer Is Expensive; A New RNA Sequencing Study May Improve Both
By Hank Campbell | March 22nd 2022 08:25 AM | Print | E-mail

Hank Campbell
When a giant chunk of the work force is told to stay home, and even paid to do it, the results can be felt for years. The US is facing supply chain issues due to conflicting stances like politicians demanding prices be kept low while workers must be paid more. Few areas have felt the pinch like agriculture. Food is simultaneously a strategic resource, a commodity, a values issue, and a commodity.

Labor costs have gone up across the spectrum, including fertilizer and crop protection tools, while politicians in states like California say if farmers, processors, and stores raise prices they are price gouging and will face lawsuits.

It's difficult for farmers, especially 2 million family farms, to win in that environment but a new study may eventually lead to increased yields and lower costs. 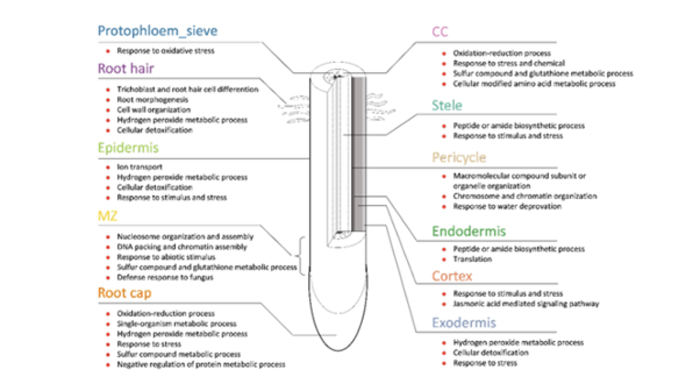 One thing environmentalists get wrong about agriculture is claiming that farmers are wantonly spraying chemicals all over crops. Organic farmers use chemicals just like modern farmers and both have thin profit margins so they don't want to waste money. They want to use exactly enough inputs to where they get good yield without blowing up their budget.

One staple, corn, benefits from fertilizer a lot but its uptake of nitrogen from soil is inefficient. The new work used single cell RNA-sequencing to characterize maize roots. They looked at messenger RNA molecules from 7,000 root tip cells grown with and without nitrogen fertilizer to create a matrix of values by cell, what genes are expressed and in what quantities and see the patterns.

The result from 11 major cell types was 85 genes for nitrate-response, some previously unknown to be involved in nitrate intake. Optimizing plants sounds easy but these are just targets for a more in-depth analysis. A lot of low-hanging fruit in science has been plucked and genetically improving crops means navigating science and then technology, but also the same politics that has agriculture in a mess.